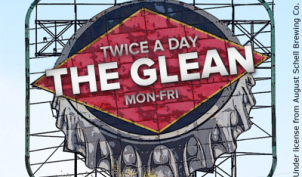 Numbers dropping. The Pioneer Press’ Josh Verges reports: “Minnesota math scores dropped last spring for a fifth consecutive year as schools across the state lopped several teaching days off their calendars due to severe cold and snow. … Fifty-four percent of students tested proficient or better in math, down 2.4 percentage points from the previous year. … The state’s pass rate in reading fell by 1 point, to 58 percent, according to yearly Minnesota Comprehensive Assessment data released Thursday by the Department of Education.”

In Austin, the education that Spam built. The Rochester Post Bulletin’s Matthew Stolle writes: “Last year, The Hormel Foundation electrified this 25,000-population city with a promise: All graduates from Austin public and private schools would be eligible for free rides to Riverland Community College. … This week they began arriving on campus. … For Marrisa McConnell, a 2019 Pacelli High School graduate, the significance of the scholarship really didn’t hit home until she saw the numbers: The savings in tuition and books for her would amount to $7,000 this year.”

Make your job count. The Forum News Service’s Dana Ferguson reports (via the Pioneer Press): “The U.S. Census Bureau is looking to hire thousands of census takers, supervisors, clerks and recruiting assistants later this year ahead of the 2020 census. … Rather than driving for a ride-hailing service, those working for the Census Bureau hope they can convince Minnesotans, along with people all over the country, to apply to help count all those living in the United States next year.”

It’s back. KSTP reports: “Crews are adding an important part of a downtown Minneapolis landmark back to the building Thursday. … According to officials, crews will install the former Dayton’s department store sign on the building once again. The sign was taken down and restored in the midst of other renovations.”

Best of both worlds? “Half milk, half nut drink? In a first, Minnesota dairy brand offers blended milks” [Star Tribune]