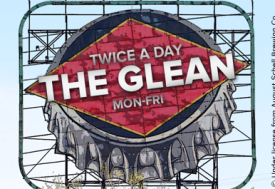 New immigration tensions in Worthington. The Washington Post’s Michael E. Miller writes: “It was the first day of school, so Don Brink was behind the wheel of his bus, its yellow paint glistening in the drizzling dawn. … At the corner of Dover Street and Douglas Avenue, a handful of Hispanic children were waiting. At Milton Avenue, there were a few more. And at Omaha Avenue, a dozen students climbed aboard — none of them white. … Those children, some of whom crossed the U.S.-Mexico border alone, have fueled a bitter debate about immigration in Worthington, a community of 13,000 that has received more unaccompanied minors per capita than almost anywhere in the country, according to data from the Office of Refugee Resettlement (ORR).”

Talk about Rich. The Star Tribune’s Paul Walsh reports: “Jurors in Texas have awarded $600,000 to former Hennepin County Sheriff Richard Stanek, who sued for injuries he suffered during a physical clash with a onetime FBI agent who promotes a view that Muslims are a widespread danger in U.S. society. … The verdict in Dallas County District Court came late Friday afternoon after an eight-day trial and two days of deliberation by jurors who weighed the evidence presented in connection with Stanek’s altercation with John Guandolo on June 28, 2017, in Reno at the Atlantis Resort and Casino during a National Sheriffs’ Association conference.”

Fueling complaints. The Pioneer Press’ Frederick Melo reports: “When a St. Paul police sergeant called the Midway BP gas station to ask for their surveillance video, the person on the other end simply hung up the phone. That was in April, and police say they’re still waiting for the video. … St. Paul police and city inspectors have labeled the 24-hour gas station and convenience store at 1347 W. University Ave. a magnet for trouble, as well as an uncooperative partner in dealing with shootings and other crimes. … They’re now seeking to strip the business of both its gas station and tobacco license following a series of troubling incidents, including an early-morning shooting this summer that ended in the death of a customer.”

A death of note. WCCO reports: “WCCO has learned that former Twin Cities archbishop Harry Flynn has died. … The Archdiocese of St. Paul and Minneapolis says that Flynn passed away Sunday night. He was 86. … Flynn was appointed to the Twin Cities archdiocese in 1994 and became archbishop a year later. He served as archbishop until 2008, when he was succeeded by John Ninestedt. … In 2002, Flynn led the national response to the clergy abuse scandal and even helped write the Catholic church’s policy.”


It’s complicated. For MPR, Emily Bright reports: “Beginning later this year, pipes will no longer be sold at Pipestone National Monument in southwestern Minnesota. … The move is the culmination of decades of contention and several years of more-formal talks about whether to continue selling pipes made from the quarries at Pipestone — spiritual objects carved from what many Native American tribes consider sacred ground.”

Can you figure out what this is? “Detroit Lakes man captures video of a strange figure flying through the sky” [Fargo Forum]

But why: “St. Paul listed as having the 2nd-highest rate of positive heartworm tests in pets” [KSTP]

Could only have been written by a Minnesotan: “How The Replacements’ Biggest Failure Created The Future Of Indie” [Uproxx]