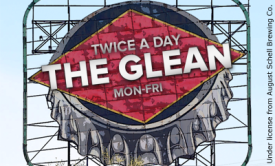 Emily Cutts at the Rochester Post-Bulletin reports on the White House Office of National Drug Control Policy’s declaration of Olmsted County a High Intensity Drug Trafficking Area: “To be designated as a High Intensity Drug Trafficking Area, an area must be determined to be a significant center of illegal drug production, manufacturing, importation, or distribution and that the law enforcement agencies in that area have committed resources to respond aggressively to the drug trafficking problem in the area.”

Reid J. Epstein at The New York Times talks to Sen. Amy Klobuchar about her frustration with the Democratic debates: “Twice during the CNN debate in July she tried interjecting herself into a conversation taking place among other candidates. Both times CNN’s moderators cut her off. Ms. Klobuchar, off-camera, turned to her husband and daughter in the audience and shrugged to indicate she was having trouble getting a word in, according to a person who sat near them. … During the first debate Ms. Klobuchar bragged about getting 34 of her bills signed by President Trump. ‘O.K., that’s a first up here,’ she quipped, to no applause.”

Dan Gunderson at MPR News writes about the use of drones in fighting waterborne pollution in northwest Minnesota: “Bryan Malone knew some of those ditch outlets to the river in Pennington County were in bad shape. … So he applied for and received a grant from the Minnesota Board of Water and Soil Resources, with money from the state’s Clean Water Fund, to monitor 53 ditch outlets across the county ‘and measure what ditch is eroding the most, what volume (of soil) is moving from year to year, and make a priority list of what ditch outlet needs the most help,’ said Malone.”

Emma Dill at the Minnesota Daily covered a hearing in the civil case against accused rapist Richard Liu and spoke with supporters of the victim: “Rose Liu … flew in from Washington D.C. to attend the hearing. … ‘To have his face be the image that’s representing this issue makes it seem like it’s one about individual misbehavior when really, for us, the issue is much bigger than that,’ Rose Liu said. ‘It’s one that’s important for Chinese women and women more generally.'”

Tyler Cashman at KARE-11 is reporting that Comcast is cutting jobs in St. Paul: “The move shuts down the St. Paul location’s onboarding and channel support departments, which are responsible for customer call center operations and internal support for the company’s sales and marketing teams.”

Solomon Gustavo at the Minnesota Spokesman-Recorder takes a look at a new Walker Art Center exhibit of ‘intensely black work’: “[Artist Theaster] Gate’s immersive gallery challenges everyone, black and white and otherwise, to think about the painful images. Brought together, noted [Walker Art Executive Director Mary] Ceruti, they confront the viewer with how the ugly, taunting sights are everywhere and how we get used to them. Putting the images into historical context helps people of all races better understand them in the present.”

No woodchippers in this one: “Lights, camera, Fargo: Filming starts next week for new movie set here” [Fargo Forum]

Big Movie Ticket: “Are You Ready for Kevin Garnett, the Actor?” [Vulture]