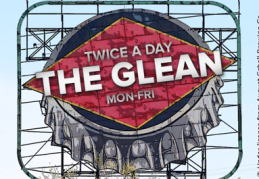 In the Star Tribune, Chris Serres says, “Brenda Pike was struggling to control the scattered, incoherent thoughts racing through her mind when she walked into a Walgreens drugstore in Savage a few weeks ago to fill her monthly prescription for anti­depressants. It was only then that Pike, who suffers from bipolar disorder and severe depression, learned that she had been dropped from Medicaid coverage and the pharmacy had no way to fill her prescription. … Pike, who drives for Uber, is among hundreds of Minnesotans who have lost their Medicaid coverage since the state implemented new financial reporting requirements aimed at reducing fraud and waste in the joint state and federal health insurance program.”

MPR’s Tim Pugmire reports: “A Minnesota lawmaker wants college athletes in the state to be able to hire agents and make money from endorsements. Sen. Roger Chamberlain, R-Lino Lakes, announced Wednesday that he plans to introduce legislation next year that mirrors the first-in-the nation law recently enacted in California. … Under the proposal, student athletes could earn compensation for the use of their names, images or likenesses without putting their scholarships at risk.”

The Duluth News Tribune’s Brady Slater writes: “A former University of Minnesota Duluth women’s cross-country and track and field coach who resigned in 2018 filed a pair of unlawful termination lawsuits this week against the university in state and federal court. In her lawsuits, Joanna Warmington, 47, alleges sex and gender discrimination, wrongful termination, creation of a hostile work environment, unequal pay and more. … UMD said Warmington’s claims have been heard — and dismissed — before, by the U.S. Equal Opportunity and Employment Commission and the Minnesota Department of Human Rights.”

This from FOX 9: “Prosecutors have charged a Richfield man with assault after they say he punched a man in the mouth in the aftermath of President Trump’s rally in downtown Minneapolis this month. Thirty-one-year-old Dwight Pierre Lewis is charged with one count of assault for the attack. According to the Hennepin County Attorney, the victim reported being hit in the mouth after the rally at the Target Center on October 10.”

For MPR, Catharine Richert says, “More than 5,000 hands-free citations have been issued since the law went into effect this summer, new data from the Minnesota Department of Public Safety shows.  The new law has made it illegal to use a cellphone while driving in Minnesota — including scrolling or surfing the internet, not just talking or texting.”

In the Pioneer Press Frederick Melo writes, “The League of Women Voters is organizing an election-related forum on garbage, and nothing but garbage. Four representatives from the ‘Vote Yes’ and ‘Vote No’ camps have been invited to sound off on St. Paul’s ballot referendum, which asks voters whether to endorse or repeal city Ordinance 18-39. The ordinance played a key role in organizing trash collection in St. Paul last October. The forum will be held at 7 p.m. Oct. 29 at the cable access studios of the St. Paul Neighborhood Network, 550 Vandalia St. It is free, open to the public and will air on SPNN prior to the Nov. 5 election.”

Jennifer Bjorhus writes in the Star Tribune: “The Fond du Lac Band of Lake Superior Chippewa and a herd of environmental groups squared off against PolyMet Mining and state regulators in the Minnesota Court of Appeals on Wednesday in their bid to reverse the company’s central permit to mine. .… PolyMet’s $1 billion project is the first nonferrous mine ever permitted in Minnesota. Though the project was fully permitted at the start of the year, the state Court of Appeals has since suspended four of PolyMet’s permits amid controversies over regulation of the project.”

At The Verge, Nick Statt reports, “Electronics manufacturer Foxconn’s promised Wisconsin ‘innovation centers,’ which are to employ hundreds of people in the state if they ever get built, are officially on hold after spending months empty and unused, as the company focuses on meeting revised deadlines on the LCD factory it promised would now open by next year.”

For Yahoo sports, Jason Owens writes: “Kyrie Irving scored 50 points on Wednesday, setting an NBA record for a player making his debut for a new team. Unfortunately for the Brooklyn Nets, they needed 52 from their new point guard. Irving’s last-second off-balance shot in overtime fell short as the Minnesota Timberwolves won a thriller in Brooklyn, 127-126.”