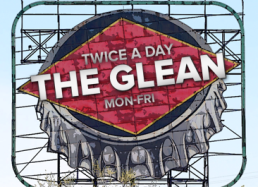 The sickness that continues to spread. Riham Feshir and Hannah Yang at MPR News are reporting on discrimination against Asian-American Minnesotans during the pandemic: “Kathy Thao felt her family was on the receiving end of virus-related discrimination last week after two delivery men failed to install her new washer. She said one of the men accused her son of being sick, even though she said he was healthy and not showing any symptoms. … Thao said, ‘And he actually told my son that, “We can’t do this.”‘”

Governing from a distance. Michael Powell and John Eligon at the New York Times examine how state legislatures are governing during this time: “In Minnesota, the only state in the nation where the legislature is split between the political parties, Democrats had an eye on paid family and medical leave; Republicans hoped to exempt social security income from state income tax. Now everyone is recalculating.”

Joining the effort. Hannah Flood at FOX-9 talks to Minnesota businesses about adjusting their output: “Woodchuck USA in Minneapolis is typically not in the medical supply business. But, over the weekend, they flipped production on its head, shifting from custom wood gifts to face shields. ‘Right now, we’re making about 35,000 units a day and we’ll be scaling that from 35,000 to 65,000 by the end of this week,’ said Ben Vandenwymelenberg, Founder and CEO of Woodchuck.”

“Putting projects on hold isn’t an option.” Jim Buchta at the Star Tribune is covering how the economic downturn is affecting apartment developments around the Twin Cities: “The stakes are enormous, for developers and the broader economy. Apartment construction led the building industry out of the recession and has since remained the dominant sector. Last year, $4.8 billion in residential construction happened throughout the 13-county metro, according to Dodge Data and Analytics. That was $1.4 billion more than commercial construction (retail, hotels, etc.) and a 7% increase over the previous year.”

Check it out: “Target says it will clean checkout lanes after every transaction” [Star Tribune]

Also, I swore at another driver while getting over here: “From drive-thru confessions to virtual services: How Minnesota congregations are adapting to coronavirus age” [Duluth News Tribune]