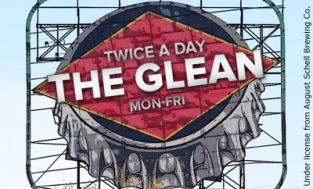 More layoffs. The Duluth News Tribune’s Jimmy Lovrien reports: “Hibbing Taconite will idle production next month until at least early July and lay off 650 employees as the demand for steel tumbles during the COVID-19 pandemic. … ArcelorMittal, which manages Hibbing Taconite and owns the largest stake in the mine, said the iron ore mine and pellet processing plant will idle May 3 and resume operation on July 6 ‘due to the unprecedented and challenging times presented by the COVID-19 pandemic.’”

Imagine applying this same concept to Election Day. MPR’s Brian Bakst reports: “Minnesota’s Republican Party won’t hold an in-person state convention next month due to the coronavirus situation. … Republican Party Chair Jennifer Carhanan said Tuesday there will be a virtual convention in place of the traditional convention that was supposed to be held May 15-16 in Rochester.”

The pandemic is highlighting some of the … odder aspects of our economy. The Star Tribune’s Adam Belz reports: “Kerry Mergen, a contract egg farmer near Albany, Minn., got word on a Wednesday the chickens in his barn would be euthanized. … The sudden drop in demand for food at restaurants, school cafeterias and caterers shut down by the pandemic has ripped through farming. Milk has been dumped, eggs smashed and ripe lettuce plowed under. … Now, farms are killing animals sooner than planned. … Mergen said he initially couldn’t believe it when a field manager from Daybreak Foods, the Lake Mills, Wis.-based firm that owned and paid to feed the flock of 61,000 birds, said they might be killed early.”

Hopefully scolding you from a distance. KSTP reports: “There have been hundreds of calls a day about crowds and the lack of social distancing at Minneapolis parks. To help encourage safe behavior, the Minneapolis Park and Recreation Board has launched an ambassador program, utilizing employees to patrol area parks. … The patrols are intended to encourage safe behavior, but MPRB won’t be fining or ticketing anyone.”

Very difficult: “‘How are we going to do this?’: Students with special needs could slip behind” [MPR]