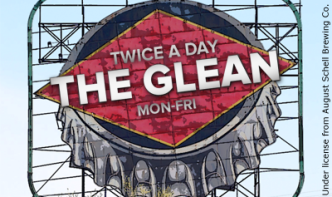 In the Star Tribune, Chris Serres reports, “Despite the mounting death toll from the novel coronavirus, Minnesota state health officials continue to conceal vital information that could affect thousands of state residents: the names and locations of the growing number of long-term care facilities where residents and staff have tested positive. The Minnesota Department of Health has repeatedly declined to disclose the information, citing concerns that releasing the names of facilities would violate state privacy laws by potentially exposing the identities of those infected with the virus.”

At BringMeTheNews, Adam Uren says, “The president of Minneapolis Parks and Recreation Board has warned people to stop overcrowding the city’s parks during the governor’s ‘Stay at Home’ order, or face seeing them close down. Jono Cowgill issued the warning in a tweet on Wednesday afternoon, which comes after a weekend where there were large crowds seen at some Minneapolis lakes, prompting criticism from Gov. Tim Walz.”

From WCCO-TV: “Minnesota’s fishing opener is going on as planned this May, but Gov. Tim Walz won’t be there to celebrate it. The 73rd-annual Governor’s Fishing Opener has been postponed. It was scheduled to happen in Otter Tail County, and that’s where it will be held in May of 2021.”

In the Pioneer Press, Bob Shaw writes: “A curious side-effect of coronavirus has emerged: the urge to purge. Trash haulers are groaning under the weight of extra garbage and household junk being discarded. … ‘It’s a way for people to stay busy. You can only go out for a walk so much,’ said Julie Ketchum, spokeswoman for Waste Management, which has customers across the metro area. “But we can’t let that overwhelm our system.’”

Also for WCCO-TV, Reg Chapman says, “Sunny days typically attract golfers to the links, but a declaration by Gov. Tim Walz – which defines golf courses as non-essential businesses — has courses sitting empty across the state. However, an online petition has more than 37,000 signatures requesting Gov. Tim Walz to allow courses to open during a time of social distancing.”

For NBC News Sahil Kapur and Josh Lederman report, “The Trump administration backtracked Wednesday evening on new rules for getting stimulus checks, saying Social Security recipients won’t have to file a tax return to receive a payment. The move is a response to pressure from elderly Americans and senators to rescind guidance issued Monday that said seniors needed to file a return to get the checks of up to $1,200, even if they weren’t ordinarily required to file taxes.”

For Politico Zach Montellaro says, “The Wisconsin Democratic Party has called for postponing Tuesday’s presidential primary and other elections in the state amid the coronavirus outbreak, splitting with Democratic Gov. Tony Evers. ‘The Democratic Party of Wisconsin endorses the call by civil rights groups and mayors across Wisconsin to postpone our April 7 election and remove barriers to safe voting by mail’, Ben Wikler, the party chair, said in a statement on Wednesday.”

Fargo-Moorhead’s KVRR reports: “Disturbing details about a murder in a house in Perham, Minnesota are spelled out in the criminal complaint filed against 40-year-old Derek Sweere. He is accused of stabbing his roommate, Brandon Snyder, in both eyes with a knife after an argument over a missing gun. Sweere then went to get a rifle and shot Snyder 15 times before getting another rifle and shooting once more.”

At MPR Paul Huttner says, “The calendar says April. That usually means we’re due for one more shot of wintry weather in Minnesota. Winter storm warnings are flying for western Minnesota and the eastern Dakotas. … Precipitation will predominantly fall as ice and snow across northwest Minnesota and the Red River Valley. There may also be some icing here, and that means a potentially nasty combination on the roads. A band of 4 to 7 inches looks likely by Friday midday across northwest Minnesota.”