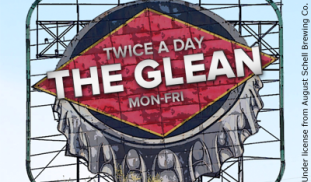 Says Chris Serres for the Star Tribune, “Despite the devastating death toll, Minnesota nursing homes are still being given free rein by state regulators to admit coronavirus patients who have been discharged from hospitals. Early in the pandemic, the Minnesota Department of Health turned to nursing homes and other long-term care facilities to relieve the burden on hospitals that were at risk of being overwhelmed by COVID-19 patients. Minnesota hospitals have since discharged dozens of infected patients to nursing homes, including facilities that have undergone large and deadly outbreaks of the disease, state records show.”

This from WCCO-TV, “The State of Minnesota has purchased a St. Paul facility that will temporarily store human remains of those who have died during the pandemic. On Tuesday, the Ramsey County Assessor’s Office released the purchase agreement for the property, located on 1415 L’Orient Avenue in St. Paul. According to the document, the state closed on the property on Monday for a price of $5,475,000. Earlier this month, the state authorized $6.9 million to the Minnesota Department of Administration for the storage facility.”

At KARE-TV, Jeremiah Jacobson says, “The Minneapolis Park and Recreation Board (MPRB) has announced plans for a gradual reopening of portions of the city’s park system, as the state of Minnesota moves from a Stay at Home order to the new Stay Safe order during the ongoing coronavirus pandemic. Under the plan outlined in a MPRB news release, 100 basketball courts, 118 play areas, 6 skate parks, nearly 500 multipurpose sports fields, and more than 120 tennis courts will be reopened.”

The Star Tribune’s Dee DePass writes: “A COVID-19 outbreak among 81 workers at Viracon’s architectural glass factory caused the Owatonna plant to close down for deep-cleaning for two days last week, health officials said. The plant has the fourth-largest outbreak among manufacturers in Minnesota, behind meat-processing facilities JBS in Worthington, Jennie-O Turkey Store in Willmar and Melrose, and Pilgrim’s Pride in Cold Spring, the Minnesota Department of Health (MDH) said.”

For MPR, Brian Bakst writes: “Republican Senate candidate Jason Lewis filed a federal lawsuit Tuesday against Democratic Gov. Tim Walz, arguing that restrictions meant to contain the spread of the coronavirus violate his ability to campaign as he wishes. The case is just one of several lawsuits over the governor’s coronavirus orders. But the unique nature of it could earn Lewis attention, something harder for political candidates to come by with COVID-19 still dominating the public’s attention.”

At BringMeTheNews Melissa Turtinen reports, “St. Anthony Main Theatre says it is reopening in June. In a Facebook post Tuesday, the theater said it’d be opening June 5 and is taking ‘many’ steps to ensure staff and movie-goers are safe. The theater says it will sell fewer tickets per auditorium with entire rows and seating groups blocked off to encourage social distancing.”

At Talking Points Memo, Kate Riga says, “Stay-at-home measures hastily slapped up by Wisconsin county governments are already falling apart less than a week after the state Supreme Court struck down Gov. Tony Evers’ (D) order and left the state in sudden free fall. And since Republicans on both the Court and in the legislature have rendered Evers’ administration powerless in issuing any new statewide mandate, there is little left to stop the state’s inexorable roll towards full and unlimited reopening.”

In the Star Tribune, Rochelle Olson writes: “The Minnesota Vikings have a new option for fans who want to start their game day with some imbibing outside U.S. Bank Stadium before the Vikings take the field. The recently adjourned Legislature gave the team authority to sell alcohol during games and other team events in the Commons park, which opened in 2016 along with the stadium and functions as its front lawn when the Vikings are playing.”