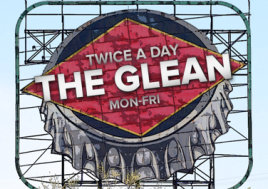 The Star Tribune’s Jeff Meitrodt says, “From car dealers to construction companies, Minnesota employers hauled in a total of $10.2 billion through the popular Paycheck Protection Program, ranking the state No. 15 in the U.S., according to data released Monday by the U.S. Small Business Administration. The program, which is credited with lowering unemployment this spring, helped employers bring back more than 51 million jobs in the U.S. at a time when the economy was crashing.”

For MPR, Catherine Rickert and Hannah Yang report: The southern Minnesota cities of Rochester and Mankato approved new mandates Monday that will require people to wear face masks indoors out in public, in an effort to help slow the spread of COVID-19. The Rochester mandate goes into effect on Wednesday — July 8. … The Mankato city council also approved the city’s mandate Monday night with the required five votes out of the seven members. It goes into effect on Friday — July 10 — and is set to last 60 days.”

Janet Moore writes for the Star Tribune: “Some employees at Metro Transit are demanding widespread changes in the way the agency serves minority communities in the Twin Cities. Spurred by the death of George Floyd and its aftermath, about 200 past and present employees of the Metropolitan Council, which operates Metro Transit, signed the June 26 letter outlining the changes they seek.”

KSTP-TV reports: “The Twins’ 2020 schedule is out, with the season opener coming Friday, July 24 at the Chicago White Sox. The 60-game schedule features 7 games at the White Sox, with 7 home games vs. the Indians. The home opener is Tuesday, July 28 vs. St. Louis.”

Says Brooks Johnson for the Star Tribune: “North Shore locals are losing patience with careless visitors trashing trails and campsites, with one resident saying: ‘We and Cook County are not here for you to beat us up.’… The majority of visitors have been following the rules, but those taking axes to pines or leaving food tins in latrines are more numerous than in recent years.”

In the Pioneer Press, Frederick Melo writes: “Lime electric scooters are coming back to St. Paul for a third consecutive summer — this time with cleaning protocols. The City Council on Wednesday is poised to approve a seasonal contract that allows 150 to 500 Lime scooters on city property through Nov. 30.”

For KEYC-TV in Mankato, Kelsey Barchenger says: “A report recently released by U.S. Department of Agriculture predicts a big jump in corn and soybean acreage for Minnesota this year. The USDA reports corn acreage is expected to increase in 24 of the 48 reporting sates, including Minnesota, which is projected to have 8.1 million acres of corn in 2020, an increase of 300,000 acres from last year. … Minnesota is expected to have 7.4 million soybean acres in 2020, an increase of 550,000 acres from 2019.”

MPR’s Paul Huttner says, “Our hot July continues through at least midweek. The Twin Cities is already running more than 7 degrees warmer than average this month. Wednesday will be the hottest day for the rest of this week. More scattered storms and highs in the 90s return. The severe storms risk returns Wednesday to much of Minnesota.”

The Pioneer Press’ Dane Mizutani writes: “After months of speculation, the Wild finally know when they will be back on the ice for actual games. At least for now. … As a part of the tentative agreement, teams will open formal training camp on July 13, report to hub cities on July 26 and, most importantly, start the qualifying round on August 1. That’s where the Wild will take on the Vancouver Canucks in a best-of-five series.”