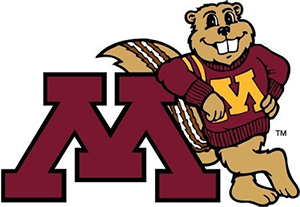 In the Pioneer Press, Diane Mizutani reports: “A total of seven athletes at the University of Minnesota have tested positive for COVID-19, according to a press release sent out by the school on Tuesday night. It’s unclear which sports these athletes play, though the press release did confirm positive tests across multiple sports. This came as a result of 170 administered tests, according to the press release, and the athletes with confirmed cases will self-isolate.”

At MPR, Brian Bakst reports, “Minnesota will commit nearly $9 million toward an all-platform, statewide ad campaign around minimizing risks, accessing testing options and taking other measures to contain COVID-19. The public awareness effort and the money for it were approved over the objections of Republican lawmakers on a six-member legislative panel. Gov. Tim Walz’s administration intends to use part of a federal relief allocation to pay for the expense.”

The Star Tribune’s Dee DePass writes, “The historic Calhoun Beach Club apartment building in Minneapolis will soon change its name, dropping the controversial Calhoun from its 92-year-old moniker, property owners have announced. In an e-mail last week to its apartment residents and athletic club members, the building owner Denver-based Aimco wrote, ‘Recent events have inspired deeper dialogue and discussion that we are engaging in. Today, in alliance with our broader community, we’re announcing our decision to remove Calhoun from our name.’”

Becky Z. Dernbach writes in the Sahan Journal: Minnesota’s Oromo community is mourning Hachalu Hundessa and demanding justice for the musician and activist who was shot and killed in Addis Ababa, Ethiopia, Monday night. He was 34. Two hundred protesters gathered at the Minnesota State Capitol in St. Paul, calling for justice for Hachalu. … Hachalu was considered ‘the soundtrack of the Oromo revolution,’ Awol Allo, a professor at Keele University in England, told the New York Times.”

Also in the Pioneer Press, Mara H. Gottfried reports: “St. Paul Mayor Melvin Carter says the coronavirus pandemic has only widened disparities that people face in the city and across the country, and he’s joined a group of of mayors across the U.S. advocating for a guaranteed income for people. … Along with fellow mayors in the coalition, Carter plans to advocate for guaranteed income programs at the local, state, and federal levels and explore cash payment programs for St. Paul, including engaging the private and nonprofit sectors to help support programs, said Peter Leggett, Carter’s communications director.”

Says WCCO-TV, “The Minneapolis Park and Recreation Board will talk Wednesday about making some changes to the homeless encampments set up in parks around the city. At Powderhorn Park in south Minneapolis, there are currently dozens of tents are set up for people without homes to live in. The park board will consider a resolution that would limit the number of parks with encampments to no more than ten, and there could be no more than ten tents in any encampment.”

Matt Sepic and Brandt Williams of MPR report, “A grand jury has issued a first-degree murder charge against an Isanti man already named in a 1993 stabbing death of a Minneapolis woman, the Hennepin County Attorney’s Office announced Tuesday. Prosecutors said DNA evidence links 54-year-old Jerry Westrom to the scene of the crime. They added a footprint inked in the blood of the victim, Jeanne Ann Childs, matches Westrom. Defense attorney Steve Meshbesher has said Westrom did not kill Childs. And he’s said other men were in Child’s apartment and the DNA and footprint evidence linked to his client are not reliable.”

Says Liz Navratil for the Star Tribune, “The top planning and economic development official in Minneapolis expects to be fired, because he signed a separation agreement allowing an employee to be paid after leaving the city. David Frank, who has led the Community Planning and Economic Development (CPED) department for nearly three years, said he believed he had the authority to sign the agreement. … In the separation letter, Frank agreed that the employee’s last day working would be March 6, but the city would pay the employee through May 31. Those terms were not approved by City Council.”

For Bloomberg, Matt Day writes: “Covid-19 cases at an Amazon.com Inc. warehouse in Minnesota last month exceeded by at least four times the infection rate of surrounding communities, according to an internal memo reviewed by Bloomberg. In recent weeks, Amazon executives and spokespeople have said that U.S. warehouses have fared no worse, and sometimes better, than adjacent communities. … The company has declined to make public how many workers have contracted the coronavirus, arguing that such tallies are meaningless without context. But the memo, based on internal data and circulated among Amazon’s health and safety team, details a sophisticated tracking regime that occurs out of public view.”

Says Brooks Johnson in the Star Tribune, “After a muted kickoff to the region’s tourism season over Memorial Day, the July 4th weekend will likely see the strongest surge of summer visitors yet. Northern Minnesota is one of the top trending Airbnb destinations nationwide going into the holiday weekend, with searches up nearly 25% over last year and available bookings quickly approaching zero. Area hotels are also starting to fill up as travel continues to rebound, with a season-high 70% capacity reported in Duluth over what would have been Grandma’s Marathon weekend in June.”