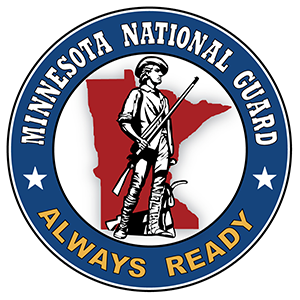 Chris Serres of the Star Tribune says, “In a troubling sign of COVID-19’s resurgence, the Minnesota National Guard has been called in to provide emergency staffing support at two nursing homes struggling to contain large and deadly outbreaks of the respiratory disease. Over the past 10 days, the National Guard has dispatched small teams of medical professionals to facilities at opposite ends of the state where dozens of residents and staff have been sickened, and where staffing levels became so depleted that they turned to the state for help. Both facilities — one in the southern Minnesota city of Austin and the other on the Iron Range in Hibbing — have active outbreaks and are isolating infected residents in separate COVID-19 units.”

The AP’s Steve Karnowski writes: “Lawyers for the proposed PolyMet copper-nickel mine and state regulators urged the Minnesota Supreme Court on Tuesday to defer to the judgment of the state Department of Natural Resources and reinstate three critical permits for the project. Attorneys for the DNR and PolyMet argued that the agency acted within its authority when it decided, after years of public environmental review and permitting proceedings, that there was no need to hold an additional trial-like proceeding known as a contested case hearing. … The Minnesota Court of Appeals rejected similar arguments in January and sent the case back to the DNR with an order to hold a contested case hearing. The adversarial proceeding would be held before a neutral administrative law judge.”

MPR’s Jon Collins writes: “Prosecutors in the trial of the former police officers charged in the killing of George Floyd have asked the judge to sharply restrict public access to court motions and evidence in pretrial hearings. … The Office of Attorney General Keith Ellison is asking Hennepin County District Judge Peter Cahill to restrict public access to all future motions and exhibits for two business days after they’re filed with the court. They say the delay will give prosecutors and defense attorneys the opportunity to object to making the information public. Prosecutor Matthew Frank argues that pretrial publicity could spread unreliable evidence that could unfairly influence public opinion.”

Stephen Montemayor of the Star Tribune reports, “Minnesota Republicans cried foul Tuesday after the office of state Attorney General Keith Ellison made what it called a ‘routine inquiry’ into the COVID-19 preparedness for a Northfield campaign rally headlined by Eric Trump, the son of President Donald Trump. Minnesota Republican Party Chairwoman Jennifer Carnahan accused Ellison of using his office to ‘play politics,’ saying state officials called to threaten the owner of a farm hosting the event. … Ellison said that the farm had previously assured his office that it had a COVID preparedness plan in place. He said his office asked for a copy of the plan and that it was still waiting to receive it as of Tuesday afternoon.”

Tim Pugmire reports for MPR: “Republicans in the Minnesota Senate are again criticizing DFL Gov. Tim Walz over his response to the civil unrest in Minneapolis earlier this year. They released a report Tuesday that blamed Walz and Minneapolis Jacob Frey for poor decision making that exacerbated violence and property damage during the rioting that followed the killing of George Floyd. … The release came three weeks before Election Day, but report co-author Sen. Scott Newman, R-Hutchinson, said the purpose was not political.”

For Fox News Audrey Conklin reports, “Two campaign staffers working for Republican Minnesota Rep. Tom Emmer have contracted COVID-19 and are in quarantine. The news comes less than two weeks after Emmer tested negative for COVID-19 following his trip Sept. 30 from Washington, D.C., to Minnesota on Air Force One with President Trump less than two days before he tested positive for the virus.”

Jim Buchta writes in the Star Tribune: “September was a more difficult month for working-class and low-income renters in the Twin Cities. With a federal assistance in limbo, 85% of people who lived in the oldest, most affordable market-rate rentals …were able to pay their rent by Oct. 6 when the grace period for late rents typically ends …. That’s down from 88% last month and 94% last year …. Cecil Smith, president of the MHA and a Minneapolis-based rental property owner, said the recent ‘slippage’ in those figures is the first meaningful decline since the beginning of the pandemic and a likely sign that many of the lowest income renters were relying on expanded federal benefits, which expired in September.”

Patrick Rehkamp at the Minneapolis/St.Paul Business Journal writes: “The Southwest Journal and its parent company are in financial dire straits, and the owners are considering shutting down both operations if conditions don’t improve soon — or they can’t sell them. The parent company, Minnesota Premier Publications, is for sale, but no buyer has been found. If more federal stimulus money isn’t approved, more advertising revenue isn’t found or a buyer doesn’t come forward, it’s difficult to see a path forward for the company, said Janis Hall, who owns MPP with her husband, Terry Gahan.…The Southwest Journal, a community newspaper that covers about two dozen neighborhoods in the affluent Southwest Minneapolis area, has been hit by a drop in advertising revenue in part due to the coronavirus, according to Hall.”

An AP story says, “South Dakota Attorney General Jason Ravnsborg told a 911 dispatcher that he had hit ‘something’ in the middle of the road the night he struck and killed a pedestrian, according to a recording of a 911 call authorities released Tuesday. When a 911 dispatcher asked if it could have been a deer, Ravnsborg said at first, ‘I have no idea’ before adding ‘it could be.’ … The 911 recording was released as state officials gave an update into the ongoing investigation into the Sept. 12 crash, in which the attorney general killed Joseph Boever, 55. Officials said a toxicology report taken roughly 15 hours after the crash showed no alcohol in Ravnsborg’s system. But even someone who had been drinking heavily would not have alcohol show up in their system 15 hours later, according to Ernest Lykissa, the lab director of a toxicology lab in Texas called ExperTox.”