Welcome to the Glean, MinnPost’s twice-daily roundup of Minnesota news. 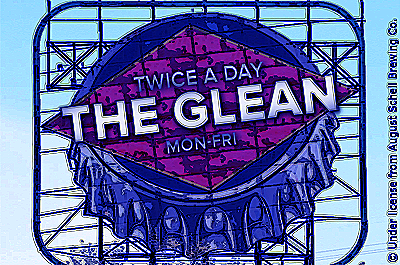 CBS News’ Steve Hartman reports students at Glen Lake Elementary in Hopkins raised $300,000 to build an adaptive playground that is inclusive to students with physical disabilities. “It just didn’t seem fair that some kids were just left out,” student Wyatt Feucht said.

MPR’s Dan Gunderson reports Minnesota has a critical shortage of jail workers. “You can’t even get to the interview process because you don’t have any applicants,” Joey Pederson, administrator of the Northwest Regional Corrections Center in Crookston, told Gunderson.

The Star Tribune’s Jessie Van Berkel reports Gov. Tim Walz is unveiling aspects of his biennial budget proposal dealing with children, families and education today. In a press release, the Walz administration said its proposal would “lower the cost of child care for middle-class families, reduce child poverty by expanding tax credits for families who need help the most, and make the largest investment in public education in state history.”

At MPR News, Angela Davis and Maja Beckstrom report that an exhibit of slavery and segregation artifacts from the collection of former Minnesota Supreme Court justice and Minnesota Vikings player Alan Page and his wife will be back on display Feb. 1.  “When Alan Page was a justice on the Minnesota Supreme Court he didn’t decorate his chamber with Vikings memorabilia … Instead, there was an old railroad sign on the wall that said ‘Colored Waiting Room.’ It was a constant and jarring reminder of Jim Crow era segregation,” they report.

For Mpls.St.Paul Magazine, Sheila Mulrooney Eldred covers why, despite a dearth of dinosaur fossils, Minnesota is a big deal in paleontology.

Bring Me the News staff report police are investigating a shooting outside the Apple Valley Cowboy Jacks, believing two men hospitalized with gunshot wounds are connected.

Sahan Journal’s Becky Dernbach reports that diverse Brooklyn Center schools are using classes like crime-scene investigation, winter sports and extra math help to re-engage students after absences and disengagement rose in the wake of the COVID-19 pandemic — and that those efforts seem to be working.