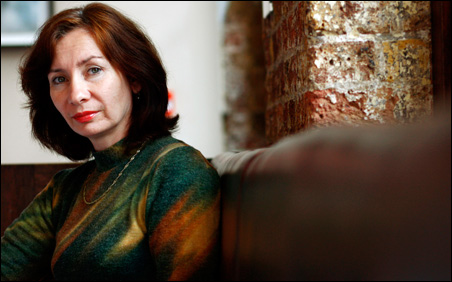 MOSCOW — Natalia Estemirova was an increasingly rare breed in Russia. Committed to exposing human-rights abuses committed by the ruthless leadership in Chechnya, she lived and worked tirelessly in the republic’s capital.

On Wednesday she was found dead.

Four men abducted Estemirova, the leading Russian human-rights worker in the troubled Caucasus region, as she left her home in Grozny at about 8.30 a.m. Wednesday, July 15. Members of her organization, Memorial, started a public outcry. In the midst of it, her body was found with two gun shots to the head, execution style. Her lifeless body was dumped in Ingushetia, a neighboring republic.

Could this be the tipping point?

In previous such murders — and there have been many — the finger-pointing has been somewhat wobbly. The regime of Ramzan Kadyrov, the 32-year-old leader who runs Chechnya as his own personal fiefdom, has managed to shrug off accusations that it is somehow involved in the spate of killings that have seen Kadyrov’s opponents fall dead one by one, in Chechnya, in Moscow, and abroad.

Some have remained silent, likely fearing revenge. For Memorial, there is nothing more to fear.

Oleg Orlov, the chairman of Memorial, Russia’s preeminent human-rights group, said Kadyrov has blood on his hands, and he plans on telling the world.

“Ramzan Kadyrov is personally responsible, not only because he leads Chechnya,” Orlov said, reacting more with raging anger than sadness over the death of his colleague. “He personally threatened Natalia, told her that her hands would be covered in blood and that he destroys bad people.” That threat came, he said, when Kadyrov dismissed Estemirova as head of the Grozny Human Rights Public Council early last year.

“We didn’t say this before because we were scared for her safety. Now we can say it. We have no doubt that her killing was ordered by Ramzan Kadyrov.”

Kadyrov has not responded to accusations that he was involved. Maybe he’ll come up with a defense like the one he gave when denying involvement in the October 2006 murder of journalist Anna Politkovskaya, with whom Estemirova often worked: “I do not kill women and have never killed women.”

Kadyrov has been accused of involvement in many high-profile killings. Politkovskaya’s murder was followed by the 2008 attack on Ruslan Yamadayev, a member of a powerful Chechen clan opposed to Kadyrov. He was shot dead in front of the British Embassy in central Moscow during rush hour. His brother was killed in March this year, slain by a gunman as he walked to his car in a posh Dubai apartment complex. In perhaps the most brazen killing, Umar Israilov, a former Kadyrov bodyguard who won political asylum in Austria after publicly accusing Kadyrov of human-rights abuses, was killed by a carload of assassins in central Vienna in January after a midday run to a grocery shop.

But these are not the killings Estemirova worked to expose. She devoted her life to the everyday revenge killings and reprisal attacks that her research showed were carried out by the Kadyrov regime against average residents of Chechnya.

Tatiana Lokshina, of the Moscow office of Human Rights Watch, returned Tuesday evening from a research trip to Chechnya, where she worked closely with Estemirova.

“We were working on absolutely outrageous cases — punitive house burnings, abductions. We documented a striking case of a public execution carried out by the authorities,” she said. “These are immensely sensitive cases. Hardly anybody touches them.”

The public-execution case could be what did it, according to Alexander Cherkasov, a colleague of Estemirova’s at Memorial. He too lay the blame with Kadyrov. “It’s Chechen officials, the Chechen leadership. Who else?”

The attacks on average Chechens tend to target families of suspected separatist insurgents, as violent anti-Kadyrov and anti-Moscow sentiment once again rises, according to Lokshina.

Moscow fought two bloody wars with Chechnya, from 1994 to 1996 and again starting in 1999. The mainly Muslim republic sought to secede from Russia in the wake of the Soviet Union’s fall, and the Kremlin fought hard to prevent what it saw as a potential domino effect of secession across its empire. Its tactics were brutal: The capital was bombed, tens of thousands of civilians and soldiers perished, disappearances and mass killings flourished. Chechen rebels responded with suicide bombings and mass hostage takings that reached all the way to Moscow.

Alongside its violent military campaign, the Kremlin sought to impose a political solution as well, installing a former rebel and chief mufti, Akhmad Kadyrov, as president. When he was assassinated in a bomb attack in May 2004, Vladimir Putin, then president, personally installed Kadyrov’s thuggish son as the republic’s next ruler.

Since then, Ramzan Kadyrov has ruled with a blank check, amassing untold wealth — in the form, partly, of fancy cars and an exotic zoo — and power in exchange for keeping the republic calm.

Now it looks like he is not keeping up his part of the deal.

“During the past month, the level of human rights abuses has been staggering,” Lokshina said. “It seems that the law enforcement and security agencies under the control of President Kadyrov are attempting to suppress an insurgency which is suddenly on the rise.” That is happening in part, she says, because of the human rights abuses continually perpetrated by the regime.

With the murder of Estemirova, there is one less voice to expose those abuses.

In October 2007, Estemirova was awarded the inaugural prize to honor the life of Politkovskaya, awarded by RAW in WAR (Reach All Women In War).

Accepting the award, she said: “Our task … is to uncover their deeds and to fight them. Anna was at the forefront of this work for many years. She is no more. Now it is up to us to continue her work.”

With each killing, that becomes less and less likely. And that, according to Memorial’s Orlov, is part of the plan.

“[Kadyrov’s regime] is doing this so Chechnya will be closed,” he said. “We were the only people who continue to say something. Everyone else is scared. We were the only ones, but apparently it was idiotic, because it ended in death.”

The question, as always, remains what is to be done? Orlov called on Putin and President Dmitry Medvedev to remove Kadyrov as leader. Judging by his brutal tactics, and his view of revenge as bloodsport, that may not be enough. It is high time the Kremlin deal with a monster of its own making. The question is: How?