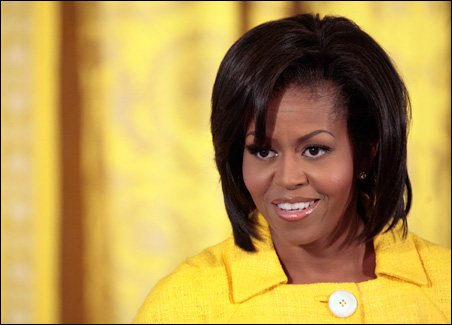 CHICAGO — The Chicago 2016 campaign delivered the news: the city council had backed the necessary financial guarantees for the city’s Olympic bid by a vote of 49-0 — as if it was a great victory on the gridiron.

But all it really demonstrated was that Mayor Richard Daley can still deliver on matters of civic pride. And at best Chicago is now back on a level playing field with the other contenders — Tokyo, Madrid and Rio de Janeiro — that have long had government protections against possible Olympic cost overruns in place.

The good news was quickly offset, though, by word that Chicago’s and America’s number one citizen, President Obama, will not be able to make the trip to Copenhagen and the International Olympic Commission meeting where the 2016 Games will be awarded on Oct. 2. Both the U.S. Olympic committee and Chicago 2016 say they have made it clear to the president — you can assume they have begged him — that they want him and need him there. The candidate cities are engaged in one of the tightest races ever — the IOC technical evaluations barely distinguished between the quality of all four proposals — with the consensus that each is capable of staging a first-class Olympics. So Chicago 2016 was counting on a charm offensive by the president, whose considerable charms are acknowledged by even his political enemies, to deliver the Olympics home.

A visit by the chief of state has proved to be the winning formula at each of the last two Olympic votes: in 2005 when former British Prime Minister Tony Blair traveled to Singapore for the IOC confab and orchestrated an upset for London 2012; and again in 2007 when then-Russian president Vladimir Putin traveled to Guatemala City for the IOC vote and left with an upset victory for Sochi 2014.

Of course, it is not only Chicago that has taken notice of how susceptible the IOC is to flattery from the world’s most powerful people. If Obama decides to make the trip, Chicago will once again be playing catch up, as Spain’s King Juan Carolos, the Brazilian president and both the new Japanese prime minister and Japan’s royal family have already committed to Copenhagen.

Obama may be hard to match for a combination of charm and power, but the Spanish king was a 1972 Olympian in sailing, a distinction that gives him a special relationship with the IOC members. (Japan would have boasted the same advantage had prime minister Tara Aso, a 1976 Olympian in shooting, not been routed in that country’s recent election.) Still, Obama would figure to have some sway with the African delegates that have no natural candidate and might find ties that bind in the president’s African heritage.

IOC president Jacques Rogge has said that Obama’s absence will not hurt the Chicago bid. But absent a sympathy vote for a city that couldn’t deliver its star, it’s hard to imagine that it doesn’t cost Chicago a bit of its luster. And a video appearance is no substitute. Even Chicago 2016 CEO Patrick Ryan conceded that “everybody would be disappointed” simply because “it would be thrilling to meet Barack Obama.”

Ryan and Chicago 2016 quickly came up with a consolation prize in the form of the First Lady. Michelle Obama, a woman of no mean charms herself, will now lead the American delegation to the IOC meeting in Copenhagen. The President, who has backed the Chicago bid enthusiastically in both word and deed, appears to be making a smart decision to stay home. He is in the middle of the biggest and most critical political battle of his career and, however appealing the notion of a hometown Olympics might be, doesn’t need the distraction of a campaign that many Americans would regard as relatively trivial and parochial. Indeed it might be better if Obama had the opportunity to make the trip on behalf of another American city. The recent run of business-as-usual scandals in Chicago might make Obama’s mission on the city’s behalf seem like just another dealmaker’s quid pro quo. Moreover, if the president unleashed the full Obama on the IOC and returned home empty-handed, it might compromise his clout in the more critical political skirmishes that lay ahead this fall in Washington.

And if Chicago 2016 decides it requires more charm in Copenhagen, maybe another first lady, Oprah, would be available to double-team the IOC. Hard to imagine anyone could resist the two lady O’s.