MinnPost’s Good Jobs beat is made possible by a grant from MSPWin, a philanthropic collaborative committed to strengthening the workforce in the Twin Cities metro area. MSPWin plays no role in determining the content of the coverage.

In March, the Minnesota Department of Employment and Economic Development (DEED) awarded more than $2.8 million in grants to fund projects aimed at retaining and upgrading the skills of thousands of private companies’ employees across the state.

The project is part of the Minnesota Job Skills Partnership (MJSP), a decades-old program administered by DEED that provides Minnesota-based businesses and partnering educational institutions year-round grants three to four times a year.

In the most recent round, the program gave money to more than a dozen projects that will provide professional development to nearly 3,000 employees, including Wilson Tool International and Anoka-Ramsey College; Kraus-Anderson Construction and Anoka-Ramsey Community College; Imagine! Print Solutions and Hennepin Technical College; and Ebenezer Management Services and Minnesota State College-Southeast Technical.

“The goal is that the business has a trained workforce … as their technology develops or as they bring new workers into their workplace,” explained DEED Commissioner Katie Clark Sieben, who left the agency last week and was replaced by Shawntera Hardy.

“It’s a great program,” said Ravi Norman, CEO of the Minneapolis-based Thor Construction, one of the largest African American-owned businesses in the nation, but “I think there needs to be probably some enhanced intentionality on the marketing.”

Since Mark Dayton was elected governor in 2011, the MJSP program has given out more than $40 million in grants for training workers. 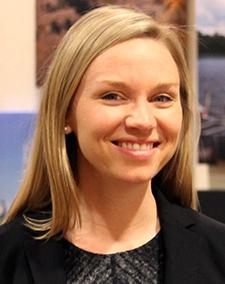 About 70 percent of those grants go to Minnesota manufacturers, followed by health care and human service businesses, said MJSP Director Paul Moe. “I think it’s critical for the state of Minnesota because, currently, we have a very low unemployment rate,” he said. “Having skilled and competent workers is critical to meet the need to be globally competitive.”

To obtain an MJSP grant, a company and an accredited college or university are required to co-apply and demonstrate how the pair would collaborate to create a curriculum and training program for the company’s employees. (The MJSP grant has two types of applications: a large grant of up to $400,000 and a small grant of up to $50,000. Interested companies then apply for either grant, depending on their size and income.)

To apply for the larger grant, employers are mandated to make a matching fund of at least $300,000. They’re also required to demonstrate that the training will result in increased wages, have more minority trainee participants and make an attempt to recruit economically disadvantaged workers.

The 12 board members of MJSP select the grant recipients, with Moe making recommendations.

When recipients are identified, DEED gives the money directly to the academic institutions that design the training programs for employees. For example, one of this year’s grant recipients, Anoka-Ramsey Community College was awarded $360,000 to train hundreds of Kraus-Anderson Construction employees in innovation and creativity as well as enhancing their technology and leadership skills. 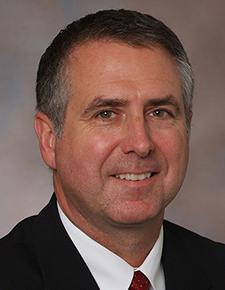 Officials noted that professional development programs like MJSP are particularly crucial at a time when technology evolution continues to change the landscape of so many industries across the nation. “The pace of construction of a number of projects in the state has grown dramatically in the past three years,” noted Mike Smoczyk, director of professional development at Kraus-Anderson, which is headquartered in downtown Minneapolis. “There are so many more new technologies and complex systems.”

For its project, Kraus-Anderson matched the state funding with nearly $1.5 million of its own, and Anoka-Ramsey Community College contributed $32,000. The program is expected to train 400 employees, including 40 new hires.

“It’s about updating the skills of their employees so that they can better do their work,” noted Steve Jones, director of professional and workforce training at Anoka-Ramsey College, who is leading the curriculum development project for Kraus-Anderson. “This is important not only for the company, but also for the employees. It helps them to develop as individuals.”

As effective as the program may be, however, some black leaders say DEED could and should do more to reach out to minority business owners who could possibly benefit from the grants.

Indeed, it’s not that there is no money available to help black business owners, said Shatona Kilgore-Groves, founder of Black Women’s Expo and Job Fair. The problem is that most of those business owners don’t know about them. “If we don’t know, then we won’t apply,” she said. “And so that puts us at a disadvantage.”

Critics also say such outreach could also make the grants more competitive. Though 14 projects received $2.8 million in the latest round of grants, the MJSP board received only 15 applications. 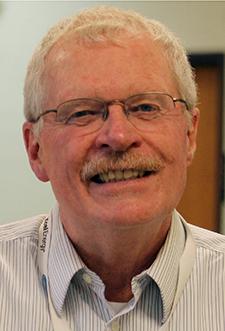 Norman, the Thor Construction CEO, urged state officials to be more proactive in their efforts to expand the reach of the grants. “If we want to be inclusive in nature, sometimes we have to go a little bit above and beyond to help make that awareness,” he said. “When there are assets like these that can be taken advantage of, we want to make sure that everybody is aware of the opportunities because it just makes it more inclusive and hopefully it broadens the impact.”

Moe, the program director, noted that MJSP remains the “finest training” programs in the nation. And that business owners who are interested in DEED’s programs can seek information on the agency’s website or come to the building for questions.

Moe said his team “bends over backwards” to share information with anybody interested in learning about the MJSP grant applications, and that he and his team reached out to places like the Minnesota Chamber of Commerce, organized labor as well as colleges and universities in the state. “Our grants are open to every business,” he said. “If you’re a Minnesota business, it doesn’t make any difference if you’re a Hispanic, a Native-American, an African-American or a Norwegian-American. It doesn’t make any difference who owns the business.”

For years, a state program has successfully helped employers upgrade worker skills. Could it do more to help minority businesses?