News
Good Jobs
MinnPost’s Good Jobs beat is made possible by a grant from MSPWin, a philanthropic collaborative committed to strengthening the workforce in the Twin Cities metro area. MSPWin plays no role in determining the content of the coverage.
May 18, 2016

Eight years ago, Christian Diby was trying to complete his math and science requirements at Minneapolis Community and Technical College in order to become a registered nurse.

He had picked the program because it was the one program he knew could lead him to a career in the sciences — though his heart yearned to work in a laboratory rather than with patients. “I told myself that the program could get me a job soon after graduation,” he said of the decision to pursue a nursing degree. “Also, its courses would be counted in case I wanted to go for medical school.”

In 2008, however, Diby discovered medical laboratory sciences (MLS), a bachelor’s program that would certify him to perform the sort of hospital laboratory testing he had always wanted to do. And he eventually left his nursing studies for the MLS program at the University of Minnesota.

Diby was hardly alone in his interest in the medical laboratory sciences field. Over the last several years, MLS degrees have become increasingly popular among students, who are attracted by good salaries and a healthy employment outlook for those who successfully complete such programs.

Yet that popularity has also created a unique challenge. Despite a need for trained medical laboratory scientists in Minnesota and throughout the country, students in the field are being turned away by degree-granting programs because of a limited availability of clinical placement slots, a critical requirement of MLS training.

Medical laboratory scientists play a critical role in the healthcare field. Janice Conway-Klaassen, director of the medical laboratory sciences program at the University of Minnesota’s Center for Allied Health, noted that 70 percent of doctors’ decisions about diagnosis and treatment, as well as hospital admissions and discharges, are based on laboratory test results that MLS professionals conduct.

Due to the approaching retirement of baby boomers and the expansion of health coverage under the Affordable Care Act, the profession is currently facing a tight labor market, one that is expected to continue for years. In fact, the number of MLS jobs in Minnesota is expected to increase by 13 percent over the next decade, according to the Minnesota Department of Employment and Economic Development.

Those numbers mean MLS grads are in high demand, so much so that Conway-Klaassen said that 90 percent of the students in the U’s program land jobs within six months, many of them getting offers during their senior year of college. It also means those students can expect to earn competitive salaries. The starting pay for a laboratory medical scientist in Minnesota is around $57,000.

“That’s why a lot of people are interested in it,” said Conway-Klaassen. “For students who are science majors, it’s also a very good stepping stone if they want to go medical school, dental school or pharmacy school.”

Yet educational institutions are struggling to meet the demands of both students — and those who want to employ them. That’s because of the critical requirements of MLS programs: clinical rotations at hospitals and clinics that currently have a limited number of placements available for student training. 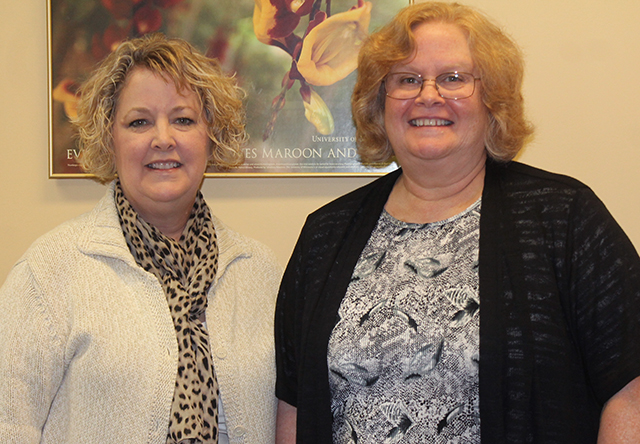 At the University of Minnesota, for example, the MLS program admits about 50 students each year, though almost twice as many students apply. “The limit of how many students are admitted to the program is based on how many clinical sites we have,” Conway-Klaassen said. “If I only have 50 clinical placements projected for that year, I can really only admit 50 students. Otherwise, somebody gets delayed, and that’s a problem for us.”

The clinical placement limitations have also led the MLS program leaders to tighten the admissions process. At the U of M, students must meet science and math prerequisites while maintaining a grade point average of 2.75 or higher.

“The reason we have that as a requirement is that our classes are hard,” Conway-Klaassen said. “We find that students who have a grade point average less than that struggle when they come into our program.”

Several years ago, the university added two other components to the application process for the program: an interview and skills testing, which are meant to ensure that students are able to process information and follow instructions. “That interview is really kind of a way for us to get to know them,” said Lorna Ruskin, assistant professor at the University of Minnesota. “But we have some standards that they have to meet in some of those interviews. We have a rubric that we use to evaluate them.”

Minnesota is hardly alone in dealing with the situation. Nationwide, though MLS education programs produce 6,000 medical laboratory professionals each year, more than 7,000 laboratory jobs become available, according to a report released last November by the American Association for Clinical Chemistry.

And the situation isn’t likely to change anytime soon. The AACC noted that school closings throughout the country have reduced the number of MLS programs by 15 percent over the last two decades.

Digby, for his part, completed his MLS program from the U in 2012. Just three weeks after graduation, he secured a full-time job at Children’s Hospital in Minneapolis. “I’m really, really happy that I chose that route,” he noted. “The job market is excellent and so is the pay.”

And though he knows several people who have struggled to get into the MLS program at the U of M, he still encourages his friends to go into the field.

“I tell my friends to go for the program,” said Diby, who’s now a laboratory scientist at FirstLight Health System in Mora, Minn. “I didn’t regret it, and I know they won’t regret it.”

Medical laboratory science grads in Minnesota are well paid and sought after. So why aren’t universities producing more of them?