News
Good Jobs
MinnPost’s Good Jobs beat is made possible by a grant from MSPWin, a philanthropic collaborative committed to strengthening the workforce in the Twin Cities metro area. MSPWin plays no role in determining the content of the coverage.
June 3, 2016

Okey’s career journey began a year ago, when she registered last March at Prime Digital Academy, a Bloomington-based coding boot camp that provides accelerated programs in HTML, CSS and Javascript coding languages, among other things.

Prime and two other educational facilities — IT Ready of Minneapolis and The Software Guild of St. Paul’s Concordia University — have become popular training grounds in the Twin Cities metro area for students like Okey, who are seeking opportunities to gain technology skills in a short period of time.

Today, the three technology training schools are also partners in TechHire, a White House initiative unveiled last year that’s designed to train people for information technology jobs who have long been underrepresented in the industry.

“The initiative basically gets people who have no knowledge about programming to be able to become full developers in 18 weeks,” said Okey, who graduated from Prime last June.

In the spring of 2015, President Obama announced Minneapolis as one of the first cities to participate in the initiative. The city has long-funded local programs, like IT Ready, to help increase access to tech jobs among women and people of color. But TechHire, which will award $100 million in grants to communities throughout the nation, has allowed the city to expand its efforts.

As part of the program, last year the city joined forces with Prime Digital Academy and the Software Guild (while continuing to work with IT Ready) and 60 regional employers. The goal is to produce a well-trained and diverse workforce to help fulfill the needs of the region’s fast-growing tech industry by providing scholarships at the partner educational institutions for women and people of color who are residents of Minneapolis and live on less than 200 percent of the federal poverty guidelines. 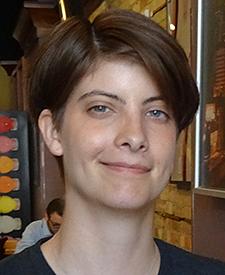 “Right now the tech industry … is not as inclusive as it needs to be,” said Mark Hurlburt, president and co-founder of Prime Digital Academy. “And as a result, it really has some blind spots in terms of empathy for various groups.”

In its first year, the TechHire initiative trained nearly 320 people in Minneapolis — with 200 of them having gone on to get full-time tech jobs at 150 employer partners throughout the Twin Cities area, including Best Buy, Wells Fargo, Target, UnitedHealth Group, Hennepin County and Allina Health.

“We have a very high job placement rate, and we have excellent business partners,” said Deb Bahr-Helgen, director of the employment and training program at the city of Minneapolis. “Employers are kind of hungry for new talent.”

That was Okey’s experience. When she graduated from the program last July, she was able to secure a full-time associate software engineer post at SmartThings in just two weeks. “Everybody that I went to the program with, as far as I’m aware, is employed right now,” she said. “And that’s a huge win for the community in general. All the companies in the area are looking for developers. Now there is this new pipeline of developers available.” 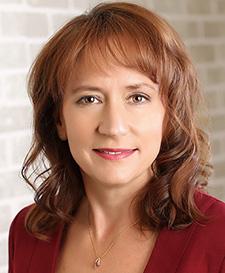 The jobs TechHire graduates get also tend to pay well. An entry level job seeker with software developer skills typically earns between $50,000 and $60,000, according to data from the city. And those specialized in computer user support earn starting salaries of $40,000 a year.

Now the city is hoping to expand the program. Officials have applied for a national grant of $4 million to make the program available to anyone from the seven-county metro area who meets the TechHire criteria — funding that would provide tech skills to about 500 people.

“TechHire definitely changed my life for the better,” Okey said. “I couldn’t have done it without the support of the community and the scholarship that I got through Prime.”