It’s no secret that Minnesota has seen an increase in its racial and ethnic diversity in recent decades. Four decades ago, people of color made up only 4 percent of the state’s population. Today, that number is 17 percent.

This increase in the population of those communities, however, hasn’t been equally reflected in the state’s workforce: Though unemployment rate statewide is 3.5 percent, it’s nearly 15 percent for black Minnesotans.

In response to the racial disparities that have long persisted the state, earlier this year Gov. Mark Dayton appointed James Burroughs, an attorney and longtime leader around equity issues, to head a newly-formed inclusion office — a post aimed at increasing the percentage of state government jobs held by minority workers.

Previously, Burroughs served Minneapolis Public Schools as the executive director of the now-defunct equity and diversity department, overseeing plans to implement diversity, inclusion and integration training in schools. (Full disclosure: I worked for MPS as a communications specialist during the same time Burroughs worked there, though I didn’t work for him).

Last week, he sat down with MinnPost to talk about his plans for the office, how he hopes to create more opportunities for minority workers, and the challenges he faces as he works on implementing those strategies.

MinnPost: Gov. Dayton appointed you as the chief inclusion officer for the state of Minnesota just a couple of months ago. What are your plans for the office?

James Burroughs: We’re working on increasing the diversity of the [state government] workforce, which is currently 10 percent people of color. The governor and his cabinet want to increase that number to 20 percent by the end of his term. That’s why we’re aggressively looking at ways to increase our recruitment and retention efforts to attract more employees of color.

Also, we have some senior-level employees who have been working for the state for years. But they haven’t necessarily had an opportunity to develop their skills or get promoted. So, we want to make sure we retain them and promote those employees so they can become our best recruiting forces as well.

We want to make sure that we spend more money on people of color, those with disabilities and the veteran community. Last year, the state government spent about $130,000 on African American-owned businesses and $77,000 on Native American-owned businesses. We want to increase that tremendously — in order to encourage workforce growth and development. That’s because, generally, minority-owned businesses tend to hire more people who look like them. So, if we help those businesses grow by investing in a number of contracts, they’ll continue to hire more people of color.

My office is also engaging traditionally underserved communities. We want to make sure things happen in collaboration with the community rather than happen to the community. A lot of times, in the legislative process, we don’t have that many people of color who are a part of the decision-making process. They aren’t at the table when bills and policies that affect them are approved. So my goal is to increase that community engagement.

MP: And how do you plan to do that?

JB: For example, when the office of the governor or our legislative team comes to me with policies around criminal justice and social justice, I’ll ask them: “Who is at the table with you? Who are you talking to? Who are you getting involved in the construction of this policy?” We want to make sure that we don’t make important decisions in isolation. Members of our diverse communities must be at the table.

MP: Does your office focus only on state government jobs? Or is your job also to engage all state employers, including the private, public and non-profit sectors?

JB: We’ll start with state government jobs. The state has 34,000 employees. If you add that number to the number of jobs available at Minnesota State Colleges and Universities and the Met Council — which operate as state entities, though they’re not part of the state government — you have 50,000 jobs. So, we figure that we will increase the diversity within our state government jobs, which we have more direct control over.

But we also want to encourage other businesses to increase their diversity as well. For example, we are encouraging people (who are not minority business owners) who have contracts with us to hire subcontractors from disadvantaged communities. That will help the state economy and non-state employees find employment opportunities.

In addition to that, we’ll partner with groups who are focused on diversifying our regional workforce. We want to create a regional diversity plan, where we’re all recruiting diverse employees, not only for state government positions, but also for employers across the region.

MP: Why did Gov. Dayton create the inclusion office now? As you know, racial disparity has persisted in the state for many years.

JB: The growing number of people of color is one of the reasons the governor created the office. When I moved here in 1992 [from Detroit], Minnesota was much less diverse, racially, ethnically and culturally. Today, the state sees an increase in the number of people from communities of color. 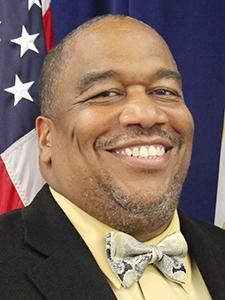 In addition to that, our population of young people of color will be the majority by 2035, not majority white any more. So, we’re looking for workforce transition. And with that transition, we should increase our diversity and inclusion efforts in the workforce.

MP: You’ve been in office for about three months now. What have you done so far, and what do you plan to do in the coming months?

JB: We recently had a networking event with businesses executives from the Asian-American community. These executives, who represented different companies, met with 14 of our commissioners and people in leadership positions to build relationship and trust. We’re encouraging our leaders in state government offices to increasing their networking with ethnically and racially diverse leaders so when we have job openings, we can reach out to folks who are already in our network.

Likewise, we have met with the Minnesota Association of Black Lawyers and the Minnesota Black Chamber of Commerce to develop that pipeline for businesses and employees.

Also, I’m meeting with about 15 Latino leaders to talk about what we can do differently in order to do more recruiting in the Latino community — and to build better relationships. I’m going to do the same with the Native American community, with the East African community as well as with the Hmong and Asian community.

We plan to create a leadership academy that will focus on people of color and people with disabilities who we want to keep in government jobs and develop their leadership skills. We need to have such networking and training opportunities in place so when our commissioners are looking for deputy commissioners or directors, there’s a pool of candidates who are ready and prepared for these positions.

MP: It is not always easy to implement changes in big governmental institutions. How are you going to make these changes happen?

JB: Yes, it’s important to have the strategies and policies to do business. But we also need to change the culture and the climate of our workplaces. You can recruit as many people as you want, but if they’re coming into a very negative culture, they’re not going to staying long. In changing the culture and environment, we’re going to work with our leaders and also reach out to our own staff to tell people what they need to work on.

One of the things that the governor is committed to is not only to put this in place in the next two and a half years, but he wants to integrate it into the work that we do so it’s sustainable long after he’s gone. To do that, you have to change the focus on culture and climate.

MP: How many staff does your office have?

JB: Just two: myself and my aide, David Collier. The goal is not to grow the office too much. However, we may have to add another leadership position to help me implement some of the strategies.

MP: What sort of challenges do you anticipate as you implement these changes and strategies?

JB: We expect lots of them. But here are a couple: Making people aware that these changes and strategies we’re talking about are priorities. They’re not things to do outside of your work; they’re part of your work.

The other challenge is making people understand that it’s not just about the number of minorities we recruit; it’s also about changing the culture and climate about how we do work.

The last one is helping the community understand what the inclusion office actually does.