News
Good Jobs
MinnPost’s Good Jobs beat is made possible by a grant from MSPWin, a philanthropic collaborative committed to strengthening the workforce in the Twin Cities metro area. MSPWin plays no role in determining the content of the coverage.
March 28, 2017

The University of St. Thomas is kicking off its three-day annual The Forum on Workplace Inclusion conference at the Minneapolis Convention Center on Tuesday, a gathering aimed at promoting diversity and inclusion in the workplace.

Now the biggest event of its kind in the country, the forum is designed to “ignite change” in those holding executive posts in companies throughout the world, said Steve Humerickhouse, the forum’s executive director.

The conference, which runs Tuesday to Thursday, has drawn an estimated 1,300 participants representing 300 organizations in 40 U.S. states and over a dozen countries, including Australia, Denmark, India and Singapore. Forum attendees come from various industries in the workforce, including health care, major corporations and nonprofit organizations, and many are senior executives and human resource officers charged with their companies’ diversity and inclusion efforts.

Some of the hundreds of employers at the conference include J.P. Morgan, the Federal Reserve Bank, the Pentagon and the Air Force. “They’re all coming because the idea of diversity and inclusion is important to them both as employees as well as people who are running businesses,” said Humerickhouse.

The origins of the conference date back to 1988, when Minneapolis Community and Technical College hosted a two-hour video conference for African-American managers to discuss challenges and opportunities in the workforce.

Over the next few years, the forum was extended, becoming a full-day conference for anybody involved in human resources in the Twin Cities, with keynote speakers, workshops and breakout groups.

In 1997, the University of St. Thomas assumed administration of the conference when it was still open to local workforce leaders only. “It was all local,” Humerickhouse said. “Local sponsors. Local planning committee. Local attendees.” 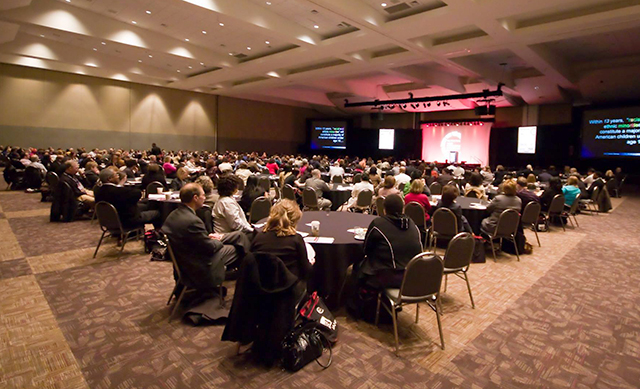 Photo by Grant Griebenow
An image from the 2009 Forum on Workplace Inclusion conference.

After Humerickhouse was hired to head The Forum on Workplace Inclusion in 2002, he led the initiative to make the conference global, drawing participants from corporations in the U.S., Europe and Asia. “I had come from doing international event planning and I just thought there were opportunities to bring other voices outside the Twin Cities to expand the conversation,” he said. “We started bringing speakers from outside, which really helped to give a different kind of flavor to the conversation.”

He began inviting nationally renowned speakers from the East and West Coasts — leaders who have made positive contributed to the country through their work in the media, politics and business.

Elsa Batica, a former director of social action at the Minneapolis YWCA who was invited to speak at the conference in its infancy, said she’s watched the forum grow to become the nation’s leading event on diversity and inclusion.

In its early days, Batica says, the conference focused on raising awareness about the importance to diversify the workforce. Then leaders noticed Minnesota’s demographics changing as more people of color and refugees have found a home in the state. “We started talking about the world ‘inclusion,’” she said. “How do we include them?” 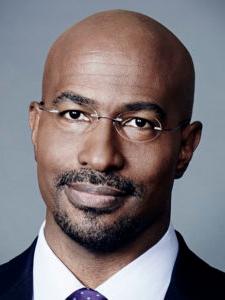 The debate over diversity and inclusion in the workplace has been around for decades. For many people, said Humerickhouse, diversity could mean having black and white people, gay and straight, male and female, millennial and boomer. “Those are the obvious things,” he added. “But there are all kind of things in between — disability, the origin of your birth, nationality, cultural issues, language spoken, conservative, liberal.”

Inclusion, on the other hand, is engaging those who are already at the table, said Humerickhouse — and treating all of them the same way, despite their race, age, gender and background. “I think people know what it feels like to be excluded and what it feels like to be included in any social setting or on the playground,” he added. “And that isn’t any different than what we’re talking about here.”

That’s what the more 200 speakers at the conference will talk about in the next three days, including keynote speakers Van Jones, a CNN commentator and former adviser to President Obama; and Gov. Mark Dayton, who will address the audience on Wednesday.

Wait, Minneapolis hosts one of the biggest international conferences anywhere on workplace diversity?