News
Good Jobs
MinnPost’s Good Jobs beat is made possible by a grant from MSPWin, a philanthropic collaborative committed to strengthening the workforce in the Twin Cities metro area. MSPWin plays no role in determining the content of the coverage.
Sept. 15, 2017

Even as more and more companies highlight the importance to diversify their workplace, there’s been increasing recognition that unconscious bias — around issues of race, age and sex — is a widespread issue, especially in the hiring process.

“We know that people make assumptions based on what companies people were employed with and where they got their education, so on and so forth,” said Sandee Joppa, Executive Director of RealTime Talent, a public-private partnership focused on using data to address workforce issues in Minnesota.

Now, a joint effort by RealTime and the Minnesota Chamber of Commerce is hoping to do something about the issue.

Launched earlier this year, the MN Job Match platform uses a set of “statistically-validated” questions that draw more information from both employers and job seekers than they would typically share in job descriptions and résumés. The goal is not only to improve employee recruitment for the companies who use it, but also help reduce bias in the hiring process.

Or as Joppa says: “The system does a really nice job of reducing some hiring bias that can happen on the front end of the process.”

The main reason that MN Job Match system was created wasn’t to address bias, but rather to respond to the mounting outcry from business owners struggling to find qualified workers to fill job openings throughout Minnesota.

So during the 2016 legislative session, lawmakers allocated funding to have RealTime create an online tool that blind-matches job seekers to perspective employers. Today, 19 organizations across the state are hosting or co-hosting the platform.

The MN Job Match platform operates much like online dating websites. People can set up accounts, create profiles and fill out the drop-down files with the basics, like name, location and contact information. It also allows candidates to upload their résumés, post their work and education history, select the jobs or internships that best match their skills and answer questions about their preferences, interests and desired workplace environment. (Each job title asks different questions.)

As soon as the candidates complete the application process, they receive an email or a text with a list of openings that matches their skills and interest. If they’re interested, they notify the employers by “requesting” them. 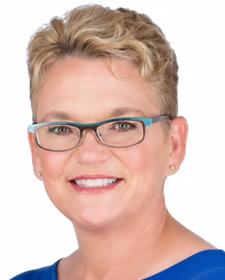 In this initial stage, the matching process isn’t based on the applicant’s name, job title or work and education history, but their responses to the questions — something Joppa says is different than many job matching systems.

“The way most online job listing platforms work is that you put your resume in there and there’s a resume [reader] that will select it based on keywords and filters,” she said. “That’s how that position matches with a job description.”

But that isn’t an effective way to recruit employees, she added. That’s because employers, on average, tend to spend less than eight seconds looking at a résumé. And even then, they focus on certain elements in a resume: name and gender, education level and school attended, previous job positions and employers.

That’s where MN Job Match can help, said Sean O’Neil of the Minnesota Chamber of Commerce — by factoring out some of the assumptions inherent in that process. “Those kinds of arbitrary things that might prevent a candidate from moving on to the hiring process get de-emphasized and moved on until later in the process,” O’Neil said. “Their skills and interests are some of what an employer is seeing and getting matched with, rather than what you just see on somebody’s résumé.”