News
Good Jobs
MinnPost’s Good Jobs beat is made possible by a grant from MSPWin, a philanthropic collaborative committed to strengthening the workforce in the Twin Cities metro area. MSPWin plays no role in determining the content of the coverage.
Nov. 28, 2017

Last year, when former stay-at-home mom Kelley Carlson decided to go back to work, she worried about what kind of job she would be able to get after a decade out of the workforce.

So she enrolled in a 12-week training program in manufacturing at Avivo, a Minneapolis-based nonprofit that provides career and technical education as well as chemical and mental health services.

When Carlson completed the program in May 2016, she managed to secure a full-time entry-level production line job at the Brooklyn Center-based Precision Inc., earning $11.70 an hour.

Carlson could rightly be seen as a success story, for both Avivo and the state of Minnesota. After all, Avivo is among hundreds of organizations that provide employment training and placement services — initiatives often funded by state agencies like the Minnesota Department of Employment and Economic Development (DEED), which for the 2018 fiscal year has allocated more than $160 million for such programs.

But not all programs, or their outcomes, are equal, which brings up an obvious question: How does DEED measure the programs’ effectiveness?

The system also makes those outcomes available based on the level of education, race, ethnicity, gender and geography of the participants, demonstrating how the programs are leading the unemployed and underemployed to industry-recognized credentials while also meeting the demand of employers.

“People are able to find employment as a result of their participation in the program,” said Rachel Vilsack, agency and performance manager at DEED. “They’re seeing some type of wage gain or quality in their employment.”

The outcome of each training program might be different based on the population it serves. Programs that serve people with disabilities, for instance, may have a different outcome from the ones serving people who are not. 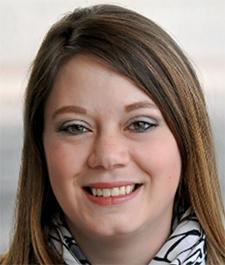 Looking at one of the agency’s most popular employment training program, Pathway to Prosperity, the Report Card noted that 76 percent of participants enrolled in the program between July 2015 and June 2016 were making $11.55 an hour. Within months of their graduation, however, the participants found jobs that paid $13.46 per hour.

Also, about 55 percent of the graduates earned industry-recognized credentials that they can take from one employer to another. (Not everyone in job training programs seeks a credential, which makes the 55 percent a significant gain.)

Individuals who were unemployed prior to participating in the training program, Vilsack said, started making $11.36 per hour as soon as they completed the programs, and a couple of months later, they saw an increase of $1.13 per hour in the wages.

Most people attending DEED’s programs joined some of the state’s most in-demand fields, including education and health services, public administration and hospitality services as well as construction and manufacturing.

Prior to participating in the program, Vilsack said, only 10 percent of the participants had full-time jobs; many were unemployed or held “multiple” part-time jobs to couple together the equivalent of full-time earnings. But after completing the program, 29 percent of the part-timers landed full-time jobs. “That’s, for those individuals, a quality gain, not only in their employment life but probably in their family life as well,” she said.

Avivo leaders use their own, albeit similar, system to measure the effectiveness of their programs, which offer classes in computer skills, maintenance technician and health administration.

Most of the people seeking employment training at the organization, said Avivo President and CEO Kelly Matter, are either unemployed or have part-time jobs that don’t pay livable wages.

The largest percentage of individuals who come to Avivo — a licensed and accredited post-secondary school — are those who receive government assistance programs, like the Minnesota Family Investment Program, a welfare program for low-income families with children. “Our training completion rate is 92 percent,” Matter said. “It’s a very, very high completion rate for our career training and education program,” which serves about 1,000 people each year.

Vilsack said that her team compares individuals participating in the DEED-funded programs — including Avivo’s — to a similar group of people who don’t participate in the employment training initiatives.

“Overwhelmingly what we see is that participants of a workforce training program see substantial earning increases and strong increases in employment,” she added. “It really suggests that program participation helps jobseekers find work quicker than they otherwise would have.”

That’s the reason Carlson — having been away from the workforce for 10 years to care for her children — turned to Avivo. She wanted to gain skills in manufacturing, an experience that came in handy when she began her job at Precision, Inc.

“I was hired as an assembly line production worker,” Carlson said. “I told them about my soldering experience because we had gotten three weeks of hands-on soldering through the program at Avivo. My line lead decided to put me on soldering to see how I would do.”

Her performance, she said, exceeded anyone’s expectations. “So they bumped me up from assembly line production to assembly microscope in soldering.” Her hourly wage also bumped up,  from $11.70 to $13.77, three months into her job.

Minnesota spends millions on workforce training. Here’s how they track whether those programs are actually effective