News
Good Jobs
MinnPost's Good Jobs beat is made possible by a grant from MSPWin, a philanthropic collaborative committed to strengthening the workforce in the Twin Cities metro area. MSPWin plays no role in determining the content of the coverage.
Jan. 15, 2018 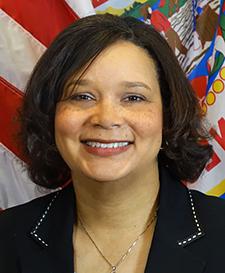 Over the past three years, the Minnesota state government has significantly increased its contract spending with minority-owned businesses and hired more vendors from underserved communities.

The increase wasn’t just in the amount of money allocated. The state has also enlisted more vendors owned by African-Americans, immigrants, women and veterans to bid for state contracts. Since 2015, the number of certified businesses owned by these groups grew by 33 percent — from nearly 898 to 1,200 last year.

The contract expansions are the result of new efforts meant to make the state government procurements more accessible to all Minnesotans, said Alice Roberts-Davis, an assistant commissioner in the Minnesota Department of Administration.

The effort to boost those numbers was in part an answer to an audit released last February that revealed state agencies have failed to implement policies aimed to diversify the contracting and purchasing deals the government makes with the public.

“We’re proud we’re not where we were,” Roberts-Davis said. “We’re happy that agencies have bought in to what it is that we’re trying to do and are committed to making progress.”

How Minnesota got here

To increase the hiring and contracting, the state did several things. It created a mandatory training of more than 700 state employees to ensure they understood the Dayton administration’s diversity and inclusion initiatives around procurement.

Participants in the training learned about the importance of using diverse vendors through activities that demonstrated what it means to be a minority-owned entrepreneur who is navigating the procurement process and trying to compete against established businesses.

The state also expanded efforts to engage with entrepreneurs of color. For the first time in 2016, Roberts-Davis said, the state held an “opportunity fair” that brought together business owners and department leaders in one room.

The idea was to introduce entrepreneurs and state officials, especially those with procurement authority, to inspire potential working relationships that would lead to contract opportunities between the two parties.

In 2017 alone, Roberts-Davis said, her office hosted or attended more than 86 outreach events, where they met with minority and women businesses owners. “We’ve been very, very active in the community. We’ve had the ability to meet business owners from different communities to talk about what the certification process means and the opportunities that exist around that.”

‘There’s more work to do’

While the report on the state’s spending with minority-owned vendors has shown substantial improvements in the last three years, the spending with these populations represents only 5.4 percent of the annual $2.5 billion the government spends with vendors. “This is still not enough,” said Roberts-Davis. “We’re not where we wanted to be and there’s more work to do.”

But the 5.4 percent increase is at least better than the 3 percent the equity audit found when looking at the amount of money the government spent on contracts with the targeted businesses in 2015. This wasn’t because the state didn’t have policies promoting equal-opportunity policies; it was because no one was implementing it.

Going forward, Roberts-Davis said state officials plan to continue to work with the targeted businesses and expand the pool of certified vendors that the state contracts with.

“We’ll also continue to be very aggressive with our agency partners on how they could push their goals and push beyond the goals to ensure they continue to integrate small businesses,” she said.