News
Good Jobs
MinnPost’s Good Jobs beat is made possible by a grant from MSPWin, a philanthropic collaborative committed to strengthening the workforce in the Twin Cities metro area. MSPWin plays no role in determining the content of the coverage.
April 12, 2018

Five months ago, when Keith Goss got laid off from an assistant manager position at a Family Dollar store in the Twin Cities, he fell into a deep depression and almost gave up on life.

“I didn’t know how to battle back,” he said. “When you’re so used to striving and going further, and then everything just stops, you hit that brick wall; you don’t know where to go from there.”

Goss subsequently became homeless, drifting each night from one shelter to another. Next, his self-esteem plummeted and he started to wonder if he would ever bounce back from his troubled life.

Then one day about a month ago, Goss explained what was happening to him to his stepfather, who immediately asked Goss if he’d spoken with people at the Project for Pride in Living (PPL) — a Minneapolis-based nonprofit organization known for providing low-income people with housing assistance — about employment opportunities.

“Wait, wait,” Goss said to the stepfather, “I thought they only do housing?”

On one recent afternoon, Goss sat in a classroom with a dozen other job seekers, who are scheduled to graduate April 13 from a three-week banking program that has prepared them for jobs as tellers or personal bankers.

PPL is one of several organizations in the Twin Cities metro area that the city of Minneapolis has partnered with to connect individuals like Goss to jobs that pay a living wage, while also helping businesses to access skilled workers.

Indeed, investing in such community-based initiatives has over the years become the city’s main tool for combating the workforce shortage. However, the government isn’t just thinking about Minneapolis in its strategy to address the issue; its employment initiatives reach beyond its boundaries.

Investing in programs across the metro

Though the challenge of finding skilled workers is more persistent in Greater Minnesota, Minneapolis businesses are also reporting a dearth of employees in certain jobs, especially those that don’t require a college degree.

To solve this problem, city officials say they don’t think that limiting training programs to Minneapolis residents would improve the situation. Instead, the city spends millions of dollars in career pathway programs administered by partners across the Twin Cities metro area.

“We need to do our part as a city to make sure that we … seek talent from all over the place,” said Mark Brinda, who oversees the city’s workforce training initiatives. “We know that there are people coming from Maple Grove, for example, to take jobs in Minneapolis, and Minneapolis residents going to St. Paul.”

That strategy mainly involves investing in career pathway initiatives, a popular method that state, county and local governments across the country also employ to train workers for the shrinking labor market.

Each year, the city spends nearly $3 million to fund career pathway programs, which prepare participants for both long-term and short-term positions in industries that include information technology, health care, banking, hospitality, manufacturing and criminal justice. (That budget comes from various avenues, including federal and state government and the City of Minneapolis.)

The city takes part in these initiatives in several ways. Sometimes, it pays the salaries of employees who work with training programs; sometimes, it allocates funding to the organizations; and other times, it covers college tuition for those seeking advanced skills at the Minneapolis Community and Technical College.

What’s more, the city will soon launch a new program that allows nonprofit organizations that provide employment training to apply for funding granted through a competitive application process. “We’re always looking at strategies to scale folks up and to get those aligned to what the businesses need,” Brinda noted. “We, as the city of Minneapolis, along with all of our metro partners, are taking it very seriously and we’re going to do what we need to do to stay competitive.”

Before, said PPL Employment Training Manager Ric Johns, the organization used to train participants for jobs, not knowing if they would ever find anything in their chosen fields. “It was like, ‘Good luck on getting a job,’ ” Johns said. “We didn’t have that connectiveness with the employer partners.”

Brinda, of the city of Minneapolis, agrees with Johns, saying that’s because there was less demand for workers at the time and that companies were picky about selecting individuals they wanted to hire. This was particularly pronounced during the Great Recession, when the labor force was shrinking.

“Their growth models were different,” Brinda said. “So the ability to hire new talent or to immediately hire newly trained workers was challenging because the environment was so different economically.” 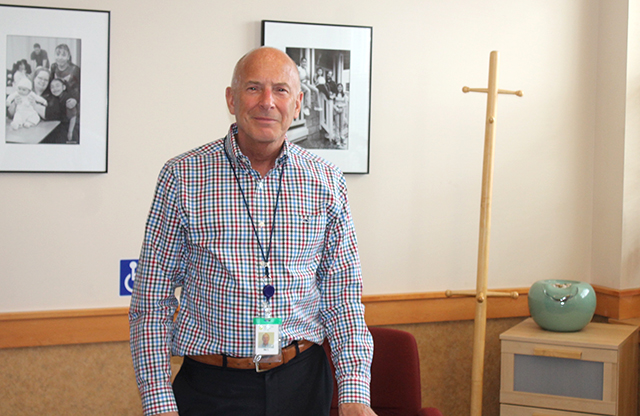 These days, employers from nearly all industries are not only closely working with career training programs, they’re visiting the classrooms to talk to students about their companies and to recruit newly trained students to fill job vacancies.

That’s what happened at Goss’ banking class at PPL that afternoon. A representative from Bremer Bank was a guest speaker, talking about employment opportunities available at the company, benefits and promotions.

The two weeks prior to that day, Goss and his classmates learned about the banking system, including how to open accounts, better serve customers, work as a team, and deal with difficult customers. Further, the students met with other representatives from U.S. Bank and Associated Bank.

In these meetings, said Robert E. Willis, employment specialist at PPL, the students get to ask some questions that “they normally shouldn’t ask” during regular interview meetings — questions about what benefits they can expect if hired and how much they can get paid.

Besides the banking skills Goss obtained through the course, he said that his participation in the program has helped him to become more optimistic about life, to regain his self-confidence and to once again see a better future ahead.

“After graduation, I should be in my career,” said Goss, who hopes to become a personal banker. “I don’t want to be homeless anymore. I don’t want to have to continue to stress out.”