News
Good Jobs
MinnPost’s Good Jobs beat is made possible by a grant from MSPWin, a philanthropic collaborative committed to strengthening the workforce in the Twin Cities metro area. MSPWin plays no role in determining the content of the coverage.
June 1, 2018

Long before Raney Linck joined the nursing profession or became a clinical assistant professor at the University of Minnesota, he bounced from one sales gig to another for seven years.

Then the routine started to feel a little mundane, and Linck, who had a bachelor’s degree in mass communication, decided to try a different career path — one that involved educating and caring for people, would be both personally satisfying, and would help him make a difference.

The best occupation that combined all of those characteristics, he figured, would be nursing, because he could both care for his patients and inform them about how to maximize their health.

So in 2000, he enrolled in the Middle Tennessee State University, where he earned a bachelor’s degree in nursing and went on to become a registered nurse, working with doctors in intensive care units and serving patients in chemical dependency rehabilitation centers, among other medical facilities.

“For me, nursing was really appealing for those reasons,” Linck noted, “and it turned out to be the dream job because I’ve been able to make a difference.”

Linck is among a growing number of men in Minnesota who have in recent decades joined the traditionally female-dominated profession — a phenomenon that echoes a nationwide trend.

Indeed, according to a data by the American Nurses Association, men in the nursing occupation consisted of 6 percent prior to 2000, when Linck had joined the field at 30 years old. Today, that figure is 10 percent. 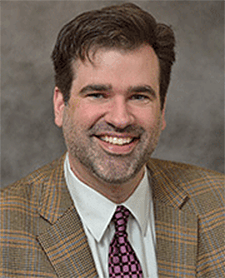 In Minnesota, that increase has become more pronounced in the last decade. Just eight years ago, for instance, the share of male registered nurses was 8 percent; today, it’s 10 percent.

That figure, of course, still remains low. But for a field that has long been known for its female workers, said Sanjukta Chaudhuri, a research analyst at the Minnesota Department of Employment and Economic Development, the increase is, in fact, “substantial.”

Reasons for becoming a nurse

Aside from the passion to care for and educate others that drew Linck to the nursing profession, there’s a wide range of benefits that continue to attract both men and women.

One of them is that nursing represents the largest segment of all jobs in the health care industry in the state. According to a recent report by the Minnesota Department of Health, the state has more than 100,000 active licensed registered nurses. 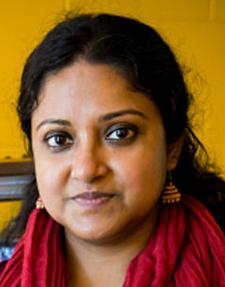 What’s more, the number of job vacancies of both registered nurses and licensed practical nurses in Minnesota is projected to see an increase of more than 11 percent in the next seven years.

“What that means is that registered nurse and licensed practical nurse together are two of the most in-demand job occupations in Minnesota,” Chaudhuri said, in part because of the baby-boomer generation that continues age out of the sector.

In addition to the projected job security in the nursing industry, there’s another reason so many people are getting attracted to the field: It ranks as one of the highest-paying professions in the United States.

In fact, the median salary for registered nurses today is more than $78,000; and for licensed practical nurses — who only need an associate degree to do the job — that number is about $46,000.

Beyond job availabilities and the high salaries, Linck said, people are drawn to the nursing industry because it provides many options to work at various facilities, not just in hospitals. For example, nurses can work in nursing homes, rehab facilities and end-of-life care centers, as well as at K-12 schools and universities.

As a registered nurse, Linck spent many years serving patients in some of those different health facilities. Then he returned to school, earning a master’s degree in nursing — and later, a doctorate of nursing practice in health innovation and leadership.

For the past five years, he’s been working as a clinical assistant professor at the University of Minnesota School of Nursing, where male students make up 15 percent of the student population pursuing a bachelor of science degree in nursing.

“They’re really successful in the profession,” Linck said of male nurses in the field. “I, as a man, have just loved the profession. I always joke that nursing made a man out of me.”

Nursing field is attracting more males, both in Minnesota and nationwide