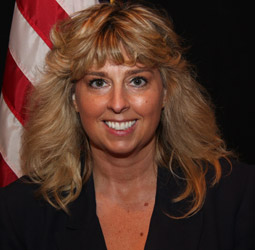 The Brainerd tea party rally Monday featured a long cast of characters, who each spoke to a crowd of about 50 at Gregory Park. Mike O’Rourke’s story in the Brainerd Dispatch listed some of them: Brainerd High student Adam Weiss decried “asinine” government regulations which are part of a “nanny state;” Mike Belisle spoke against the IRS; a National Rifle Association member said that without that organization “I don’t believe we would have our guns today”; Tony Bauer said “Get the U.S. out of the U.N. and the U.N. out of the U.S.”; Chris Kellett of Brainerd, the Republican-endorsed candidate for House District 10A, said she’s had enough of government saying it knows better than the people; 2010 Brainerd mayoral candidate Guy Green said the Democratic Party is a criminal enterprise and faulted the Republican Party for cowardice; and Stella Czeczok said “George Soros is the chief anti-Christ and Obama is his puppet.”

Mark Seeley, extension climatologist with the Department of Soil, Water and Climate at the University of Minnesota, talked about climate change in Austin as part of an educational series co-sponsored by Austin Audubon and Friends of the Nature Center. He said that though Minnesota can see weather extremes any given year, extreme weather events like heat waves and thousand-year rain events are becoming more frequent. That, he said, is a product of climate change, writes Matt Peterson of the Austin Daily Herald. Minnesota’s temperatures and dew points are increasing. The increasing dew point is why Minnesota more frequently surpasses the 105-degree heat index, which creates peak energy alerts. Seeley also spoke about worldwide issues like oil production in Alberta, Canada, which has wiped out an area of boreal forest the size of Florida.

“We have to start thinking about adapting our infrastructure to changing climate,” Seeley said. Changing habits of a population has always been the elephant in the room, he said, so he asked the audience to start small and educate their communities.

The Balaton Food Center is selling off the last of its inventory this week as it goes out of business, writes Steve Browne of the Marshall Independent. Owner Jennifer Kaup said too many people shopped in Marshall to keep her store open. “There was not enough community support,” she said. “I feel bad about it,” said long-time customer Marie Vercruysse. Julie Benson, who owns Bensons by the Lake gas station and convenience store, hopes to pick up some of the community demand but she doesn’t think this is good for the community. “It’s always sad to lose a business in a small town,” Benson said.

Although pop musician and long-time central Minnesotan Bobby Vee was diagnosed with Alzheimer’s disease in January 2011, he waited to go public with the diagnosis until this week, writes Adam Hammer of the St. Cloud Daily Times. Vee said it’s a weight off his shoulders to finally tell fans, friends and community members the news. Vee chose to keep his diagnosis private until now to help his wife, Karen Velline, who has hypersensitivity pneumonitis/pulmonary hypertension and will be on a waiting list for a lung transplant. Vee remains optimistic. He plans to release a new album of songs recorded with his family in the garage at his winter home in Tuscon, although a release date has not been set. He has continued to perform with his sons Jeff, Tommy and Robbie Velline at small gatherings, a few hole-in-the wall venues and family get-togethers.

William Craft was inaugurated the 11th president of Concordia College in Moorhead on Saturday and he used the time to advocate a liberal arts education. Jessica Ballon of the Fargo Forum writes that liberal arts is one of Craft’s passions. “At Concordia, we should pursue those arts in a curriculum centered not on collecting credits but on developing the competence, creativity and good judgment students will need to thrive as citizens and professionals,” Craft said, adding later, “This is the odd thing about the arts and humanities. They invite us to play – to try on others’ lives and new ideas – and in that imagined world, we discover who we are and might become.”

This headline in the Fergus Falls Journal says it all: “Daughter Saves Dad, Takes Him to Prom.” On Dec. 13, Fergus Falls High senior Danae Rodriguez and her family were driving to Minneapolis to catch a plane to Key West, Fla., for her sister’s wedding. The front passenger tire went flat and their car flipped four times. Danae realized her dad, Tim Ebert, was in very bad shape; he had broken his neck in several places and had a large gash in his head that had severed an artery. Danae’s mom, Karen Ebert, a registered nurse, was in the backseat but only sustained minor injuries. Danae was able to take pillow casings and pack the wound to Tim’s head until help could arrive. “She was my angel. She saved my life,” Tim said.

Tim required months of rehabilitation, during which Danae and Tim’s relationship grew closer and Danae decided to ask her dad to prom. On the day of the prom, Danae and Tim took photos before Danae went out to dinner with friends. Tim and Karen met Danae for Grand March at the school. After prom, Danae went to the Otter Tail County Fairgrounds Arena with the other students while dad and mom chaperoned the event. “She made a lot of memories that she will remember the rest of her life,” Karen said.