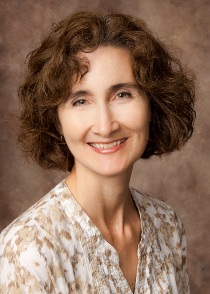 A fifth-grade teacher at St. Joseph’s Catholic School in Moorhead will not return in the fall because she questioned the Catholic Church’s stance on gay marriage, reports Megan Card of the Grand Forks Herald. Trish Cameron said she was told June 1 she would not be offered a contract for the following school year because of her response to a question on a self-evaluation.

Cameron was asked if she supported the Catholic Church’s teachings. She responded that she does not agree with all church teachings on a personal level but does not bring her opinions into religion classes. She later specified to school administration that her disagreement with the church was over gay marriage, which the church opposes. Cameron said because of her dissent, she was asked to write a letter of resignation. Principal Toby Bierl and Superintendent and church Monsignor Mike Foltz said it was “an unfortunate circumstance” and the school’s “fiduciary responsibility” to ask for Cameron’s resignation. Cameron has taught at the school for 11 years.

It was a cold, dark night. An innocent victim drove to the pick-up window at an Austin McDonald’s restaurant when BAM! A thief ran up, snatched a bag of food and ran into the inky blackness. At least, that’s how I imagined it. Matt Peterson’s story in the Austin Daily Herald was a bit more professional. The suspect allegedly waited near the drive-through window at the McDonald’s on 14th Street in Austin at about 10:30 p.m. Wednesday, timed the exchange of food between an employee and customer, and made off with a $6 meal. Here’s the part I like best: “a McDonald’s employee described the suspect as a skinny, white male wearing baggy pants, according to the police report.” Of course his trousers were baggy. He’s hungry. He has not been caught.

The U.S. Department of Agriculture says topsoil moisture supplies declined slightly during last week’s hot weather, the Associated Press reported (as picked up in the Albert Lea Tribune). According to the weekly crop weather report, topsoil moisture was rated 85 percent adequate to surplus, compared with 95 percent the previous week. Eighty-two percent of the corn crop was rated in good to excellent condition, while 74 percent of soybeans were rated good to excellent. Sweet corn is now 69 percent planted compared with 61 percent last year and 74 percent for the five-year average. According to data released Thursday by the National Oceanic and Atmospheric Administration, temperatures in the U.S. have been high enough to make it the warmest spring on record, the warmest year to date and the warmest 12-month period as well.

The Fergus Falls Journal reports that the Minnesota Department of Natural Resources has updated its website to show newly designated lakes and river sections listed as waters infested with invasive species. The DNR is also concerned about the spread of Asian carp into southwestern Minnesota waters through the Missouri River watershed. The designations and regulations are intended to help contain the aquatic invasive species present in the designated waters. The full list of infested waters is available on the DNR website.

Adam Bright of Boulder, Colo., beat three finalists, including the Bemidji man who won last year’s contest, to win the 20th annual Great American Think-Off at New York Mills High School, the Bemidji Pioneer reports. The question was “The Nature of Humankind: Inherently Good or Inherently Evil?” and Bright, arguing for “evil,” prevailed in the finals over Marie Anderson of LaGrange, Ill.

In the first round, Anderson won over Muirhead, and Bright won over Ed DeLong of Virginia Beach, Va. The existence of good or evil, Bright argued, stems from the time we begin to act (or fail to act) to make the world a more just and equitable home for all. He said the evidence is clear: We haven’t acted, and the failure to act corroborates the assertion that we are evil. The Think-Off is sponsored by the New York Mills Cultural Center. Each of the finalists received a $500 cash award and travel and lodging costs to New York Mills.

Northfieldians are withstanding a barrage of auto thefts, reports Suzanne Rook of the Northfield News. The crime spree appears to have begun either late Thursday or early Friday. Deputy Police Chief Chuck Walerius said Monday morning that 32 car break-in reports were filed between Friday and Monday. Walerius said the thief or thieves are robbing unlocked vehicles and taking small electronics including iPads, iPods and GPS units. Police are adding extra late-night patrols and ask residents to report anything out of the ordinary

On Friday, Duluth police declared Dallas Blake Henry Doolittle their first “Property Crimes Wanted Person of the Week.” On Sunday, he was behind bars. Doolittle, 23, was arrested in the 200 block of North 29th Avenue West, the News Tribune reports. Doolittle has two active St. Louis County warrants for violation of probation, for possession of shoplifting gear, theft, possession of a controlled substance, obstructing legal process and fleeing on foot. He also has a gross misdemeanor warrant for check forgery and receiving stolen property.

After 45 years in Ashby and 150,000 haircuts, Mark Koefod has no plans to slow down, writes Seth Johnson of the Fergus Falls Journal. Koefod’s one-chair barbershop is the oldest and longest running business in Ashby. Koefod never strayed too far from Ashby. He was born there and graduated from high school in 1957, when he joined the U.S. Navy and served until 1960. He married and worked at a hardware wholesaler in Minneapolis for five years while waiting to enter barber school. After attending barber school and working as an apprentice in Richfield for two years, he received his master barber’s license. “The local barber in Ashby was quitting, and he said ‘If you want the place, you can have it the first of August,’” said Koefod. “So the last day of July, he moved out, and I moved in on the first of August.” Since he moved back to Ashby, Koefod has worked as a part-time school janitor for 28 years, volunteered for the fire department for 23 years and worked at the cemetery for around 20 years. “I don’t like leaving Ashby,” said Koefod. “I’ve been on two vacations: once to Branson Mo., and once to Hawaii.”

If you thought Koefod was unique, here’s a story from Matt Peterson of the Austin Daily Herald about the 51 years Judy Goergen put in behind the chair at Sterling Beauty Salon in Austin.  On Saturday, Goergen retired. “It’s just time,” she said Friday. Goergen bought Sterling Beauty Salon in about 1979 — she thinks. She moved the salon in 1986 to its current location on 12th St. and First Ave. SW. She then sold it to Carol Tracy. Goergen, now 69, looks forward to more golfing, traveling and spending time with her husband.

John Fitzgerald is a longtime journalist and Minnesotan. He lives in Buffalo.