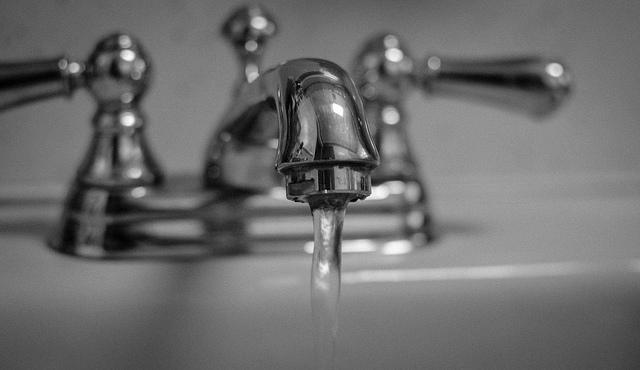 Winona residents who have kept water running so their pipes won’t freeze will get a $140 break in their water bill, the city council has decided. Tesla Rodriguez of the Winona Daily News reports that as long as residents apply before April 1, they can get a $70 credit for up to two months on their water bill if they can prove that it was significantly higher because they kept their taps running. As Rodriguez reported, “While frozen pipes aren’t technically the city’s responsibility if they’re on a homeowner’s property, council members said they still felt compelled to help. ‘This is an issue that we’ve all heard about,’ council member George Borzyskowski said. ‘Phone calls, emails, being stopped out in public. We all want to do something.’ ” The city estimates the tax break will cost the city about $84,000, which city manager Judy Bodway said will have to be made up by cutting costs or raising utility rates in the future.

A few miles to the west, Dan Linehan of the Mankato Free Press crafted a roundup of similar plans in the area. North Mankato is putting a plan in place to help a dozen or so households with heavy water bills. Residents would get a credit for up to 300 gallons a day if they have receipts to show that the water pipe had frozen and needed a constant supply of water to keep it open. Mapleton has had five freezes in city-owned pipes in recent weeks. The city agreed to let residents register to run their water yet pay only the amount they used a year ago. About 10 homes are doing that so far. Le Center asked all of its 2,500 or so residents to run their water all the time. City Administrator Chris Collins said residents will likely be running their water at least through the end of March.

Of course, the problem is the weather. This week’s cold snap produced a brisk flurry of stories across the state. In St. Cloud, Dave Aeikens of the Daily Times noted that “St. Cloud has had 63 days this season in which the temperature has been zero or below. Monday was the most recent day, and the low of 19 degrees below zero broke the previous March 3 record for low temperature. The previous record was 16 below zero, set in 1971. The 63-day mark is the eighth-highest total for the number of times when the temperature was zero or below at some point during the day. The record for the number of days below zero is 69, set in 1978-79 and 1964-65.”

Down in Rochester, John Weiss of the Post-Bulletin whipped off this snappy lead paragraph: “Relying on consistently cold performances by December and January and a feisty February that capped off its contribution with a final polar vortex, the meteorological winter of 2013-14 likely will go into the history books as the fifth-coldest winter on record in Rochester.”

Weiss’ story offered this nugget: The cold “could be a big problem for the commercial shipping industry on the Mississippi River. The first tow can’t push barges up the river to St. Paul until it can bang through the ice of Lake Pepin, a natural reservoir, without too much damage. But on Thursday, the Corps of Engineers found at least 30 inches of blue ice (the hardest kind) near the base of the lake. It could have been thicker, but the Corps’ auger only can bore down 30 inches.”

It took the entire staff of the Duluth News Tribune to make sense of this fact: “Duluth managed to make it through its second-coldest meteorological winter on record without setting a single low-temperature record but managed to do it on the third day of spring. The official low Monday morning at Duluth International Airport hit 23 degrees below zero, beating the old record of 21 below set in 1982.”

Over in New Ulm, the staff of the Journal pooled their talents, collected some statistics and determined it has been a cold winter. “December’s average high was 20.3 degrees, with an average low of 2.1 degrees. That dipped in January to an average high of 19.2 degrees, not far from December, but an average low of minus 4.1 degrees. February’s temps were much the same as January, with an average high of 18, and an average low of minus 3.9. December was a snowy month, with 17.1 inches recorded. Another 11.2 inches fell in January, and 10.4 inches in February. For the past three months there were seven days when the high temperature never got above zero. The coldest day was a high of minus 6 on Jan. 28. There were 52 days when the low was below zero.

The best cold-weather quote comes from a story written by Fritz Busch of the New Ulm Journal. “Not even a below-zero temperature and a minus 24-degree wind chill could keep thousands of Bockfest-goers away from the August Schell Brewery Saturday. … ‘It’s not really so bad, the cold. You keep your hands around it, and the beer doesn’t freeze as fast,’ said Rodney Zimmer of New Ulm.”

Eric Swenson, the police chief in Sebeka, was cited for driving while intoxicated in New York Mills, reports Bryce Haugen of the Wadena Pioneer Journal. “Swenson was pulled over about 11 p.m., New York Mills police officer Bruce Wangsness said Monday. The incident report won’t be released to the public until Swenson appears in Otter Tail County District Court. No court date has been set for the DWI case, said Heather Brandborg, assistant Otter Tail County attorney. She said Swenson, 48, is headed to trial for a fifth-degree domestic assault misdemeanor from last June, which led to the Sebeka City Council suspending him with pay for 30 days later in the summer. A pretrial scheduling conference is slated for March 10.  Earlier in June, Swenson pleaded guilty to a disorderly conduct, a misdemeanor prompted by ‘drunk and belligerent’ behavior at The Outpost, a bar in Huntersville, according to the Wadena County Sheriff’s Office. The judge fined Swenson and sentenced him to 30 days in jail stayed for one year of probation, which required him to stay out of trouble.” Haugen notes that the state typically suspends driver’s licenses one week after a DWI arrest. When asked how he, the lone full-time officer in Sebeka, would perform his duties without a valid license, Swenson said “Don’t know,” and closed the door to his office. Wadena County Sheriff Mike Carr said the county already responds to calls in Sebeka.

Haugen’s story had these tidbits at the bottom: “In addition to last year’s 30-day suspension, the council suspended Swenson for a week without pay in 2010 and ordered him to complete a police ethics course after several incidents that year, including a report he responded to a call with alcohol on his breath. In October of that same year, he made national news after reporting SWAT equipment had gone missing from his home in Otter Tail County. A sheriff’s office report stated Swenson found the items — loaded magazines for both a Glock 9mm handgun and an AR-15 rifle, night vision goggles and stun grenades — a week later in a backyard fort built by his then 9-year-old son. Later that month, Swenson told the Pioneer Journal that the items were actually found inside the house.”

You just know there’s more to this story that people aren’t saying. Steve Browne of the Marshall Independent posted a story about an angry confrontation between 60 people and the Murray County Medical Board during the board of directors’ meeting this week. There appears to be two issues: The first are the circumstances behind physician’s assistant Dan Woldt’s lawsuit against the medical center and CEO Mel Snow. Woldt’s 2013 suit alleges MCMC and Snow engaged in conduct “aimed at denying [Woldt’s] employment rights and protections granted to him under the law” and seeks damages in excess of $75,000. The other issue is the spate of resignations by MCMC staff. MCMC personnel director Nancy Andert said two emergency medical technicians, one licensed practical nurse and one nurse practitioner resigned within the past month. Four MCMC nurses present spoke of resignations because of the work environment to the clapping of the attendees that remained. Snow said the turnover was no lower than any other normal year.

The Crookston Times had a death in the family when former city editor Natalie Ostgaard and her husband, Kent, were killed from carbon monoxide poisoning likely due to a malfunctioning furnace or heater. “Their oldest daughter, Aryanna, 22, was found unconscious but still breathing. She was taken by Crookston Area Ambulance Service to RiverView Hospital in Crookston and was later transported to Altru Hospital in Grand Forks. The Ostgaards’ youngest daughter, Gabi, 17, was located in the home still conscious. She was taken to RiverView for medical treatment. The Ostgaards’ middle child, Cyrina, attends the University of Minnesota Duluth. Natalie Ostgaard was a “Crookston Central High School graduate and University of Minnesota Crookston alum and was the city editor at the Crookston Daily Times from June 2002 to July 2013. … Natalie posted on her Facebook page on Feb. 24 that the family was having troubles with their furnace and that a part had to be ordered and was to arrive the next day. Natalie posted on her page that the family was having a hard time finding a heater to buy until the part arrived, but, then, on Feb. 25 she posted the following: ‘Well, we had to order the part for the furnace and won’t be here until tomorrow. Thanks everyone who offered the use of their heaters; we managed to make do with fireplaces, electric stove, blankets and the two heaters we have. Hoping this will be adequate until furnace is fixed!’ “

Willmar will host a one-day live stream of the next TED conference, writes Anne Polta of the West Central Tribune. “The TEDx Live event will be hosted March 18 at the MinnWest Technology Campus auditorium. It’s a chance for local participants to see and hear some of the latest and best in technology, entertainment and design, said Betsy Bonnema, the lead organizer for TEDx Willmar Live. … Among the speakers lined up for the March 18 session are Bill and Melinda Gates and Sting. Others include an architect, a documentary filmmaker, a plasma physicist, an urban planner and a climate scientist. … Sessions will be live-streamed to the Willmar audience from 10:30 a.m. to 12:15 p.m., 1 to 2:45 p.m. and 8 to 9:45 p.m. She’s hoping for a diversity of participants — community and business leaders, volunteers, entrepreneurs and more. ‘It could be anyone. We’re just looking for ways to make our world and our community a better place.’ ”