I forgot my notebook.

That’s the first thing I thought after I drove from my home in St. Cloud to Hector on a Monday evening to work on this story. The second thing was, “What do I do now?”

The convenience store out on the highway might have a tablet or a legal pad, but if they didn’t, the next option was Olivia, a 15-minute jaunt down US 212, which has a few more stores that might be open at 8:30 p.m. Failing that, I’d have to turn around and drive the half-hour to Walgreen’s in Hutchinson.

Fortunately, my mother and stepfather, who live on the town’s west side, had one to spare.

Hector, Minnesota 1989: You could shop for groceries at Super Valu or the Red Owl. If you needed bolts or a hammer, you could go to Our Own Hardware or Coast to Coast. You could get your oil changed at the service station and run over to Jacoby Drug to fill your prescription and snag a birthday card for grandma while you waited.

Hector, Minnesota 2014: The Super Valu is a vacant lot, and the Red Owl, which became Nelson’s Marketplace, has been closed for years. The Our Own Hardware is long gone, and the Coast to Coast was a Hardware Hank that went out of business in March. 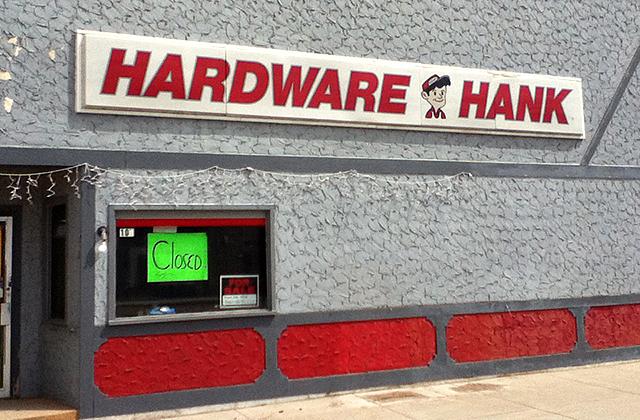 As you may have guessed, you won’t be able to get that prescription filled at Jacoby Drug, either. That building is a NAPA auto parts store now, so you can get some spark plugs for the car you’ll need to get all the stuff you can’t get in town anymore. Make sure you can install them yourself, since the service station is closed, too.

But this isn’t the story of another backwater small town that’s dying on the vine. The farmers that ring the city of 1,131 are doing just fine.

“We’ve definitely had a good run here. Last year was down, but that was mostly in comparison to how good 2011 and 2012 were,” said Jeff Kramer, who has farmed north of Hector since the early-1980s.

At the American Bar & Grill and The Other Place, the two taverns in town, it’s not uncommon to hear speculation about just how much some area farmers bid on auction for available farmland. 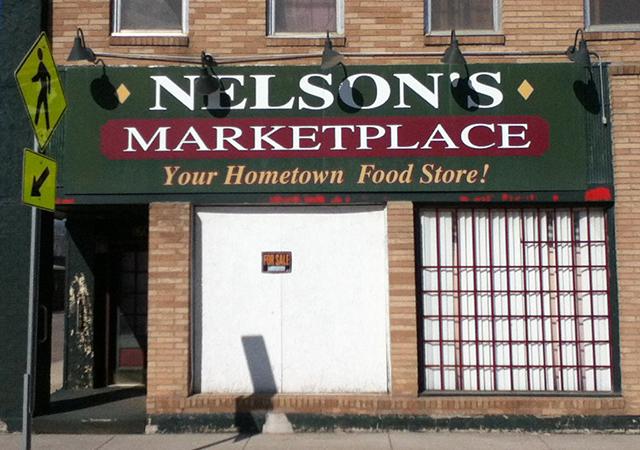 Loftness Specialized Equipment, on Hector’s south end, employs 85 people manufacturing items for farms like Kramer’s. Suttle Apparatus, the factory out on 212 founded by Canterbury Park owner Curt Sampson, has people working full-time on the floor and part-time from home.

There are employers and jobs and money to spend; that money just has to be spent elsewhere. That “elsewhere,” more often than not, is 30-odd miles to the northeast.

The big box stores of Hutchinson (Wal-Mart, Target, Cashwise, Shopko, Menard’s and a mall) were a common theme when I asked the town’s residents about Main Street’s decline. 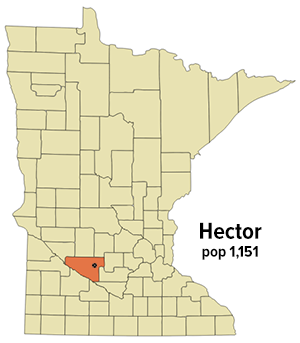 “People here will carpool into a van, drive to Hutchinson, fill the van up with groceries and head home,” said John Hubin, publisher of the News-Mirror, the newspaper that serves Hector and other area communities. “Then they’ll complain that they can’t get anything in town anymore.”

Said Kramer, the farmer: “I’ve been to Hutchinson and Olivia already today, and it’s not even 1 o’clock. I’m fortunate that the John Deere dealership is relatively close in Bird Island,” 10 minutes west on 212.

“I want to spend my money in Hector and keep my money in town, but I can’t,” said Dane Vander Voort, a truck driver who lives just off of Main. “It’s a pain in the ass.

“You have to plan ahead. When my daughter Ella was born, we’d go to Hutchinson and buy three-four boxes of diapers. When we got down to one box left, then we knew it was time to go back.”

It’s worth noting at this point just how treacherous the roads between Hector and Hutchinson can be in this board-flat part of the state during the winter. If you want a more direct, profanity-laced description of same, I can give you the home number of Howard Neuman, a lifelong Hector resident and also my dad.

At 7 on Tuesday morning, the parking lots are full at Loftness and Suttle. With the exception of ten or so cars and trucks (mostly trucks) in front of Pete’s Grill, Main Street is empty. Lori Carlson is also a lifelong resident, and she is there for breakfast.

She, too, is worried about the town’s future, but notes that her workplace (ITCI, a telecommunications company) is successful, and so is the local lumberyard and greenhouse. They’re just not on the main drag, which doesn’t help the perception of the town for those passing through. She’s also aware that “you can’t buy groceries at any of those places.” 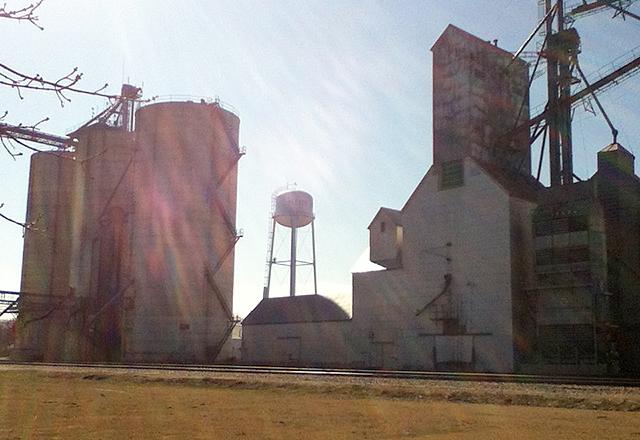 The city has an Economic Development Authority working to attract a new hardware store and other types of businesses to Hector, but there’s no immediate change on the horizon.

Hubin, the newspaper publisher, who used to sit on the EDA board, says, “What they should do is send the Southwest Light Rail all the way southwest, to Marshall or Worthington. You’ve got people in the Cities living on top of each other, but there’s plenty of land out here, and we just need some forward-thinking types to take the ball and run with it. There’s so damn much potential it’s scary.”

Unless and until this potential is filled, as my stepfather told me before I left, “You never have to worry about getting a good parking spot at the post office.” 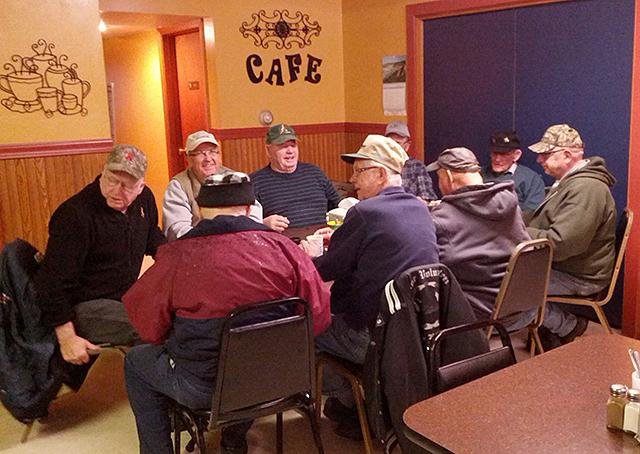 Steve Neuman is a St. Cloud-based freelance writer.  His work has also appeared in the Star Tribune’s RandBall blog and SB Nation’s TwinkieTown under the nom de internet “RandBall’s Stu.” You can follow him on Twitter @RandBallsStu, but you don’t have to, he’s not your dad. Thinks Reckoning is better than Murmur.

As its people prosper, the Minnesota town of Hector hollows out