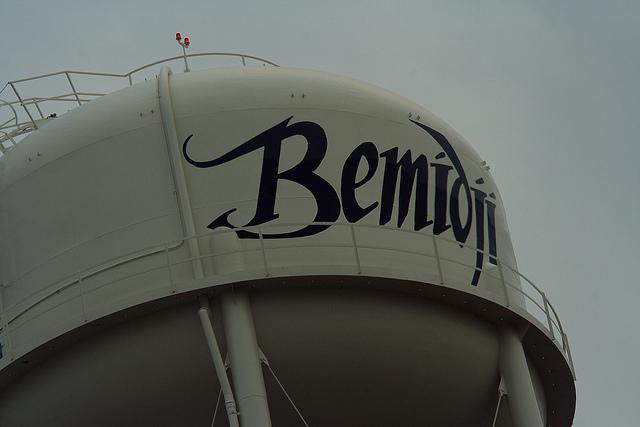 CC/Flickr/Craig Myran Photography
There were 666 people identified as homeless in Bemidji in 2012.

A new report finds the number of homeless people in the Bemidji area to be greater than expected, reports Crystal Dey of the Bemidji Pioneer. The Nameless Coalition for the Homeless hired Duluth-based Center City Housing to conduct a needs assessment. “What we’ve learned is your needs are huge,” said Rick Klun, CCH executive director. A statewide survey shows that in the 12-county northwest region of the state, which includes Beltrami County, homelessness grew 170 percent from 2009 to 2012. There were 666 people identified as homeless in 2012, according to the study. The survey didn’t include results from the state’s reservations, said Patty Beech, CCH Planning Consultant and primary author of the study.

Despite a week of regular rain, the U.S. Drought Monitor rates southwestern Minnesota as experiencing moderate drought conditions. It’s an assessment area farmers concur with, reports Anna Haecherl-Smith of the Marshall Independent. The weather is warm enough for planting, said University of Minnesota climatologist Mark Seeley. Soil temperatures are around 40 degrees in most of the area, so farmers just need a chance for the ground to dry up a bit. Bruce Johnson, who farms northwest of Walnut Grove, said the rain is nice but it’s time to get back into the field. “We have about 70 acres of corn planted,” Johnson said. “But that’s only a 10th of what we need to do.”

Mankato has park problems. Mark Fischenich of the Mankato Free Press writes that if the city wants to simply maintain its parks, it faces a shortfall of about $1.6 million over the next five years. If it upgrades the pool and baseball field, that figure is $3.3 million. Put in a wish list pushed by local groups and that number jumps to nearly $8 million. Add plans for trails, water quality and year-round sports facilities, and that number hits $20 million. Which is why the Mankato Pickleball Association went home from Monday’s City Council meeting happy. They got approval to convert two tennis courts at Tourtellotte Park to six or eight pickleball courts. Recoating, line painting and new nets will cost about $11,000, but “There’s a lot of pickleball tournaments and a lot of people go to them,” said John Sandry of Mankato, who said the Tourtellotte facility would be “one of the premier facilities in southern Minnesota.”

One of the biggest drug dealers in Duluth has been arrested and a dozen more are still wanted on arrest warrants in connection with the largest heroin trafficking investigation in state history, officials said Monday. Tom Olson of the Duluth News Tribune reported on “Operation Exile,” a statewide investigation involving local, state and federal agencies from Duluth, Rochester and the Twin Cities metro area. More than 150 arrest warrants were issued statewide, including 41 in Duluth. Duluth police Lt. Steve Stracek said the task force arrested Antonio Dantinue Long, 38, last Thursday. He is charged with possessing more than 25 grams of heroin and cocaine, third-degree sale of a controlled substance and felon in possession of a firearm. The alleged dealer was in possession of more than an ounce each of heroin and cocaine. The heroin alone was worth about $17,000, police said. Most of the 29 arrests were for second- or third-degree sale of a controlled substance.

Over in Henning, astronaut and Vining native Karen Nyberg came back to her alma mater to discuss her trip on the International Space Station. The Wadena Pioneer Journal said Nyberg was launched into space on a Russian rocket in May and returned to earth in November. Her research on the station ranged from the practical, such as helping develop a more concentrated laundry detergent, to the futuristic, like figuring out how to safely send astronauts beyond low orbit. She offered a challenge to Hennings students: “I dare all of you kids to go out and do great things. I dare you.” They heard the challenge: Eighth-grader Zac Araca said “kids all over the world from small schools can do something just like her.”

A 5-year-old boy died in a farming accident last week, reports Heather Rule of the Fergus Falls Journal. The Becker County Sheriff’s Office said the boy tried to get into a skid steer by crawling between the bucket and the frame. When the child grabbed the control lever to pull himself up, it released the hydraulic pressure and pinned him between the hydraulic rams and skid steer frame. The boy was pronounced dead at the scene. His parents are Jethro and Molly Impola of rural Menahga.

For two years, Cornerstone Church in Austin has offered a car-care clinic in which they perform basic maintenance on cars for free. But last Saturday, Tammy Lawson got more than she bargained for, reports Jason Schoonover of the Austin Daily Herald. She thought she was going to get an oil change, new blinkers and perhaps some other work done on her car, but her 1999 Buick Century had a bad head gasket, oil in the gas and radiator, and several other problems. The church gave her a 1990 Dodge Caravan that, while older, has fewer miles and can fit more people comfortably, something that will be helpful for her three sons who live at home. She also has two sons in graduate school and two daughters in college. “It’s really nice to have something we can all fit in and be comfortable,” Lawson said. This is the second year Cornerstone’s Mission 507 ministry hosted the free car clinic to help single mothers, widows and women with husbands deployed overseas. The women dropped off their cars and were treated to pedicures, manicures and massages, while Mission 507 leaders took their cars for servicing and cleaning at Holiday Ford. “We’re put here on the Earth to help other people and that’s really what our mission, our goal is,” said Terry Miller, a Mission 507 member who worked on cars Saturday.

Well, this is a bummer. Sarah Stultz of the Daily Herald reports of an Albert Lea man who was injured last week after his vehicle struck a pontoon boat that fell off a trailer on Interstate 35 near Faribault. Richard W. Fitzlaff, 74, was transported to District One Hospital in Faribault for injuries deemed not life-threatening. No one else was injured. The Minnesota State Patrol said a 2004 Nissan Titan, driven by Brady Kuiper, 42, of Mankato, was driving southbound on I-35 pulling the pontoon when the pickup lost a wheel and fishtailed. The pontoon then came off the trailer, stopping in the lane of traffic. A 2005 Pontiac Grand Prix swerved to miss the pontoon and collided with a 2006 Chevy Aveo, which went into the ditch and collided with a road sign. Fitzlaff’s 2013 Ford Edge then struck the pontoon, according to the report.