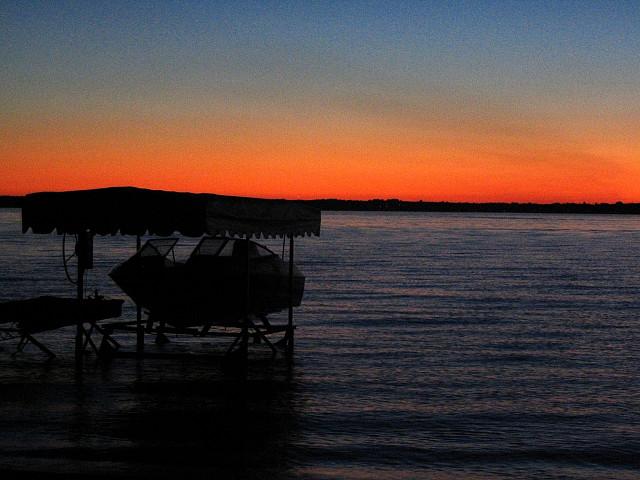 CC/Flickr/Dave Baker
The zebra mussel has made its way to Green Lake.

The state Department of Natural Resources found a single, adult zebra mussel on a dock post on the southeast corner of Green Lake in Spicer, forcing the organization to designate the lake an infested water body. Tom Cherveny of the West Central Tribune writes that the hours inspectors are scheduled to work at public accesses on the lake will be increased, as will efforts to enforce the state’s laws aimed at controlling the spread of aquatic invasive species. A second power washer is being installed at the boat access on the north side of the lake. After the first mussel was found, subsequent searches failed to find other zebra mussels or the larvae they produce. If an infestation has occurred, their reproduction in large numbers could be two or more years into the future. It took more than two years from their initial discovery in Mille Lacs Lake until they were found in large numbers.

The editors at the Albert Lea Tribune came up with an editorial that goes against common “hang ‘em high” justice and calls for reasonable and prudent thought instead. They agree that Waseca County District Judge Gerald Wolf should have thrown out four charges of first-degree attempted murder against 17-year-old John LaDue: “Let’s remember LaDue did not kill anyone. He did not try to kill anyone and fail. He did not fire a gun and miss or light a fuse that didn’t function. Those acts would be attempted murder. Let’s all remember that the legal burden of proof for prosecutors to prove guilt is beyond a reasonable doubt.” LaDue will face charges that he possessed explosives. Meanwhile, the prosecutor is appealing Wolf’s decision.

In Austin, Trey Mewes of the Austin Daily Herald reports that the city has spent decades cutting services and is in the mood to add a couple back. To do so, they are considering a 4.98 percent city tax levy increase next year. The cash will help pay for a new full-time librarian and to move a part-time building inspector position up to full time. The city cut staff from about 180 positions in the 1980s to about 139 positions this year. City leaders say the exact increase on property owners won’t be known until the county’s tax rate is released in the fall and the city has a better handle on how many new taxpayers there are.

City Council Member Ron Johnson didn’t have a lot of fun at the Lake Bemidji Dragon Boat Festival on Saturday, writes Zach Kayser of the Bemidji Pioneer. Johnson suffered a “cardiac event” while participating in the races. According to other members of the City Council, Johnson is doing well in recovery.

How about those dragon boat races? Malachi Petersen of the Pioneer reports that the HydraHeads became the first back-to-back winners in the nine years of the festival. They took the Gold Division against the Diggers, the Pine Tree Paddlers and the Wavemakers. The HydraHeads represent Headwaters Canoe and Kayak. Nearly 60 dragon boats raced in a minimum of two races to try to make it to the final heats. Teams from specific industries, such as in health care, banking and manufacturing, competed for traveling trophies.

But it’s not all fun and games in Bemidji. Bemidji Public Library branch manager Paul Ericsson reported to the City Council that there has been an increase in both the number and vehemence of unruly patrons. Smoking, loud music and cell phone calls are the main irritants, and less than 1 percent of the library’s visitors are a problem. “I note right at the top that none of the current issues fall under the poorly named ‘library homeless problem’ that I am too frequently asked to provide comments about,” Ericsson said. Council member Nancy Erickson asked if the incidents were limited to a few people. Ericsson said there are two people who are particularly mean to him and other staff.  He’s compiling a report on the behavior, soon to be sent to the city.

Dan “Dugan” Bjorlin and his son, Josh Bjorlin, have checked a big item of their respective bucket lists: With a visit to Petco Park in San Diego, they have attended baseball games at all 30 major league ballparks, plus two that aren’t around anymore. Louie St. George of the Duluth News Tribune said the trip was sparked by the sterile environs of the Metrodome. In 2007, the Bjorlins began to visit every park. To keep Josh’s interest – his favorite sport is hockey – Dan made sure they had a hot dog in every ballpark, including the Dodger Dog in Los Angeles and Nathan’s in New York. The best? “Nothing can beat the old Dome Dogs!” Josh said. Dan estimates the tour required about 20,000 miles of driving and about 9,200 flying. Of the 32 parks — the 30 current ones plus the old Yankee Stadium and the Metrodome — both Dan and Josh agree Target Field tops the list. The worst? “No doubt about it, Tampa,” Dan said. “It made the Metrodome look like a palace.”