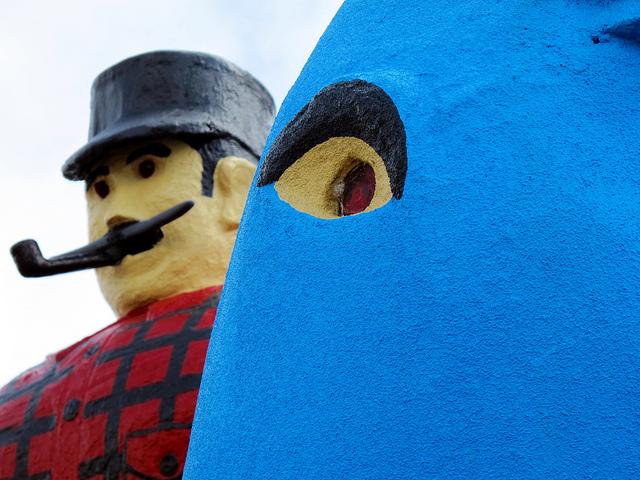 Space rocks – likely from the Taurid shower – fell across the Bemidji area between 4 and 4:55 p.m. Sunday, producing bright flashes and sonic booms, reports Bethany Wesley of the Bemidji Pioneer. Reed Olson said he saw a meteor for about seven seconds before it broke into three big fragments. A sonic boom followed about 20 seconds later in the form of a rumble that lasted about 35 seconds. Evan Hazard, who writes the Northland Stargazing column for the Pioneer, said the Taurid shower is composed of rocks rather than dust: “They’re not that big — but they’re big enough to get so hot that they explode and that’s why you get a fireball.”

The state Department of Health and Tim Krohn of the Mankato Free Press expended some ink Saturday reminding people in southern and western Minnesota that naturally occurring arsenic can be found in their well water. One in 10 new wells in the state have high arsenic levels, a number that jumps to one in four in some counties, the DOH says. A map of the state shows where high arsenic levels occur.  Arsenic can cause cancer and other serious health conditions, but the water is easily treated with either cartridge filters or reverse-osmosis systems.

If that story bums you out, try this one: Marcia Ratliff of the Winona Daily News writes about how Sherry Mehren, an accountant at St. Thomas Aquinas Seminary, sent 1,700 pounds of confidential papers to the Winona Occupational Rehabilitation Center for shredding. Workers there open envelopes looking for items that can’t be shredded, like plastic cards or metal paper clips. When Dana Frasch opened one envelope, she found something quite different: $2,000. Then she told her manager and they reported the find to Mehren. After some tracing, Mehren discovered the money was meant to be deposited in a priest’s bank account in 2005, but the money was set in a box where it lay until last week. Mehren gave Frasch and her supervisor, Amanda Asche, flowers and cards and said her actions reflect well on Frasch’s character.

Nearly 40 people got sick after eating at a YoungLife banquet at Willow Creek Intermediate School in Owatonna, the state Department of Health says. The likely culprit is novovirus, writes Kim Hyatt of the Owatonna People’s Press. Torey’s Restaurant catered the event but no employees reported being sick. About 70 YoungLife volunteers handled ice at the event, and the prevailing wisdom is that one of them was sick.

Here’s a report you don’t see often. It comes from the Winona Daily News and we’ll just run it verbatim: “According to Deputy Police Chief Tom Williams, a person or persons unknown forced their way through an unused basement access chute to gain entrance to Baker Shoes, 123 East Third St., sometime Thursday night or early Friday morning. Once inside the thief or thieves made off with a number of women’s dress shoes and a small amount of cash, leaving the back door open when they left. The stolen shoes, Williams said, were all solely for a right foot.”

Speaking of making a big footprint, a Sioux Falls developer is ready to move forward on plans to build a $15 million apartment complex near downtown Rochester along with another, equally large complex on the city’s northwest side. Jeff Kiger of the Rochester Post Bulletin reports that Stencil Homes has completed purchase of three buildings across from the Olmsted County Government Center and Rochester City Hall. The company plans a six-story apartment complex with 3,100-square-feet of retail space on the main level and underground parking for residents. They said the project was in the works before Rochester and the Mayo Clinic announced the Destination Medical Center development plans, but that development didn’t hurt their plans for the facility. They also have broken ground on an 83-unit apartment complex across U.S. 52 from the new Menards. Work will begin on a third, 96-apartment project just after Thanksgiving.

WE Fest, Minnesota’s home-grown country music festival near Detroit Lakes, has been sold to Connecticut-based Townsquare Media, reports the Fargo Forum. The festival started in 1983. Townsquare Media is the third largest radio company in America with 311 stations, including 24 in Minnesota markets St. Cloud, Duluth, Rochester and Faribault/Owatonna. Details of the sale were not disclosed.

Here’s another “Minnesota makes good” story: Madden’s on Gull Lake has been ranked number 53 on Conde Nast Traveler’s “Top 100 Hotels and Resorts in the World: Reader’s Choice Awards 2014,” according to the Brainerd Dispatch. Madden’s is the only Minnesota property to make the list; it will start its 86th season next April.