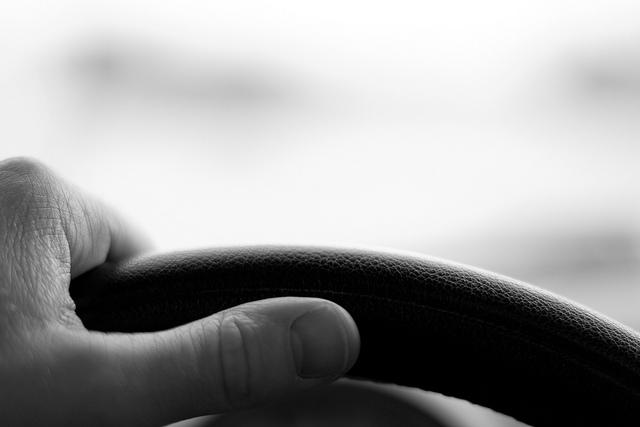 CC/Flickr/Robert S. Donovan
This year, 174 drivers were arrested for DWI statewide between Wednesday and early Thursday. Last year, the number was 191.

The Minnesota State Patrol and its fellow law-enforcement agencies busted fewer drunken drivers over this New Year’s holiday than last year, reports Camey Thibodeau of the Faribault Daily News. This year, 174 drivers were arrested for DWI statewide between Wednesday and early Thursday. Last year, the number was 191. The Rice County Sheriff’s Office made three DWI arrests over the New Year’s holiday, and there were eight DWI arrests from the day before Thanksgiving through New Year’s Day. Although the Faribault Police Department made several traffic stops on New Year’s Eve and New Year’s Day, none were charged with DWI. Faribault police made a total of three DWI arrests in December. There was one DWI arrest over the holiday in Northfield.

Amanda Hocking of Austin has a new trilogy coming out, according to the Austin Daily Herald. “Frostfire,” the first book in her new “Kanin Chronicles” trilogy, is published by St. Martin’s Griffin and is available on Amazon starting Tuesday. The second book, “Ice Kissed,” will be out May 5, and “Crystal Kingdom will be out Aug. 4. Here’s the description in the Herald: “The book follows Bryn Aven, an outcast among her troll tribe. She is a determined tracker whose goal is to become a member of the elite King’s Guard. With a potential forbidden romance budding at the same time and changelings being kidnapped at the hand of a fallen hero turned traitor of the kingdom, Bryn has her hands full.”

All that Bakken oil is rolling through Minnesota and is roughing up our infrastructure along the way. That’s why the Legislature last year approved $2 million to upgrade railroad crossings, including the Main Street crossing in Winona, reports the Winona Daily News. Crews will install concrete medians to prevent vehicles from driving around the semaphores. MnDOT evaluated 100 crossings and researched 40 before deciding on the nine that needed work the worst. “Winona was selected because of the level of traffic, the central location of the crossing, and the fact that Main Street is a primary trucking route,” the newspaper reported. The other rail crossings are in Big Lake, Clear Lake, Elk River (two sites), Perham, St. Cloud, St. Paul Park, and Wadena, MnDOT said.

This is too bad: Kay Fate of the Rochester Post Bulletin reports that a fire in a Rochester home Saturday killed four dogs and three cats. No people were home at the time. Apparently, clothes close to the water heater ignited. When the heat reached the top of the heater, a pipe burst that doused the flames and saved the house from burning. There was extensive water damage and, prior to the burst pipe, extensive smoke damage that did in the animals. “Firefighters attempted to resuscitate the dogs, but were not successful, said Brian Kerska, assistant fire marshal,” Fate wrote.

Sarah Bettendorf, the pride of St. Cloud Apollo High School, is making her alma mater proud by being one of the best worst chefs on the Food Network show “Worst Cooks in America.” Jake Laxen of the St. Cloud Daily Times writes that Bettendorf, who now lives in Los Angeles and is pursuing a career as a voice actor, kicked butt by making chef Tyler Florence’s chateaubriand with mild mushrooms and mashed potatoes. In the judging round, Florence commented, “One cook who nailed it, and shockingly so, is Sarah. You demonstrated a level of focus I don’t think you’ve ever achieved in your life.” She has six more rounds to survive if she will win the $25,000 prize. The filming has completed, but Bettendorf is sworn to secrecy. The show airs on the Food Network.

So this story is pretty simple: Wayne and Laura Dahl felled a huge cottonwood tree to make room for a car dealership in Madison and brought it back to their farm in Dawson, writes Hannah Dillon of the Brainerd Dispatch. Their son, Jarrett, asked if he could make a chainsaw carving out of the 10,000-pound, 12-foot by 6-foot behemoth. Knock yourself out, they said, so he carved out a Screaming Eagle motorcycle, which he took to Keystone, S.D., four years ago to display outside the chainsaw carving shop he runs with his brother, Jordan. Last summer, a stranger appeared at their shop, asking many curious questions about the carving. Soon, the stranger offered Jarrett $25,000 to buy the carving and display it in front of the Ripley’s Believe It or Not Museum in Orlando. So that’s what he did and that’s where it is. How about that.

Still vacant. Still shabby. Still a remnant of bad times as downtown Duluth revitalizes around it, the former Carlson bookstore at 206 E. Superior St. appears unchanged. But looks can be deceiving, writes Candace Renalls of the Duluth News Tribune. The owners of the 25,000-square-foot building sandwiched between Lake Superior Art Glass and Zeitgeist Arts and across the street from the soon-to-be-restored NorShor Theatre had until October to start renovations or risk losing $350,000 provided by the Duluth Economic Development Authority. The owners of the two-story, 100-year-old building are Rod Raymond and Tim Nelson, who also own Tycoons Alehouse & Eatery, Fitger’s Brewhouse, Redstar Lounge and Endion Station Public House. Even though it doesn’t look like any work’s been done on the building, construction started on the roof and on some exterior brickwork in September. They plan to have the place finished by the July 1 deadline and hopefully in time for Grandma’s Marathon in late June. They will retain the existing front façade with the original brick pilasters topped with cornices and the parapets along the top of the building. What the building will look like inside is still a mystery, as is the building’s function: Renalls reports that Raymond and Nelson “had visions of installing a brewing and bottling operation as well as an event center, commercial bakery, café and brewpub. They’ve since cooled on the idea.”