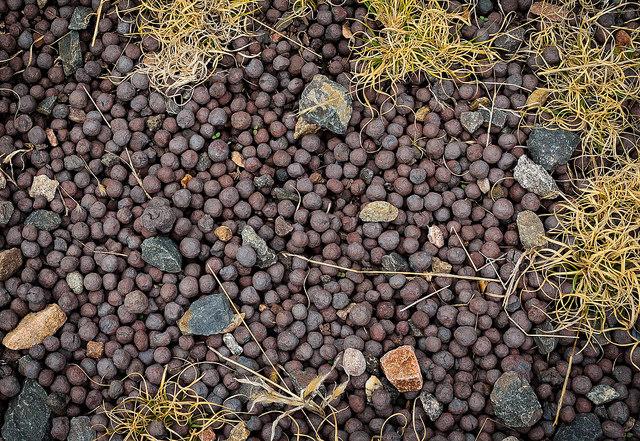 CC/Flickr/Per
A global glut of iron ore caused Magnetation to shut down its Keewatin plant.

What do China and Australia have to do with Keewatin, Minnesota? Simple: When the Chinese stop making so much steel and the Australians increase the amount of iron ore they dig out of their vegemite-stained country, Grand Rapids-based Magnetation has to cut back on production. That’s why John Myers of the Duluth News Tribune reported that the firm is shuttering Plant 1 in Keewatin indefinitely, putting about 49 workers out in the cold. Global iron ore prices have dropped by more than 50 percent over the past 18 months with slower demand in China and huge increases in iron ore output in Australia. “Seven months ago we had industry analysts predicting $90 to $100-per-ton iron ore prices for the foreseeable future. Now, we’re at $62. No one saw this coming,’’ Magnetation President Matt Lehtinen told the News Tribune. Plant 1 is the least efficient of Magnetation’s plants.

You remember that old story about the scrappy U.S. Olympic hockey team made up of college and amateur players that beat the professional-grade Soviet hockey team in 1980 in a game called “The Miracle on Ice?” Last weekend the team got together and celebrated the 35th anniversary of the big win. Team members attending included Brainerd oral and maxillofacial surgeon Bill Baker, reports Mike Bialka of the Brainerd Dispatch. The reunion will be at Herb Brooks Arena and the Olympic Center in Lake Placid, N.Y., where the 4-3 victory over the red-clad Soviet machine occurred all those years ago. Bialka writes that Baker doesn’t often reminisce about the team but he’s always happy to talk about 1980 when the subject is brought up. “It was just such a neat thing to be a part of but it doesn’t change what you do every day. I still get up at 3 in the morning and drive to Bemidji (the location of one of his offices) then drive back after work. It doesn’t define you, but it was a wonderful thing.”

The Mankato Free Press offers a friendly reminder from the Department of Natural Resources via the Associated Press: 2014 fish, game and trapping licenses expire Saturday. All 2015 fishing licenses become effective Sunday, but ice shelter permits for 2014 remain effective through April 30. The spring hunt on light geese opens Sunday and runs through April 30. Light geese are snow geese, blue-phased snow geese and the smaller Ross’s goose. Harvest of light geese in Minnesota varies from a few hundred to several thousand birds each spring.

In a similar vein, columnist Mark Fischenich of the Freep was asked if swans, who are hanging around area lakes despite their frozen nature, are harbingers of better weather to come? The answer, apparently, is no. Swans show up early for the party to get the best seats. “It’s sort of the same motivation as the college kids who show up in Mankato to find an apartment weeks before the start of classes each year,” Fischenich wrote.

Up in Fargo, Rebecca Sande makes it a point to record stories from members of the Greatest Generation. In a story by Anna G. Larson of the Fargo Forum, Sande, 17, tells of her bi-weekly memory sharing group for residents of Bethany Retirement Living. She takes notes and write about their experiences in WWII and the Great Depression on the “Fargo’s Greatest Generation” Facebook page. “I miss them when my shift is over,” she says. “A lot of the residents don’t have any family. Their stories are important enough to pass on and I figured they could share them with me.”

Apparently the marriage is off again. Plans to consolidate the Carlton and Wrenshall school districts failed Monday at a joint meeting of both school boards, writes John Lundy of the News Tribune. Before both boards wanted to move ahead with the plan, both boards had to approve the plan. The Wrenshall board went first and voted 3-1 in favor of consolidation, but the motion failed on a 3-3 vote among Carlton officials. The main bone of contention: if they did consolidate, where would the school be?

Speaking of school buildings, the Moorhead School Board agreed unanimously to accept a facilities plan that would likely mean asking voters to fund $190 million in bonds, writes Helmut Schmidt of the Fargo Form. “No timetable has been set for a bonding vote. … Major components include $24.9 million for a 750-student kindergarten through fourth-grade elementary school, and $43.1 million for a 1,200-student fifth- and sixth-grade addition at Horizon Middle School. Both would be built by 2018.”

Got some spare space on that levee wall? Might as well use it up, says the town fathers in Austin. Trey Mewes of the Austin Daily Herald reports that the Austin City Council is looking for a new way to honor city natives. The council on Tuesday focused on one of 76 flood wall pillars built during the North Main Flood Control project. “ ‘This is a real opportunity to sell Austin,’ said Mayor Tom Stiehm, who is one of the biggest proponents of the flood wall plaque committee.”

The 911 EMS system in Detroit Lakes area will be shut off for several hours this weekend for testing. “All 911 telephone communications in Douglas County will be down for approximately 10 to 30 minutes on Thursday, February 26 sometime between the hours of 1 and 5 a.m, according to the Douglas County Sheriff’s Office.”