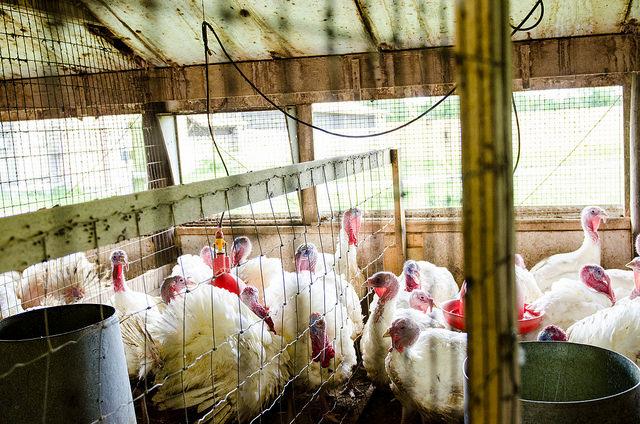 Experts are still baffled about how it spreads, but they know they have to stop the avian flu that has killed more than 3 million Minnesota birds as of Monday, writes Don Davis of the Forum newspapers. “If, as suspected, the flu is spread by migrating wild waterfowl, about a week and a half remains in the annual duck and goose spring migration,” Davis writes. The state emergency has been extended 30 days and officials say more than $7 million might be needed to fight the H5N2 flu outbreak. About 15 states are affected, but none have been hit harder than Minnesota and Iowa, Davis reports. “The theory has been that ducks and geese spread the virus, but Natural Resources Commissioner Tom Landwehr said that with nearly 1,000 waterfowl samples tested, none has been found to have H5N2. About 1,300 samples remain to be tested.”

Minnesota’s small-town mayors say that with a surplus of cash, it’s time for the state to pony up for street repairs, writes Don Davis. Frazee Mayor Hank Ludtke said small cities don’t get the aid bigger ones do, but all cities need more state funds. “Jim Miller of the League of Minnesota Cities said cities have 22,000 miles of streets and not enough money to keep them in good condition. ‘Our needs in Red Wing are greater than our property taxpayers can afford to pay on their own,’ Red Wing Mayor Dan Bender said,” Davis writes. The mayors say they need about $60 million, and a bill under discussion in the state Senate that would provide about $57 million is a good start, they said.

They economy in south-central Minnesota is humming along nicely, reports Jeffrey Jackson of the Waseca County News. The Minnesota Department of Employment and Economic Development’s employment figures show that “Steele County and the city of Owatonna posted a 4.2 percent unemployment rate last month (March), down slightly from 4.3 percent for the county and 4.4 percent for the city in February. The figures, however, compared favorably to the March 2014 numbers when Steele County had a jobless rate of 4.9 percent and Owatonna stood at 4.8 percent,” Jackson writes. Nicollet County had a jobless rate of 3.1 percent, Mower County’s rate was 4.1 percent, Waseca County’s rate was 5.3 percent and Rice County’s rate was 4.3 percent. Among cities, Northfield had the lowest rate with 3.4 percent, Owatonna and Austin had a 4.2 percent jobless rate, Waseca saw a 5.5 percent rate, Faribault was at 5.7 percent and Albert Lea was at 5 percent in March. The jobless rate in Minnesota stood at 4.5 percent in March, and the national unemployment rate was 5.6 percent.

Duluth is wrestling with what it should do with the flood-damaged Fairmount Park and the Lake Superior Zoo. Peter Passi of the Duluth News Tribune reports that public administration director Jim Filby Williams said refurbishing the zoo will cost between $12 million and $16 million with an annual subsidy of between $358,000 to $518,000 from the city. Some ideas include “more indoor exhibits, the transformation of the flood-damaged Polar Shores exhibit into an amphitheater and the creation of a new Forest Discovery Zone featuring fauna and vegetation of the Northland,” Passi writes. Filby Williams also suggested some “non-zoo options” including an adventure park, a nature park and a central park that would cost about $10 million but would likely not require the ongoing subsidy. Filby Williams’ non-zoo options caught members of the committee charged with coming up with options for the park flat-footed. “The non-animal option had not been discussed until tonight,” said committee member and Lake Superior Zoological Society president John Scott.

An Abu Dhabi-based developer is asking Rochester for exclusive rights to negotiate a new hotel with shopping and parking along the Zumbro River, reports Jeff Kiger of the Rochester Post Bulletin. The land includes the AFL Labor Temple at 11 Fourth St. SE, the adjacent parking lot and a city-owned parking ramp. The city has agreed to such exclusive negotiating deals in the past, but it is “a pretty rare” thing,” said Rochester City Administrator Steve Kvenvold. “They have requested an exclusive negotiating period of 180 days to see if we could put something together with them concerning the property,” he said. The city is looking toward a high-end hotel and retail stores and replacement parking.

Minnesota farmers are planting well ahead of last year and the five-year average, according to the U.S. Department of Agriculture’s weekly survey. A few farmers in southwestern Minnesota have started to plant soybeans, and 38 percent of the state corn crop has been planted. Sugar beet planting is 85 percent complete, more than three weeks ahead of average.

A 4,500-acre wildfire in Roseau County was accidentally started by the Department of Natural Resources in a slash pile, according to the Albert Lea Tribune. The DNR gets rid of debris left by logging crews by gathering it into a pile and burning it, which is what they did in the area in November 2014, said the DNR’s Forestry Division Director, Forrest Boe, While the pile appeared to have burned out, coals smoldered through the winter and erupted on April 15.