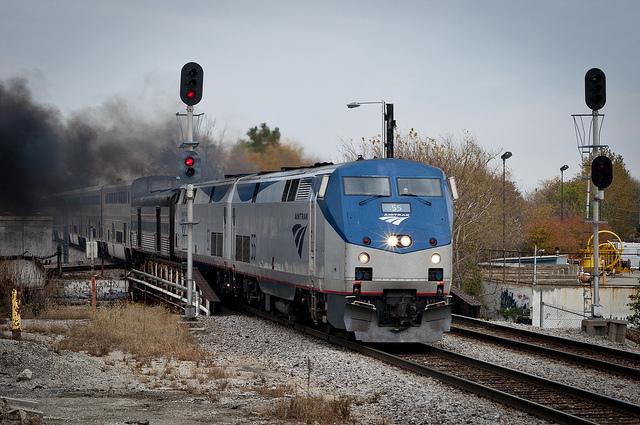 But would it go under any lakes? A new study [PDF] shows an additional Amtrak route with potential extensions to Minneapolis and St. Cloud is feasible and worthy of environmental review, according to the Brainerd Dispatch. The study, conducted by Amtrak on behalf of the Minnesota and Wisconsin departments of transportation and La Crosse County, concluded the route “would have a robust public involvement component and provide eligibility for federal funding.” Annual ridership on the additional daily train would be about 155,000 passengers.

Are you finding it a bit easier to breathe today? That’s because the air quality has improved as smoke from Canadian wildfires leaves the area, reports John Lundy of the Duluth News Tribune. All of northern Minnesota was under an air-pollution health alert Monday because of the forest fires. The level of particulate matter this morning was 14, the spokeswoman said. Levels in the 50s are considered harmful, Lundy writes.

Vaccinated twice: A Waseca mother is troubled after her toddler was vaccinated against her wishes, writes Suzanne Rook of the Waseca County News. Julia Valdez had her 4-year-old son vaccinated via private doctor, so when the preschooler came home with new needle punctures, she was upset. Interim County Administrator Jack Kemme said the boy was the only child who received an immunization in error. He said a Head Start nurse failed to recheck a state Department of Health database that tracks immunizations. A doctor told Valdez the second vaccination would only cause some minor achiness. “We take this stuff very seriously,” Kemme said. “We want to make sure nothing like this happens again. We relied on somebody else and we’re not going to do that again.”

Not only is there a gap in the number of females versus the number of males in the science professions, but experts can trace the dropoff directly to middle school. That’s why it’s important to take middle school girls and foster their love for science, reports Jessica Biew of the Mankato Free Press. Minnesota State University’s Women Center won a $10,000 grant from Regenerative Medicine Minnesota to host a five-day girls-only STEM (science, technology, engineering, math) camp for students in grades six through eight. Women have seen no employment growth in STEM jobs since 2000, and a 2011 U.S. Department of Commerce report found only one in seven engineers is female, said Jessica Flatequal, director of Gender and Sexuality Programs at MSU.

Things aren’t moving very fast for a new rails-to-trails project between Faribault and Owatonna, reports Kevin Krein of the Faribault Daily News. Bicycle enthusiasts want to convert abandoned railroads into bike trails. Rice County Engineer Dennis Luebbe said the timeline is vague because the tracks have not been fully abandoned yet. The county formed the regional railroad authority in case those railroads ever were to be abandoned. Steele County has also established a regional railroad authority to rededicate rail tracks near Medford.

The Austin City Council will again discuss allowing residents to raise chickens, the Austin Daily Herald reports. This time, they’ll even take the proposal seriously, Mayor Tom Stiehm said. “We treated it kind of lightly last time. We should at least take a look at it.”