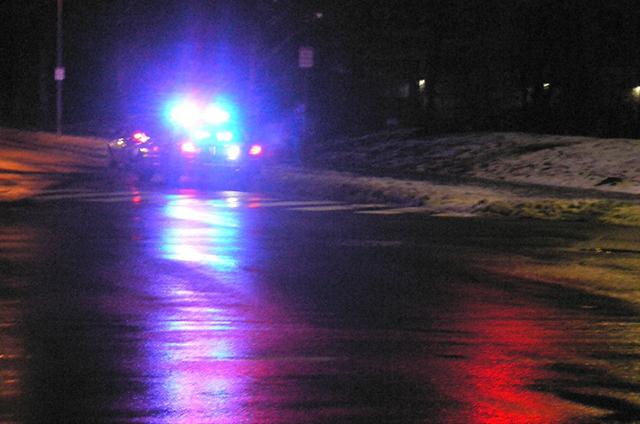 The number of Minnesotans dying on the roads has jumped 21 percent from a year ago, according to the Department of Public Safety. A total of 201 people have died this year on Minnesota roads this year, reports the Associated Press via the Albert Lea Tribune. DPS’s Office of Traffic Safety director Donna Berger says drivers need to pay attention, drive the speed limit, buckle up and lay of the hooch.

The Mayo Clinic has dropped to No. 2 in the U.S. News & Report Best Hospitals list, according to the Rochester Post Bulletin. The hospital swapped spots with last year’s No. 2, Massachusetts General Hospital. Rounding out the top five: Johns Hopkins Hospital and the UCLA Medical Center tied for No. 3, while the Cleveland Clinic came in at No. 4. Mayo earned eight No. 1 rankings in departments such as Diabetes and Endocrinology, Gastroenterology and GI Surgery, Geriatrics, Gynecology, Nephrology, Neurology and Neurosurgery, and Pulmonology. The department of Urology thrusted from second place to first, while the Ear, Nose & Throat department dripped from first to second. Get ‘em next year, boys.

Sometimes you get the bear, and sometimes the bear gets you. The Pioneer Press reports that a motorcyclist hit a black bear on Interstate 35 near Pine City on Friday. The Minnesota State Patrol said 48-year-old Edmund Hanson of Brook Park, Minn., was northbound on I-35 and clad in full protective gear when he collided with the bear and was tossed off his bike. His injuries were not life threatening, although he likely has a story to tell at every family gathering until the end of time. The bear was killed in the collision.

So they had a lot of wind up near Brainerd and Nisswa earlier last week, and the cleanup continues. The Brainerd Dispatch features how the nice guys at Brainerd International Speedway have opened their gates so people with beaucoup downed trees and brush can bring them to the track and burn them in big ol’ bonfire. One week after the storm, well over 100 trucks and trailers with wood came through the gates. Residents from the hard-hit Cinosam area brought white pine and white oak “with trunks so large they would have easily made living room table tops. As trees they once stood about 100 feet tall and had diameters of 24 inches. Rings on one giant white oak gave its age at about 175 years. ‘It’s devastating,’ said Wadeen Baribeau. ‘Cinosam will never be the same. We locals can’t even find our way home sometimes — it’s that different. It’s so cleared out.’

People who can’t get the trees out of their yards are vulnerable to hucksters, a situation that angers local tree remover David Stelter. Last week, he helped an 86-year-old woman living on Sylvan Lake from being overcharged for tree removal. Bids to remove fallen trees from her property ranged from Stelter’s $2,000 to $4,500 from a company in St. Cloud that wanted the woman to sign a contract before they started the job. “This is what really sent the red flags up my pole,” Stelter said. “People are very vulnerable. It’s just not right in my book.”

Speaking of doing what’s right, a Barnesville mom whose 9-year-old daughter reported her parents’ marijuana growing operation to police has pleaded guilty. The Moorhead Forum reports that Jodi Anne Miller, 38, pleaded guilty to fifth-degree sale of drugs, a felony. According to court documents, Miller’s daughter approached officers at the Barnesville police station to report that her parents grew marijuana and smoked it daily. The smoke made her sick and she was worried about her dog, because her parents blew smoke from the drug into its mouth, according to police documents.

It was a day full of Democrats as Sens. Amy Klobuchar and Al Franken joined Reps. Collin Peterson and Rick Nolan to announce a $546,535 award from the Department of Transportation for infrastructure improvements at Bemidji Regional Airport, according to the Bemidji Pioneer. The money will build a taxiway and a snow removal equipment building, and refurbish the airport’s apron. “Strengthening the Bemidji Airport means strengthening the economy in Bemidji,” Klobuchar said. “This is wonderful news for the Bemidji Airport,” Nolan said.

The proposal for allowing chickens to be cooped within city limits has been blocked again. The Austin Daily Herald reports that the city council voted the issue down without much discussion Monday night. This follows a year of kerfuffle about the issue and the quick vote didn’t sit well with some of the council members and citizens who were anxious to press their point. Bottom line: The mayor and the majority of the council said people just didn’t want a chicken ordinance. “They were very adamant,” Mayor Tom Stiehm said of the phone calls he received on the issue. “They were really angry about chickens.”

Good headline: Winona is chasing the lights on Broadway. It goes atop a story about more lighting downtown to make the streets safer. The Winona Daily News reports that the City Council wants to create safe pathways for pedestrians and bicyclists, ranging from signals to new structures.

Mower County Sheriff Terese Amazi says blacktop scammers are making the rounds in the county and asks people to be wary. The story in the Daily Herald said one Grand Meadow resident allegedly paid $17,000 for a job that included shoddy materials and poor workmanship, according to Amazi, who added that residents should refuse services from people coming to their door and contact law enforcement in case something needs to be documented for civil court.