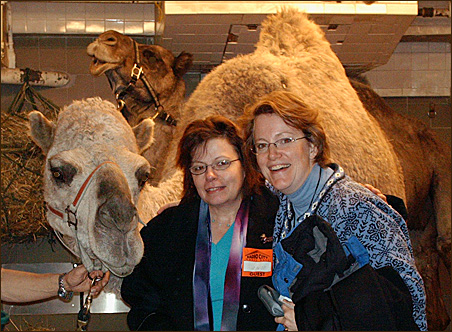 Some tourists attending the Radio City Music Hall’s 75th “Christmas Spectacular” had their photos taken with a lithesome Rockette.

I got mine taken with Ted, a real-live camel from “The Living Nativity” number.

Tell you what — it pays to have friends who live across the street from the show’s production stage manager. Kathy Hoovler, who manages a 110-member crew, graciously took us on a backstage tour after the Dec. 26 matinee in Manhattan.

We learned that the 90-foot by 30-foot LED wall (LED means light emitting diode) is reportedly the world’s largest indoor version, and some Rockettes work into their 40s — or as long as they can “kick eye-high.”

Ever wonder how the 80 Rockettes keep from tripping over one another or getting their antlers entangled? A series of white angles and other markings on the massive stage point the way.

I now know why this 85-minute holiday show is a must-see event for New Yorkers and tourists. Sure, we could have stood in long lines trying to get tickets to what The New York Times described as the “wondrous abundance of straight plays on Broadway this fall.“ 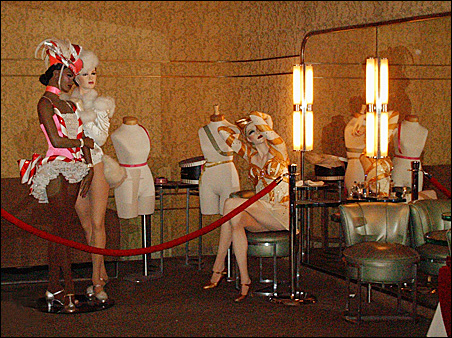 Photo by Casey Selix
Mannequins in Rockette costumes liven up the waiting area in this women’s restroom at Radio City Music Hall.

But my friends, former St. Paul residents Janet and Lee Roberts, wanted their school-age children to see the “Christmas Spectacular” at least once in their lifetimes, and since I hadn’t seen it either, we said yes to their neighbor’s offer to obtain reasonably priced tickets.

Hitching a ride with Santa
The show’s program comes with 3-D glasses that allow the audience to hitch a ride on Santa’s sleigh from the North Pole to Manhattan. The animation apparently feels so realistic that a sleigh-sick child barfed on the people in front of us. Thankfully, an usher rushed in to clean up.

Thankfully, the Rockettes distracted us with “eye-high” kicks in numerous dances, even with towering antlers on their heads. 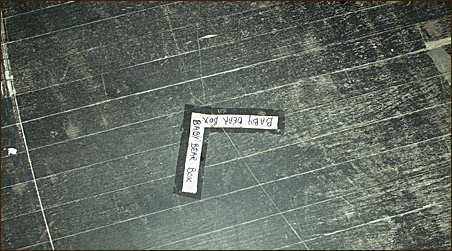 Photo by Casey Selix
Such markings on the stage point the way for Rockettes and other performers.

The most-amazing dance number, at least to me, is “The Parade of the Wooden Soldiers.” At the end of several lockstep marches, the uniformed Rockettes line up and topple backward like dominoes.

“Of all the numbers, it’s the most precise,” Hoovler tells me later. “The fall is very difficult, and it’s rehearsed quite a bit because of the risk of injuries. They literally fall on top of each other.”

Dancers of the four-legged variety
Ted and his camel buddies do their own kind of dance, undulating across the stage in the caravan en route to baby Jesus.

Nine of the beasts rotate in and out during the Christmas run, living in the belly of the hall for two weeks before returning to a farm in upstate New York. “Ted stays the longest because he likes it,” Hoovler says. Others “get bored and need to go home” sooner.

At 5 a.m. each day, Ted and his friends can be seen loping along Fifth Avenue and around Rockefeller Center for one of two daily walks. If it’s raining or snowing, however, Ted stays indoors. “He’s a big baby,” Hoovler confides. Other camels actually like the precipitation, which just goes to show you that not all camels think alike.

Nonetheless, Ted is a trouper when it comes to posing with guests in his home below the stage. “He’s a real ham,” Hoovler says.