There’s one piece of good news to report during “Cover the Uninsured Week”: The rate of uninsured children fell 13 percent nationwide between 1994 and 2007, thanks to government assistance like Medicaid and the Children’s Health Insurance Program.

The rest of the news is grim and likely will be grimmer when 2008 numbers become available later this year.

A study released this week by a University of Minnesota research center found that the number of Americans going without health insurance increased 9.3 percent between 1994 and 2007, leaving 45.7 million people (ages 0-64) uninsured. In Minnesota, the uninsured population grew 8.1 percent to 448,809 residents. Unlike the national trend, the number of uninsured kids in Minnesota increased 6.2 percent to 95,849 after cuts to the Minnesota Care program and declines in employer-sponsored insurance.

The statistics are contained in a report titled “At the Brink: Trends in America’s Uninsured 1994-2007,” which was commissioned by the Robert Wood Johnson Foundation for “Cover the Uninsured Week.”

The numbers for 2008, when millions of Americans lost their jobs in the latter half, won’t be available until August. “We think it’s going to be worse,” said Lynn Blewett, director of the U’s State Health Access Data Assistance Center, which crunched the numbers for the “At the Brink” report. 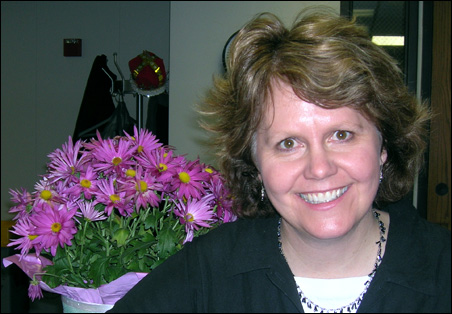 Courtesy of U of M
Lynn Blewett, director of the State Health Access Data Assistance Center, University of Minnesota

“Our employers have been the foundation of our health coverage system and they don’t have a mandate to provide health coverage,” Blewett said. “This is where the majority of our citizens get their coverage. As employers are dropping health coverage (because of the spiking costs) and more workers are becoming uninsured … there’s really not much of a safety net for working able-bodied adults.”

The outlook isn’t as bad for our children. Though Minnesota saw an increase in uninsured children in this report, the 2008 numbers should reflect that state money was restored to the Minnesota Care budget so that more kids were covered, she said.

Minnesota has consistently ranked in the top three or four states with the lowest uninsured rates, Blewett said. According to this report, 9.9 percent of our residents (ages 0-64) are uninsured compared with 17.5 percent across the nation.

“We’re still in the top three or four states,” she said. “What’s kind of interesting is that things haven’t changed in the last 10 years, even with [the arrival of] Minnesota Care,” a government insurance program to insure low-income residents.

But she expects more of the population will be at risk because of the rising unemployment rate and the lack of affordable private insurance, particularly for people ages 50 to 64 with pre-existing conditions. If they don’t have insurance and delay getting help when they become sick, they end up in emergency rooms at a time that hospitals are receiving less reimbursement for care, Blewett said. “Regions, Hennepin County Medical Center — those (tax-supported) hospitals — are going to be affected worse than others.”

The “At the Brink” report offers “early warning signals” that it’s “not just poor people who don’t have coverage,” Blewett said.

Casey Selix, a news editor and writer for MinnPost.com, can be reached at cselix[at]minnpost[dot]com.