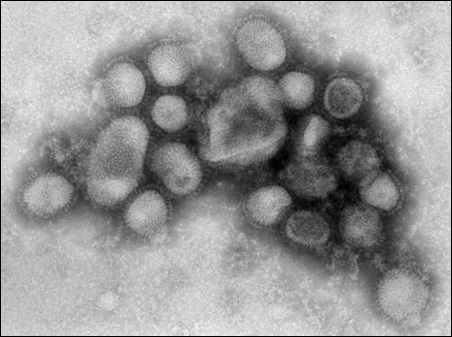 Summer is a time to unplug for a while, but with the State Fair and Labor Day behind us, school and the work-life reconvenes. What kind of summer did the H1N1 novel influenza virus have, and what more do we know about it? Here’s an update.

Let’s start with some good news:

The novel H1 N1 virus has managed to circumscribe the globe, but it hasn’t mutated. Its genetic makeup is essentially unaltered since it first surfaced in Mexico, which means that it hasn’t acquired any special powers that might enhance its ability to spread or cause serious illness. It hasn’t acquired the lethal savvy of the Spanish flu of 1918-19, an H1N1 variant that killed 40 million people worldwide. This also means that the vaccine currently in production should work.

What are they calling it now and where did it come from?

The swine flu elements predominating the novel H1N1 virus have been in the swine community for a decade or more, but it’s uncertain where or when the virus acquired the genetic material required to make it capable of infecting humans. Typically this “breakthrough” comes when a pig is simultaneously co-infected with two different strains of influenza, allowing the two viruses to randomly swap genetic material.

Though the name change was for scientific accuracy, it was also designed to help out the beleaguered pork industry. Here’s the point: You can’t catch swine flu from eating a pork chop anymore than you can catch Lyme disease from eating a Key lime pie.

For reasons that aren’t exactly clear, influenza is the most active in the winter months. While we paddled, sailed, swam, camped, hiked, and snoozed our way through another Midwestern summer, H1N1 was infecting its way across the wintry southern hemisphere. According to the World Health Organization, H1N1 is now the dominant strain in this year’s southern hemisphere flu season; that’s consistent with findings in the U.S., where the CDC reports that 97 percdent of current flu isolates have been identified as the novel H1N1 virus.

What the Minnesota H1N1 activity?

Here in Minnesota, as the regular influenza season was making its predictable fade in April, H1N1 activity began to rise, peaking in the third week of June and dropping dramatically thereafter. Up until the arrival of H1N1, it had been a very mild 2008-9 flu season. Hospitalizations for run-of-the-mill seasonal influenza peaked at 32 cases in the last week of February. Compare that to 94 hospitalizations for H1N1 in the third week of June. As of the week ending Aug. 29, only sporadic flu activity was reported here in the Midwest, while the southeast region of the country has had widespread activity. It’s coming this way.

H1N1 novel influenza has landed 252 Minnesotans in the hospital. The median age was 12 years, and about 80 percent had one of the following risk factors that historically has been associated with a more serious influenza infection: an underlying health problem (most commonly diabetes, heart disease, asthma or kidney disease); pregnancy; or age (under 5 or older than 65). In these Minnesota H1 N1 cases, asthma seemed to be a very significant risk factor for hospitalization, which makes sense if one considers that influenza replicates in the respiratory tract. Sadly, three Minnesotans have died from an H1N1 infection, each having at least one of the risk factors described above.

Is the novel H1 N1 virus behaving differently than the usual influenza?

As the virus swept through Mexico, health officials were concerned by the virus’s genetic novelty (which means it could catch our immune system by surprise) and by the fact that the virus seemed to be killing young, healthy adults — people who should be the most capable of fending it off.

That’s unusual for an influenza virus. According to the World Health Organization (WHO), “most severe cases and deaths [internationally] have occurred in adults under the age of 50 years, with deaths in the elderly comparatively rare. This age distribution is in stark contrast with seasonal influenza, where around 90% of severe and fatal cases occur in people 65 years of age or older.”

Testing by the CDC suggests a possible explanation for why older folks aren’t being effected as hard by the H1 N1 influenza. Using blood samples, researchers found that a third of people over the age of 60 had enough antibody protection against H1N1 to protect them from illness. Presumably this is from a remote exposure to a similar H1N1 strain. Only 6-9 percent of those aged 18-64 had protective level of antibodies.

What’s not unusual about the H1N1 virus is that pregnancy and the medical conditions listed earlier put people at higher risk of having a serious flu bout. That’s how it is with the routine influenza strains. According to the CDC, about 70 percent of people who have been hospitalized with this 2009 H1N1 virus have had one or more of these “high-risk” medical conditions. Globally the WHO reports higher risks of hospitalization and death among subgroups like minority groups and indigenous populations.

If asthma is a risk factor for severe disease, Mexico City’s notoriously soupy, sooty air certainly may have been an independent risk factor.

How do you know if you have an H1N1 infection?

The classic symptoms of influenza are a high fever, dry cough and sore throat. Profound fatigue and muscle aches are common as well, and in this way, the novel H1N1 virus doesn’t disappoint. But there’s one wrinkle, and what an unpleasant wrinkle it is. Nausea, vomiting and diarrhea can occur with standard influenza, but usually it occurs only in children, and to a limited degree. (In public parlance, the “flu” is habitually mislabeled as “the stomach flu,” a short, intense slugfest caused by the noro virus.) Unfortunately, the CDC reports that these gastrointestinal symptoms are a “common” aspect of the novel H1 N1 infection, though it’s unclear how a virus that infects the respiratory tract could cause such profound GI symptoms.

If you’re otherwise healthy but suspect you have a H1N1 infection and want to be tested, forget about it. Since early May, the Minnesota Department of Health has recommended against testing for routine suspected cases of H1N1 on the grounds that it wouldn’t change treatment (you’re at low risk for any trouble), and that traveling to the clinic to get tested just gives H1N1 free transportation and more exposure. Stay home. Isolate yourself. Cover your cough. You can come out 24 hours after the fever has passed (without the aid of Tylenol or ibuprofen).

The CDC says that the vaccine against the novel H1N1 virus should be available by mid-October. The H1N1 vaccine will not protect against regular seasonal influenza, or vice versa. That means a minimum of two shots to be fully immunized. That beats three shots, which is what it was going to be prior to the study released in the New England Journal of Medicine (NEJM) today. Previously, the CDC felt that a second booster shot for the H1N1 would be required, but the NEJM study shows that a single dose of H1N1 vaccine affords the same protection as two separate shots.

It’s not just a question of when exactly the vaccine will arrive, but of how much, and who should get it first. Despite all of our technical sophistication, we’re still producing vaccine the old fashioned way, by growing the virus inside of live chicken eggs. And production was hobbled initially by the fact that H1N1 seemed to be a slow grower. For this and other reasons, the Department of Health and Human Services was expecting 120 million doses by Oct. 15, but now expects just 45 million by that time.

When the vaccine does arrive, the CDC plans on doling it out in the most logical manner: those at highest risk of serious disease will get it first. These target groups include pregnant women, people who live with or care for children younger than 6 months of age, health-care and emergency medical-services personnel, persons between the ages of 6 months and 24 years old, and people ages of 25 through 64 years of age who are at higher risk for 2009 H1N1 because of chronic health disorders or compromised immune systems.

What about the kids?

Seasonal influenza causes roughly 50-100 pediatric deaths nationwide each year. A recently published CDC study looked at 36 children who died of H1 N1 infection this spring and early summer. Two thirds had serious underlying disabilities such as cerebral palsy, muscular dystrophy or long-standing respiratory problems. But there were some who had no underlying health problems, yet succumbed to a secondary bacterial infection, typically a pneumonia. This is a well-known complication of influenza, which injures the lungs’ immune defenses, making it vulnerable to other pathogens. Here is an important pattern for parents and medical providers to spot: a child who appears to have been recovering from an influenza-like illness suddenly deteriorates as a secondary bacterial infection sets in.

At a recent H1N1 update, Dr. Thomas Frieden, the director of the Centers for Disease Control and Prevention, spoke with clarity about an approach to school closings that emphasizes due diligence and focused prevention rather than paranoia.

“Kids need to learn. Parents need to work. There’s a lot that happens at schools that is very important,” Frieden said. “We’ve had a handful of schools close, most of them just for a day or two. If your kid is sick, please keep them home. They’ll get better quicker and they’ll not infect people around them. Schools should ensure that kids who are sick are separated and sent home with a parent or caretaker, and that kids cover their cough, cover their sneeze and wash their hands. If those simple steps are taken, the number of people who become infected will come way down.”

Summer’s over and welcome to the H1N1 flu season