One in 88 children has a diagnosis of autism. That’s more than diabetes, AIDS, cystic fibrosis, cancer, cerebral palsy, muscular dystrophy and Down syndrome combined, according to a recent update by the Centers for Disease Control and Prevention (CDC). At the same time the diagnoses are rising, the American Psychiatric Association (APA) is in the process of changing the definition of autism — which has researchers, parents and professionals trying to figure out how this will affect diagnoses, insurance coverage and treatment.

The changes will be part of the APA’s revision of the Diagnostic and Statistical Manual of Mental Disorders (DSM), the fifth rewrite.

People with autism range from those with no recognizable symptoms to those who are nonverbal and insular, with many variables in between. Part of the APA’s goal is to standardize diagnoses, including those for Asperger’s syndrome, a condition characterized by poor social skills, an inability to pick up on body language or a propensity to conduct monologues on a subject about which they’re quite knowledgeable but which has no interest to the people around them.

A Yale University study, which appears in the April issue of the Journal of the American Academy of Child and Adolescent Psychiatry, concluded that “Proposed DSM-5 criteria could substantially alter the composition of the autism spectrum.” The study, looking at the impact of the proposed changes to the DSM, concluded that as many as 40 percent of those diagnosed with autism under the current criteria would be excluded from the diagnosis and thus excluded from medical and social services if the changes are implemented.

That drew the attention of both professionals and parents; some have been expressing concern about the effects that a revised definition will mean for helping children integrate into society and, in some cases, become more independent.

“It’s worrisome for me as a parent,” said Lucille Paden of Eden Prairie, whose 15-year-old son has Asperger’s syndrome. “Whenever they change criteria somebody’s going to get left out, especially the high-functioning kids. It’s typical of decision makers. They make the decisions and then put it out there. They are removed from (the life of kids and families living with autism). They don’t see firsthand what is going on.”

‘This shouldn’t be scaring people’

Dr. Bryan King, one of the members of the Neurodevelopmental Work Group specifically studying changes to the autism definition for the DSM update, begs to differ. King, program director of the Seattle Children’s Autism Center, is anything but removed from day-to-day contact with autism. 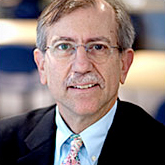 “This shouldn’t be scaring people,” Dr. King said in a telephone interview. “The last thing I want to do is make things worse. I would never sign up for an agenda to manage the numbers. What I want to do is get the diagnosis right.”

According to Dr. King, there is currently no standardization of Asperger’s/autism diagnosis. Instead, there is “arbitrary carving up of the autism diagnosis into discreet categories. Experts can’t decide who should be diagnosed with what,” he said.

Diagnoses vary across the nation

For the most part, Asperger’s syndrome is considered by Minnesota practitioners to be a part of the very wide Autism Spectrum Disorder, but in some areas of the country it is a more stand-alone diagnosis. The DSM-5 Neurodevelopmental Work Group recommends expanding the Autism Spectrum Disorder category to every state to eliminate separate diagnoses, including autistic disorder, Asperger’s disorder, childhood disintegrative disorder and pervasive developmental disorder not otherwise specified.

Under the current DSM, certain characteristics must be noticeable by age 3 for a diagnosis of autism, when in fact, some of those characteristics do not become obvious until there is a greater demand on the child socially. The revision would allow for an autism diagnosis with varying degrees of severity of characteristics present, Dr. King said.

“Most likely (with the recommended changes in the DSM), a diagnosis of Asperger’s as part of Autism Spectrum Disorder, more people will be eligible” for therapies, he said. 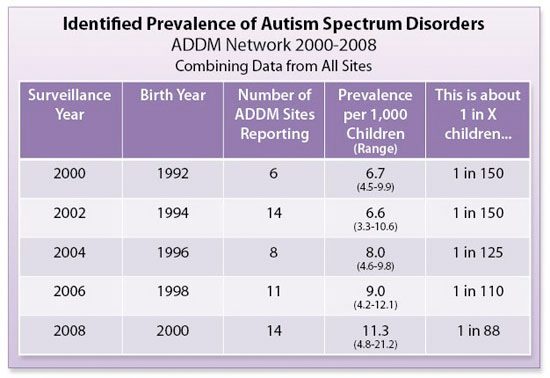 As for the reason for the dramatic increase in autism prevalence, Dr. King says experts are still wrestling with that one.

“Is there an increase or are we just more aware of it? We need to be thinking about how we’re going to rise to the challenge of taking care of this rising population and what is causing it,” he said.

The committee revising the DSM is scheduled to complete its work in December, but before that, “we’ll post it one more time with an opportunity for people to comment,” King said. “We want to get it right.”

Meanwhile, the APA has taken issue with the Yale study’s conclusions, with members of the work group writing, “The original sample was not representative of a general medical or psychiatric clinic, much less of the general population, and cannot be generalized to apply to other datasets, such as the DSM-5” — and Twin Cities autism centers are taking a wait-and-see posture.

“We’re going to scrutinize it, but in some ways the (proposed new) criteria are broader,” said Pat Pulice, psychologist and autism services director for Fraser Child and Family Center. Fraser, founded more than 75 years ago by a parent of a child with special needs, is the largest and oldest provider of autism services in the state.

Pulice said that many of Fraser’s clients with Asperger’s have secondary diagnoses that would still render them eligible for services if they were to lose coverage under the Asperger’s diagnosis.

“There most likely will be some impact, but we are working diligently to make sure there’s the least amount of impact and that our clients are served,” Pulice said.

For more information on the DSM 5 proposed changes, visit DSM5.org.