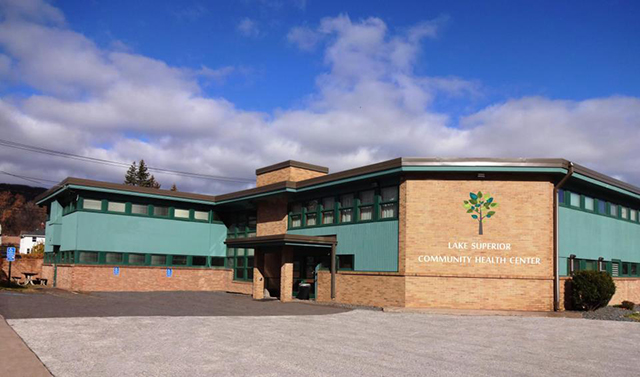 This is the second article in an occasional series on late-in-life health care — when chronic illness or a constellation of medical problems can cause a cascade of new needs, complications and worries. This series is funded through a regrant by Allina Health from the Robina Foundation.

As the giant boomer cohort of Americans begins to reach senior status, neither individuals nor the disparate components of the U.S. medical system have fully prepared for a new reality: People can expect to live far longer than their forebears. And as they age, patients frequently will need years of coordinated care and support services before they enter the end stage of life. Yet disproportionate amounts of spending go for desperate treatments at the very end.

For example, for the average patient who died in Minnesota in 2010, more than half of the Medicare money paid out in the last two years of life was spent in the final six months.

In surveys, the vast majority of patients say they would prefer to avoid hospitalization and intensive care during the terminal phase of illness. But when doctors offer options, patients generally opt to pursue all chances for cures.

In a system where intensive medical interventions are the main options offered, it is human nature to grab for those lifelines, said Dr. Robert Kane, who directs the Center on Aging at the University of Minnesota.

“People — and Americans, particularly — are not very good at making wise decisions at the margin,” Kane said. “They tend to want whatever they can get. …  In America, if you can pay for it, you can have it.”

“In some cases you could say that’s bad social policy because we are doing a lot of stuff that doesn’t really make good sense,” Kane said. “But it may be bad personal policy as well because they are basically putting the rest of their life at risk to live in a miserable situation in order to gain very little.”

As a result, Kane said, “we spend a fair amount of effort in this country dealing with problems where the benefit does not necessarily outweigh the harm; we put people through very expensive and debilitating treatment that is not necessarily in their best interests.”

Meanwhile, those patients — along with patients who suffer from multiple or chronic illnesses but are not terminal — face ever greater need for help with daily chores, errands, personal care and transportation. Ideally, they could turn to families for help. And many of them do just that.

But some patients have outlived their close relatives. That is especially true for elderly women. Almost half of women older than 75 years live alone.

Further, nearly 25 percent of Minnesotans over 50 who live alone have no one to care for them if they were to become sick or disabled, according to “Advancing Health Equity in Minnesota,” a report compiled by the Minnesota Department of Health.

Even those who do have attentive relatives often find that their families can’t afford the time it takes to care for someone who needs multiple medical visits and help with daily activities as routine as remembering to take prescribed medicine.

The reality is that there simply aren’t enough younger workers to support an increasingly frail and aging population, let alone taking time off from work to provide hour-by-hour care.

The U.S. Census Bureau expresses the problem as a dependency ratio, or the number of people 65 and older to every 100 people of traditional working ages. The ratio is projected to climb rapidly, from 22 to every 100 workers in 2010 to 35 to every 100 in 2030.

Minnesota has taken ambitious steps to fill the needs of patients late in life, creating an array of services for people in fragile conditions. Most counties provide home-delivered meals, hospice care for those nearing death, and other helpful services.

However, many services are lacking for Minnesotans who aren’t ready for hospice but are struggling to manage daily functions, according to a Gaps Analysis Survey for 2012, the most recent year surveyed.

The gap that worries many health-care experts is the one between their own clinics and the government services.

Kane, the U of M expert on aging, said that communication is “extremely poor” between the social-service agencies and health care-workers.

“There is a big schism there,” Kane said.

Jean Wood, director of the Minnesota Board on Aging, agreed that the schism is worrisome. But she stressed that steps are being taken to do a better job of connecting patients with available services.

“I don’t think we have closed the gap perfectly at all,” Wood said. “But I think that there are these tools available, and we are getting better and better at using those tools and getting them out there.”

For example, Minnesota launched an initiative in 2008 to create “health care homes.”

The model offers a team approach to primary care in which providers, families, patients and others work together to improve quality of life as well as health for patients with chronic and complex conditions.

By late 2013, 43 percent of the state’s primary care clinics had been certified as health care homes, according to a report the state departments of health and human services sent to the Legislature.

The report acknowledges that “most healthcare systems do not partner effectively with community resources,” and says the lack of collaboration has led to “under-utilization of community services and fragmentation of care.”

Closing the service gap also could save money, according to related analysis by researchers at the University of Minnesota’s School of Public Health. By 2012, Medicaid enrollees served by health care homes had 9.2 percent lower costs than their counterparts at other clinics, the researchers reported.

Wood urged Minnesotans who aren’t getting the coordinated care they need from health care homes to seek services through free statewide information lines: the Senior LinkAge Line® at 1-800-333-2433 and the Disability Linkage Line at 1-866-333-2466.

In future installments, we’ll look in detail at the multiple challenges faced by patients and new efforts to meet them, both in Minnesota and across the country. This yearlong examination of issues faced by late-in-life patients and their families is funded through a regrant by Allina Health from the Robina Foundation. It is conducted in conjunction with media partners Ampers and TPT, whose documentaries will focus on Minnesotans enrolled in a multiyear Allina study involving patients at this time of life.