This article is Part 2 of an interview with Dr. Steve Miles, M.D., a professor of medicine and bioethics at the University of Minnesota Medical School in Minneapolis whose expertise includes late-in-life care. You can read Part 1 here. The Q&A is part of an occasional series on late-in-life care — when chronic illness or a constellation of medical problems can cause a cascade of new needs, complications and worries.

MinnPost: What about psychological issues late in life? What can help people cope with the physical changes that are occurring during this period?

Dr. Steve Miles: Let me take the unrecognized one first. Sleep gets disrupted as you get older. It’s shallower. There are more waking periods. Many older people turn to combinations of prescription drugs and over-the-counter drugs to try to sedate themselves at night. This is a disaster. The number of people intoxicated by prescription and over-the-counter drugs, like Benadryl, for example, is simply extraordinary. Older people need to learn that they will not die of not sleeping at night. People get absolutely panicked by being awake at night. This is not something for panic, and you can definitely make it worse — and make your brain worse in terms of memory attention and so forth — by piling on sleeping meds.

That’s number one. Number two: Depression happens. It is seen in somewhere around 15 to 20 percent of people during the last stage of life. With that goes a risk of alcohol misuse. That’s a big issue, but depression can be treated and nailed early — if it’s recognized.

The other thing that is really interesting is … the real numbers [on gun violence in the Twin Cities]. If you take [gun-related] homicides in Minnesota [during the three-year period 2008-2010], it’s roughly the same for blacks and whites, about 70 [according to the U.S. Centers for Disease Control and Prevention], and since blacks are a smaller percentage of the population, that means [gun-related] homicides are much more common in the black population. Those are the deaths that occupy the front page of the newspaper. But [gun-related] suicides in Minnesota [during that same period] were about 800  — 10 times as many. Suicide is very uncommon in the black population, but among depressed older white guys in a gun-saturated environment, it’s pretty common. The availability or the proximity of the gun vastly increases the lethality of [suicidal] thoughts.

MP: Should family members get the guns out of the house?

SM: Yeah. That will make me really popular.

MP: Going back to treating depression in the elderly for a moment. What form should that treatment take?

SM: Medications can get you 20 percent of the way there. Congregate dining will do much more, [as will] getting out of the house, moving, sunshine in the afternoon, socializing and exercise. These are the real interventions for depression.

Depression basically fuels on opportunities for regressed, obsessional thoughts. Essentially, the intervention should not be drugs alone, but it should be drugs, psychotherapy where indicated, and also avoiding allowing a person later in life to “cocoon in.” 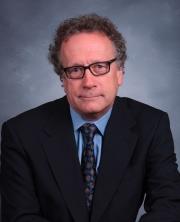 MP: What about the timing of moving people into residential care? Is there a “right moment,” and, if so, how does a family figure that out?

SM: It often doesn’t happen until a crisis. I’ve not found any way to advance that, but, on the other hand, I think that if people are moved earlier into environments that can support them longer in place, then the radical transfer from home to nursing home can be minimized, and you can go from independent living to a wraparound of assisted services that is gradually escalated within a single environment, such as a retirement community.

If you have somebody in a stand-alone home, then there are these things called personal and instrumental ADLs [activities of daily living measurements] that you can use [to assess the situation]. Roughly, personal ADLs are things like the ability to feed and bathe oneself. Instrumental ADLs have to do with environmental maintenance — the ability to do housecleaning, shopping, that kind of thing.

The problem is that the step up to instrumental ADLs is so high in private homes, especially when the homes are distant from other support services. A crash in instrumental ADL ability can result in a person radically shifting to a more restricted environment. But that might not be necessary if the person was in an environment that offered more fine-tuning as their ability to perform instrumental ADLs declined. Does that make sense?

MP: Yes. But I know from my own personal experience with helping elderly relatives transition out of their homes, that recognizing — and accepting — those signs can be difficult.

SM: I think you watch for things like the ability to shovel walks, the ability to pay bills, the ability to clean the kitchen and put dishes in the cupboards, the ability to get in and out of the bathtub. To some degree, you can solve these with homemaker services, bath boards and all the rest of this jazz — but each time you do, what you’re really witnessing is a collapse of instrumental ADL. Whereas personal care ADLs — eating, bathing and so forth — require a personal care attendant, instrumental ADLs really require community-level services, and that’s why assisted-living environments or independent environments that have assisted living actually offer so much greater ability to stay independent for longer.

MP: Maybe instead of doing that it would be better to move earlier?

SM: Absolutely. As soon as family members are supplying instrumental ADLs, at that point I think the question of modifying the total living situation to an environment where instrumental support either isn’t necessary or where it can be offered through a community or inter facility service is a much better deal. Houses are so large, older people do quite nicely in one to two bedrooms and it’s easier from a lot of standpoints.

I think that it’s fair to say [to your elderly relative], “I’m willing to be altruistic here, but we’re reaching a point here where the maintenance … the ability to maintain your house and not focus on you as a person is becoming distracting to our relationship.”

MP: That’s a great way of putting it. You mentioned about how Minnesota is not doing very well, nor is the Twin Cities; anything else about what you think the state should be doing?

SM: I think we’re doing well on a couple of things. I think we’re doing well on end-of-life care. I’ve heard it said that we actually have a larger metropolitan area than Los Angeles. You can fact check that but I’m pretty sure that’s true. Considering that LA is a population of 12 million and we’re a population of 2 million, that’s the definition of sprawl. And again, as given that the first ADLs to decline are the instrumental ADLs, the environment has to respond to the instrumental ADL challenge of late-life demographics, and we’ve not given enough attention to that. I don’t think that we can do this with a social-service model; [we] may have to do this with an urban architecture model.

MP: Anything else we haven’t discussed that you think is important?

SM:  The other thing is Europeans aren’t the only people who believe in nuclear families, and the diversity of family structures has enormous implications for late-life living. Some communities won’t be able to mobilize large groups of elders in the community, church people, extended relatives and so forth — or they live in houses with many more relatives or multigenerational relatives and all of those things shape the contour of late life — and so I think that [when] we think about how to respond to late life in Minnesota, we have to take into account the diversity of cultures that we have here and not design a system that is centered on the images of aging and the nature of relationships that characterize a particular cultural group.

MP: It sounds all very complicated and is certainly going to take many years to implement even if we have the will. Are you optimistic?

SM:  I’m always optimistic.  If I wasn’t optimistic I’d be dead by now.

This yearlong examination of issues faced by such patients and their families is funded through a regrant by Allina Health from the Robina Foundation. It is conducted in conjunction with media partners Twin Cities Public Television (tpt) and Ampers. A TPT documentary, “Late Life: Living With Chronic Illness,” aired June 12; additional showtimes are listed here. An earlier TPT documentary, “Late Life: Redefining Care,” can be seen here.

Late-in-life care: Dr. Steve Miles on coping with illness, and transitioning from home