This article is part of a yearlong occasional series on late-in-life health care — when chronic illness or a constellation of medical problems can cause a cascade of new needs, complications and worries. The series is funded through a regrant by Allina Health from the Robina Foundation. It is conducted in conjunction with media partners Ampers and Twin Cities Public Television (tpt), whose documentaries (click on “Archive” on the linked web page) are focusing on Minnesotans enrolled in a multiyear Allina study involving patients at this time of life.

Late-in-life care often results in leaving your home for a supervised living situation. Nobody wants to leave their home any earlier than necessary, and since supervised care is expensive, it’s often in the best interest of the families and the state to put off that move as long as possible.

Older Minnesotans who live outside metro areas face the same issues as their city counterparts, including proper nutrition, home upkeep, health care, transportation, socialization. The difference in rural Minnesota is the vast distance between services and the smaller pool of professionals and volunteers available to provide these services.

But that doesn’t mean services aren’t available. Minnesota is divided into seven Area Agencies on Aging, and these organizations work to provide basic services to the elderly as well as offer information about other services. This installment will focus on some efforts that help rural seniors remain in their homes; future stories will explore housing options, physician shortages, transportation challenges and other rural health concerns for the older patient.

Funding for the basic services comes from the Older Americans Act of 1965, part of President Lyndon Johnson’s Great Society program. One of the act’s provisions created the Area Agencies on Aging and funds them through a mixture of federal and state dollars determined by the number of elderly people in the area.

That’s not a good place to be in this economy and political climate. Funding has remained flat for 13 years while the number of retirees needing the services has grown. 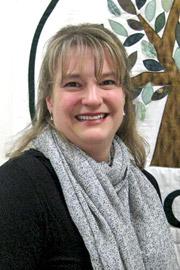 “In the last two years, we’ve really started to feel the change in demographics,” said Kristi Kane, the executive director of ElderCircle, a Grand Rapids-based organization that provides late-in-life care to people living in Itasca, Koochiching and parts of Lake, Cook and St. Louis counties.

She’s not only referring to the well-documented shift of the postwar baby boom into retirement, but the lack of population following the Baby Boom from which her organization can draw volunteers.

“These counties are vast, so if we have someone who needs help in, say, rural Big Fork, we need a volunteer in the Big Fork area,” Kane said, because it’s not economically feasible to send someone from another part of the agency to help that senior.

“When we’re looking at volunteer-driven care, we see that the volunteers themselves are aging. The need for care is rising and the pool of volunteers is shrinking while funding remains flat or shriveling,” Kane said.

Marilyn Ocepek, the director of senior services at the Arrowhead Economic Opportunity Agency, also touched on the difficulty of arranging volunteers.

But volunteers are the service’s backbone. Last year, the Arrowhead Area Agency on Aging served 1,700 meals each day. If someone wants a meal but isn’t covered by the Older Americans Act, they are charged $7.50. Last year the Arrowhead agency ended the year with an $80,000 deficit. Its staff hopes to make it up by discontinuing weekend meal deliveries in Duluth.

Meals on Wheels is one of the most successful senior programs; volunteers deliver a hot lunch to a homebound senior citizen. The meals are planned by a nutritionist so recipients are guaranteed one healthy meal each day.

But Ocepek explains that it’s more than a meal.

“What a lot of people don’t understand about the service is that it’s a service, not just a meal,” Ocepek said. “It’s available to anyone over 60 or to anyone who is homebound. Not only are the meals planned by a nutritionist, but the recipient receives a nutrition risk assessment to target those at high nutrition risk. Some also receive help with eating or toileting. Some get help shoveling their driveway or other household chores.”

In rural areas where daily delivery just isn’t feasible, agencies have bought freezer trucks and developed frozen meals so they can deliver 10 to 14 meals at a time to some Minnesotans.

The agencies also contract with area community centers or hospitals to provide “senior dining,” in which the senior can come in to get a nutritious meal and be with other people for a while.

While senior dining can be found in towns as large as Duluth and Hibbing and as small as Biwabik and Proctor, the program isn’t limited to institutions. In some areas where even small community centers are too far away, agencies have contracted with restaurants to provide the meals. Thus, seniors can find a meal planned by a nutritionist at restaurants such as Megan’s Family Restaurant in Aurora and the Wilbert Café in Cotton.

Gwen Keskitalo, the owner of Megan’s Family Restaurant, sees between 40 and 60 seniors each day. Her restaurant allows them to order off the menu “for breakfast, lunch and supper,” but she makes sure each meal meets nutritional guidelines.

“Liver and onions is the absolute number one favorite meal,” she said, along with the hot roast beef and hot hamburger sandwich.

The senior pays $4 at the table for the meal, and Keskitalo is reimbursed $1.75 for each meal served. Since that doesn’t equal the cost of the meal, she said she serves slightly smaller portions than full-price meals. No one seems to mind since elderly people don’t eat as much as people under 60, she said. She also doesn’t allow any take-out meals since she’s not reimbursed for containers of any kind.

While getting a hot, nutritious meal is important, Keskitalo said socialization is just as important.

“It’s important to get the elderly out in the community so they can see other people and chit-chat,” she said. “Otherwise they’re stuck at home.”

The agencies offer a number of health-related services. Mark Tysver, the program manager of the Land of the Dancing Sky Area Agency on Aging – otherwise known as the 21 counties in the northwest portion of the state – touted a caregiver respite program, whether it’s for an extended period or just an hour or two using adult daycare; wellness programs; and programs to help deal with chronic diseases. The Arrowhead Area Agency on Aging offers Living Well With Chronic Conditions Workshops [PDF] as well.

Kane expanded on the list: transportation to medical appointments and some transportation to non-medical appointments like grief support; grocery delivery for the homebound; guardianship for seniors who have no one to act as their legal guardians; chore services; good neighbor services which includes things like filling out forms and cleaning the house; outreach education on topics such as Medicare fraud prevention; and friendly visitation in which someone stops in once a week to make sure everything’s OK.

Minnesota “has been very progressive in trying to keep people in their homes,” Tysver said.

Trying to get to seniors’ issues early

One of the biggest problems aging agencies face is getting seniors in the door. Many don’t self-identify as seniors in need of help, then they suffer with problems that, if handled earlier, wouldn’t be as serious, Kane said.

“No one wants to identify themselves as being a senior or aging,” Kane said. “We see them when they’re at the end of their rope. If we had seen them earlier, we would have a better chance of keeping them out of a nursing home.”

That’s why Kane is thankful her agency headquarters will soon move to a community center attached to the YMCA in Grand Rapids.

“More than 1,200 people a day of all ages and all economic backgrounds walk through those doors,” she said. “With our offices right there, hopefully we won’t be as scary and be able to help handle some of the issues on aging.”