This article is part of a yearlong occasional series on late-in-life health care — when chronic illness or a constellation of medical problems can cause a cascade of new needs, complications and worries. The series is funded through a regrant by Allina Health from the Robina Foundation and is conducted with media partners Ampers and Twin Cities Public Television (tpt), whose documentaries are focusing on Minnesotans enrolled in a multiyear Allina study. A new episode, “Beyond the Doctor,” the third of six, will premiere Sunday, Aug. 24, at 6:30 p.m. on tpt 2.

Moving is bad enough. But it’s even worse if the reason for relocating is a body that’s no longer cooperating.

Hoyt Lakes’ Margaret Steenerson found herself in that position this past May when her 94-year-old frame couldn’t keep itself upright.

“I kept falling,” Steenerson said by phone from her new residence at the Northland Village Assisted Living Community in Hoyt Lakes, just two miles from the home where she’d lived for half a century. Hoyt Lakes has a population of about 2,000 and is roughly 200 miles north of Minneapolis.

“When you can no longer live in your own home and take care of yourself safely, it’s time to make a change for your well-being and the well-being of your children,” she said.

Steenerson’s experience is becoming something of a rite of passage – like high school graduation, getting married or having a child – in rural parts of the state.

That report also found that Greater Minnesota boasts more assisted-living options – but fewer home health-care services — than non-rural areas. Still, in places where public transportation is nonexistent and trees and lakes seem to outnumber people, getting older can be harder. 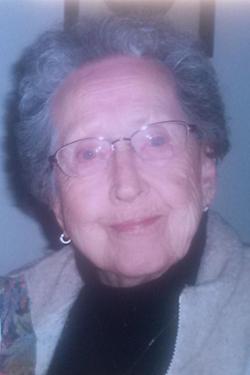 Fortunately for those such as Steenerson, Minnesota is among the country’s leaders in providing living options for its later-in-life residents, national experts say. Minnesota Senior Health Options, which offers medical and assisted-living care, is just one example, said Andrew Coburn, a public-health professor at the University of Southern Maine in Portland and the director of the Maine Rural Health Research Center.

“That’s an important initiative that provides services that otherwise wouldn’t exist,” Coburn said. That program also supplies the elderly with guides who are able to answer questions about moving from home into some type of facility.

And Senior Health Options offers the Minnesota Elderly Waiver program. To be eligible, residents must be 65 or older and qualify for Medical Assistance. They also must require a nursing-home level of care but choose to live in the community. The program pays for services such as bathing, transportation, dressing and chores. A nurse and a case manager use a formula that assesses the need for and the cost of the services they require.

“About 54 percent of the total (Elderly Waiver program) client population (11,823) lives in Greater Minnesota,” according to the 2012 Center For Rural Policy and Development report. Expenditures on assisted-living services have become a significant part of the program – accounting for 65 percent of all dollars, the report said.

One of the first things Brad Sandnas finds himself doing in his job as director of assisted living for the Northland Foundation in Duluth is defining exactly what “assisted living” is.

Assisted living is an apartment, “like any other they would rent,” with nursing care available, Sandnas said. People may come and go as they please and continue to live the way they were living in their own homes.

Staff is there 24 hours a day, so if something happens, “the response time is seconds,” Sandnas said. “That provides a lot of peace of mind for the family.”

That peace eluded Keith Ogden, 63, Steenerson’s son, for a while.

‘When she fell, that would be the time’

Though Steenerson told MinnPost that she didn’t struggle with the decision to move from her home into an assisted-living facility, her son said it wasn’t that simple.

“We made a kind of pact: When she fell, that would be the time,” said Ogden, a retired state trooper who lives in Cavalier, North Dakota, a roughly six-hour drive northeast of Hoyt Lakes. “But she didn’t want to leave the house.”

Steenerson had fallen once before May, outside on the grass, her son said.

“It was real easy,” Ogden said. “There was no injury, except she cut her toe. She kept saying it was not a real fall. So we had some cross words. I told her, ‘You made a deal with me.’ ”

Ultimately, Ogden’s wife, Leslie, persuaded Steenerson that assisted living would be much preferable to falling, breaking a hip, failing to recover due to an older body that can’t heal the way it used to and living permanently in a nursing home with fewer freedoms.

“Now, she has her friends and church family clucking over her (in Hoyt Lakes),” Ogden said. “I am happy. She’s in the Disneyland of assisted living. Everyone there is just peaches.”

‘I feel secure and safe’

“I definitely like it,” Steenerson said. “I’m comfortable. I feel secure and safe. It’s a structured lifestyle, but I can handle it. Everyone here has a good attitude – I appreciate the attitude.”

Simple amenities like that make a big difference when the client’s children don’t live nearby, said Jeanine Dahl, spokeswoman for the Northland Foundation.

Steenerson’s other son lives 5½ hours away in East Grand Forks, Minnesota, and her daughter lives four hours away in Detroit Lakes when it’s warm and in Arizona during the cold months.

“If your grown children are not there – because there might not be job opportunities, for example – you lose that support system that otherwise would help you,” Dahl said. “It’s a common isolating factor in rural communities.”

Arlene Veeder, 76, who moved about a year ago into the CentraCare 60-bed nursing home in Sauk Centre, said she had similar feelings about her residence.

“It’s not bad to get used to; the change was all right,” said Veeder from her room about 100 miles northwest of Minneapolis. Sauk Centre’s population is about 4,300.

“They’re really good to me here. I don’t have anything to complain about,” she said. “I needed the help, even to get to the bathroom. I decided to live here, so I didn’t have to worry about it. Everything just fell into place.”

One might say that Veeder, as do many others, just fell into the nursing home.

Like Steenerson, Veeder kept falling. At first, she moved in with a son, but with him at work during the day, the set-up still was not ideal.

“So I just came here,” Veeder said. “It was not a hard decision.”

What really can be hard: paying

What can be hard is paying for assisted living. The difficulties aren’t only about the expense itself, but the documents and learning curve involved, Ogden said.

“It’s a real challenge muddling through the county and state systems,” he said.

“We’re working through the paperwork – there’s a lot of paperwork,” Steenerson said.

Though she said she’s currently paying out-of-pocket, Steenerson is aware that “real hardship” might come someday.

Sandnas emphasized that the starting point for anyone who wants to move into assisted living is the Senior LinkAge Line at 800-333-2433. 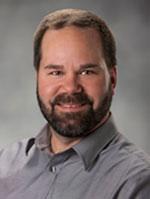 But some companies that run assisted-living facilities limit the number of elderly-waiver recipients whom they accept because the expense is too great, Sandnas said. Others might own some facilities that are private-pay only, which allows them a margin to accept residents in the waiver program.

The number of facilities will have to grow to keep pace with the projected increase of older people living in Greater Minnesota.

Zane Bail, head of the Northland Foundation’s $2.5 million Rural Aging Initiative, pointed to a 2012 report, published by the state Department of Human Services.

It projected a starker picture for northeastern Minnesota. By 2030, about 27 percent of that region’s population will be at least 65, the report estimated – compared to roughly 21 percent statewide.

“The U.S. has an aging population and shortage of affordable senior housing,” Franken said in an email. He serves as co-chair of the Senate Rural Health Caucus. “That’s especially true in rural areas. I support an increased investment in the Housing for the Elderly program to support construction and expansion of housing for low-income seniors.”

Even in places that have adequate long-term-care housing, some, like state Rep. Tom Huntley, D-Duluth, worry that low-paid employees at those facilities might not care about their charges as much as they should.

To help existing and new senior-housing facilities attract and retain good workers, Huntley has worked with colleagues during the past two sessions to raise wages by 5 percent for nursing-home and assisted-living employees.

“The pay was so crummy that it’s hard to staff,” said Huntley, who’s the co-chair of the House Legislative Health Care Workforce Commission. “They could just walk down the street to Walmart and make $2 an hour more, or more.”

It’s important for senior-housing facility staff to know the residents, Huntley said. He told the story of the father of one of his constituents, who suffered from Parkinson’s disease.

“He could lift a glass of water to his lips, but not tilt it back in order to drink it,” Huntley said. “If you didn’t know him as an individual and just saw that, you’d think, he’s always got a glass of water in his hand. But he ended up in the ER because of dehydration.”

Coburn, of the Maine Rural Health Research Center, added that another reason rural residents choose nursing homes sooner than their urban-living counterparts is that they often aren’t the imposing, “institutional-looking” operations that those in more populated areas might be used to seeing.

Either way, to combat that trend, Bail said part of Northland’s Rural Aging Initiative could be to help find funding for home improvements such as bathroom modifications or a ramp to the door that might allow someone to live at home longer.

The biggest challenge, Coburn said, is that rural regions often are resource-poor.

“Creating something out of nothing is hard,” Coburn said. “It’s critical that rural communities work with regional and state agencies that bring services to those areas.”

The big late-in-life move: Assisted living is becoming a rite of passage in rural Minnesota