Some later-in-life patients such as Eunice Wiken, 87, followed Langbehn and Pace to the Mayo Clinic facility in St. James, about 120 miles southwest of Minneapolis, from Madelia in 2011. She had received treatment from the duo for more than a decade.

No way was she going to change just because their providers moved 13 miles away. Wiken trusts them. At her age, that’s crucial.

“Julie makes my appointments for me — just to see me,” Wiken said. “I feel more confident because of her.”

Wiken said Langbehn and Pace “have been doctoring her from the beginning,” while Pace listened to her heart and breathing during a visit last month. “Julie’s so perfect in keeping up with me. She’s made my heart A1. I have no problems.”

Wiken suffered a heart attack a few years ago. Macular degeneration also beset Wiken in 2005, so she can no longer read. And Wiken has asthma. Though Langbehn, a Mankato-based cardiologist and others based elsewhere in the Mayo Clinic system care for Wiken when necessary, the former farmer calls Julie Pace his main caregiver. “We know each other. It’s better than seeing a strange doctor all the time.”

Many later-in-life rural Minnesota patients aren’t as fortunate as Wiken. They might live in remote regions where daily access to physicians and nurse practitioners doesn’t exist. The health-care provider landscape of Greater Minnesota is one where primary-care physicians are becoming older and fewer, while their patients also are older but growing in number, said Mark Schoenbaum, director of the Minnesota Department of Health’s Office of Rural Health and Primary Care. Medical schools, health-care systems and legislators alike know of the problems and are doing their best to solve them.

The Minnesota Hospital Association released a report last month warning that the state faces a shortfall of about 850 primary-care physicians by 2024 due, in part, to “a lack of annual growth” in state residency or clinical training positions. “Funding and the number of ‘slots’ for residency programs have been frozen since 1996,” according to the study.

And a September report by the state Office of Rural Health and Primary Care took a snapshot of Minnesota’s primary-care work force in 2011-12.

The study found that more than half of the 7,511 physicians and nurse practitioners were 45 years or older. A third of them would likely begin retiring in the next 10 years, the report concluded. “This is a concern given the longer training requirements for these two professions compared to (physician assistants),” the study said.

The report also found that up to 11 percent of the state’s 9,076 primary-care providers lived in small rural or isolated rural areas, but 17 percent (about 918,000) of Minnesota’s roughly 5.4 million 2012 population lived there. 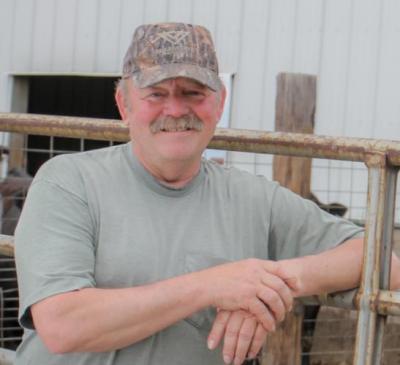 The day after Valentine’s Day this year, Winona’s Jim McNally, 66, had a stroke near Alexandria, roughly 130 miles northwest of Minneapolis, where he, his wife and some friends were planning do some ice fishing.

“They pushed the screen to the foot of the bed and told me, ‘You’ll be able to see the neurologist in St. Cloud … . He’ll take a look at you,’ ” said McNally, who’s for decades farmed 320 acres with corn, soy beans, hay and beef cattle. Prior to the stroke, McNally said about the most serious ailments he faced were high cholesterol and blood pressure.

Dr. Muhammad Fareed Suri prescribed an injection that McNally described as “a clot buster.” Then an ambulance took the patient to the hospital in St. Cloud.

“The next day, I was up walking around – no one could believe it,” McNally said during a phone interview. “If it wouldn’t have been for that monitor and everyone making all the right calls … thank the Lord everything worked out. I have lots of people to thank.”

Telemedicine technology is one of the ways health systems such as CentraCare, the Mayo Clinic and others in Minnesota are connecting rural doctors and nurses to facilities with more resources.

“It’s definitely a rural solution for areas that can’t get access to specialists any other way,” said Jonathan Linkous, chief executive officer of the American Telemedicine Association, based in Washington, D.C. Though Linkous said awareness that telemedicine exists in rural regions remains an issue.

“We need to do a lot better job communicating to consumers that this is a possibility for them,” Linkous said.

“Seniors can call this hotline and get help with everything from finding a provider to getting transportation to and from the doctor,” the senator said in an email.

Another barrier to telemedicine becoming more common is figuring out a way “for the physician to get paid for this type of service,” Linkous said. Regulatory barriers under Medicare still exist.

But Franken and other members of Minnesota’s congressional delegation are seeking changes.

Franken recently became co-chair of the Senate Rural Health Caucus and introduced the Rural Hospital and Provider Equity Act in May. Part of that bill, currently in the Senate Committee on Finance, would offer more Medicare reimbursement “for the higher cost of providing care in rural areas,” Franken said.

Minnesota has run a loan-forgiveness program since 1990 for health-care providers, said Schoenbaum, the state’s rural health and primary care director. With an annual budget of $740,000 a year, “the program can fund approximately 15 new participants each year, including about two physicians,” Schoenbaum said. “There are about 60 to 65 active participants at any one time.”

About 100 applicants apply annually, he said. Participants must make at least a three-year commitment.

“Retention after participants complete their obligation is very good,” Schoenbaum said. Physicians who remained after fulfilling their commitments hit 86 percent, according to a 2007 report evaluating the program. The results for nurses were even better, with 93 percent remaining.

Such recruitment bonuses are crucial to attracting physicians to Greater Minnesota, said many interviewed for this story.

A salary guarantee is another tool, said Dr. Keith Stelter, an associate director of the University of Minnesota Mankato Family Medicine Residency. He’s also a core faculty member, and an alumnus, of the university’s Rural Physician Associate Program.

Many new family doctors today are reluctant to become “one- or two-doctor shops” in rural areas, Stelter said.

“Twenty or 30 years ago it was not a big deal to set up a practice,” he said. “Now, with the complexity of medicine, a lot of new physicians want to go to a place with five or six doctors so they can bounce ideas off each other. That’s a little difficult to do with small populations.”

Ryan Smith, site administrator for the Mayo Clinic’s St. James facility, said Mayo has moved away from the model of one physician solely responsible for a patient’s well-being.

“We have a collaborative, team-based approach,” Smith said during an interview last month. “A nurse practitioner, a nurse, a physician and others work together to build a relationship with the patient – and each other.”

Without that team strategy, costs become too high, Smith said. And faced with the rural-doctor shortage, it only makes sense.

“There are lots of things that other providers besides the physician can do,” he said. “It’s about value. We allow people to work at the top of their licensures.”

For more than 40 years, the University of Minnesota Medical School Duluth campus has focused on training doctors to practice in rural communities. About 60 students enter each year, said Dr. Raymond Christensen, the school’s assistant dean for rural health.

The Duluth program differs from many medical schools nationwide because of its investment in primary care, pediatrics, internal medicine and family medicine, Christensen said.

“We want people to go back and practice in rural Minnesota,” he said. To increase the chances of that occurring, admissions officials screen applicants’ backgrounds for indications that they have an affinity for and an understanding of the rural lifestyle, Christensen said.

The school’s Rural Physician Associate Program places between 30 and 40 third-year students in a rural site for nine months. There the budding physicians learn skills within family practice, primary care and general surgery – and some sub-specialties including pediatrics, urology, orthopedics and obstetrics and gynecology, Christensen said.

Mankato’s Stelter is an alumnus of the program.

Yet, even with this effort to fill the rural-medicine gap, another obstacle prevents Greater Minnesota from receiving the needed influx of doctors. The impediment came up over and over in conversations with doctors for this story.

It’s not the relatively lower pay that primary-care physicians earn compared to their colleagues who enter other specialties — though, that, too, is a hindrance, many interviewed acknowledged.

It’s the lack of residency spots.

While the number of medical-school graduates continue to increase, residencies for primary-care doctors have not, Christensen said. A residency could be described as “a (required) graduate medical-education program,” he said.

“We have more medical-schools students than residency spots,” Christensen said.

Most of the dollars that fund residencies come from the federal government, Christensen said. Medical specialties compete with each other to obtain residency dollars and expand sites offering specific residencies.

“With fewer and fewer sites available, we’re full now,” Christensen said. “We need more rural sites. The federal government has to put more money into that.”

Franken said he is “open to hearing any idea that will get health providers to the rural communities that need them.”

With more of that type of assistance, more medical students who want to practice in rural Minnesota could learn what Stelter did during his stint in the Duluth campus nine-month program.

“Working together with people other than those with letters like ‘MD’ and ‘DO’ behind their names can make a difference,” Stelter said. A “DO” is a doctor of osteopathic medicine. “Health care is a team sport. Pastors, local schools and even businesses can also be health-care providers.”

This series is funded through a regrant by Allina Health from the Robina Foundation. It is conducted in conjunction with media partners Ampers and Twin Cities Public Television (tpt), whose documentaries (click on “Archive” on the linked web page) on late-in-life care are focusing on Minnesotans enrolled in a multiyear Allina study involving patients at this time of life.