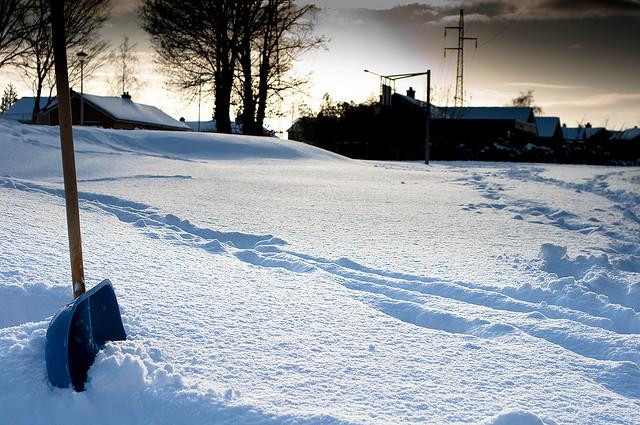 CC/Flickr/Niels Sienaert
In the U.S., more than 65 million people are currently acting as a caregiver for an older adult or a chronically ill or disabled person.

Around this time of year, hospitals and organizations that work with older adults anticipate a flurry of calls that start something like this: “We hadn’t seen Mom in months, and we had no idea things had gotten this bad.” People who are strong and living independently can quietly deteriorate, and when far-flung family members visit, they may find themselves suddenly stepping into a caregiver role, or even dealing with a crisis.

“Right after the holidays, we see a number of people bring their aging family members to the hospital,” says Jennifer Thrall, an RN at Abbott Northwestern Hospital. “They haven’t seen Grandma for months or longer, and suddenly, she looks awful. Her congestive heart failure might be getting worse, she is short of breath, or having a hard time walking even short distances, or is struggling with cooking, or any number of problems.”

Thrall says that people can change dramatically even in the span of two months, and when family members check in with aging relatives over the holidays, they should be on the lookout for signs that things are not going well. Difficulties with housekeeping, remembering to take medication or pay bills, or other signs of serious memory loss are warning signals. But it can be tricky — in an attempt to hold on to independence, sometimes the very old will downplay or conceal their struggles.

Thrall knows this from firsthand experience. One year, at a large family gathering, her grandmother seemed to be having a fine time, smiling and engaging with her relatives. But after the event, she confided, ‘All of those people pretended to know me, so I just went along with it,’” said Thrall. “We knew she had beginning Alzheimer’s disease but it was much worse than the family suspected.”

Anticipating difficulties before they arise is key, says Maureen Kenney, Caregiving Services Manager at the Wilder Foundation. Typically, aging comes in stages, as does disease. There can be time to make a plan.

“Typically, caregivers call us when there’s a change or a crisis. But when you are in a crisis, your options are limited. Our goal is to help people live longer in their homes and communities, and in order to do that well, we want to proactively engage with caregivers — maybe before they even realize they are caregivers.”

In the U.S., more than 65 million people are currently acting as a caregiver for an older adult or a chronically ill or disabled person, according to the AARP. In Minnesota, that number exceeds half a million (National Family Caregivers Association). However, says, Kenney, in the beginning, many of those people don’t consciously identify themselves as caregivers. “They call it ‘picking up groceries for mom,’ or ‘shoveling the walks for a neighbor’ or ‘taking Dad to his doctor’s appointments.’ We call it ‘caregiving.’ Those little acts make a big difference in preserving quality of life for older people, and they are the first acts in the progressive experience of caregiving.”

When people recognize, in the earliest stages of need, that they are caregivers, they are able to develop better skills and access more community resources. As the degree of involvement inevitably increases, they will have more options and be prepared for a variety of scenarios. “Until you self-identify as a caregiver, your eyes glaze over when you hear about it. And then the person you’re helping doesn’t have as good a chance at the best possible care later on.”

As the baby boomers age, the U.S. health care system will not have institutional care capacity for all the older adults who will need it, according to the Harvard Joint Center for Housing Studies and the AARP Foundation. By 2040, the number of Americans age 80 and older will reach 80 million, three times as many as in 2000. Housing capacity and the number of professional caregivers are not expected to keep up with this demand, making non-paid family or community caregivers essential. When these caregivers access support early, nursing homes, hospitals, and assisted living facilities come into play at a later point in time, saving money and improving quality of life.

In the past decade, organizations like Wilder have been working to increase community capacity to help individuals, so that formal services are held off longer. Wilder is focused on services for the East Metro area, including caregiver coaching, support groups, meeting facilitation for families that disagree about care strategies, and family memory care support.

And it’s not just about family caregivers. Informal networks of neighbors, coworkers, churches and cultural communities enrich the life of the person being cared for and expand the ability of family caregivers to provide better, longer care. In other words, when the burden isn’t on just one person, it’s not as heavy.

When caregiving becomes too much

“Caregivers call us for assistance finding services for the person they are helping. But we ask them, ‘How are you doing? Are you stressed? Ill? Missing work? Having trouble meeting other family commitments? Can we take something off your plate?’ When caregiving starts infringing on your physical or mental health, it’s time to reach out and get help,” says Kenney. “If it’s all on that one caregiver, they will suffer and ultimately there will be problems for the person being cared for, and the larger community. A big part of our mission is to support the caregivers themselves.”

While caregiving can be emotionally satisfying, the physical, mental and financial toll on the caregiver can be enormous. According to the Caregiver Action Network, more than 10 percent of family caregivers say the stress of caregiving has caused their own health to deteriorate. 40-70 percent of caregivers exhibit symptoms of depression. 55 percent skip their own doctor appointments. Studies have found that the stress of caring for a person with dementia impacts the immune system of the caregiver for up to three years after their caregiving ends (National Academy of Sciences).

And then there’s the financials. According to the AARP, the average caregiver spends 20 hours a week providing care; 13 percent spend 40 hours or more. 47 percent of caregivers report that their caregiving responsibilities caused them to use up all of their savings. 66 percent of caregivers have had to make adjustments to their work life, from missing work to leaving work entirely. Metlife estimates that American businesses lose $34 billion a year from employees missing work to care for family members over age 50. 66 percent of non-paid caregivers are women. The estimated value of caregiving services provided free in the U.S. is $375 billion a year. (National Alliance for Caregiving and Evercare.)

When Susan Allen Toth cared for her husband, James Stageberg, who died from Parkinson’s disease in 2010, she found the literature aimed at caregivers long on platitudes and short on reality.

“Most are meant to be inspirational. One of them — I think it was called ‘The Gift of Caregiving’ — tried the make the case that it was a completely sweet and wonderful experience. It isn’t. I loved caring for James, and I wouldn’t change a thing, but it was incredibly hard. There were plenty of days when I felt like the next person who told me to ‘treasure every moment’ would get bashed on the head.”

Her own memoir, “No Saints Around Here: A Caregiver’s Memoir,” levels with readers about the hard realities and tough decisions involved in long-term caregiving. “Most people aren’t prepared for this experience. Even with help — which I was so lucky to have — I was just barely making it.”

In the early stages, Toth cared for Stageberg by herself. But as the disease progressed, the physical nature of Parkinson’s made basic daily routines overwhelmingly difficult. When she found herself housebound by the demands of his care, unable to take even a few minutes away for lunch or a short walk, they decided to bring professional caregivers into the home. At first, they used a home health-care agency, but the inconsistent, rotating cast of help — and the cost — was hard on the couple. They eventually found individual caregivers with whom they could build relationships. In the later stages, she visited a series of facilities that would take on the caregiving job, but at huge costs. She wanted to keep him at home. But she says she wouldn’t have been able to do it without the help of paid caregivers.

“I talk to people who can’t afford help. Or people who say their husbands are adamant about not bringing in help. At one book event, a woman came up to me and said, ‘Please tell my mom it’s OK to get help and take a break. It’s killing her.’ But the mom said, ‘Oh, no one can take care of him like I do.’ But if the caregiver tries to go it alone, they suffer. Some of them die before the person they are caring for,” says Toth. “When people tell me they are caregivers, I tell them to take a break. To never apologize for needing to take a break — to apologize for not taking a break.”

Toth says her situation was made easier in that the couple had savings and Stageberg had a pension. But they also had time to make a plan; Parkinson’s doesn’t happen overnight. Toth was able to research her options and deploy them as needed, albeit with constant adjustments. But the bulk of the caregiving burden fell on her, alone. Stageberg needed constant care for about four years.

Toth sees other people in it for far longer, and she worries about them. She wants to get the word out to other caregivers: “Take care of yourself too. For everyone’s sake. Ask for help, and do it sooner rather than later.”

The series is funded through a regrant by Allina Health from the Robina Foundation and is conducted with media partners Ampers and Twin Cities Public Television (tpt), whose documentaries are focusing on Minnesotans enrolled in a multiyear Allina study.

Tuesday: “Family caregivers often asked to perform medical tasks with little or no training,” a Q&A by Susan Perry.

Late-in-Life: Unpaid caregiving ranges from shoveling the walk to working 24/7