The inquiry stems from a relatively new field of scientific research that is promising enough to have prompted major initiatives at the University of Minnesota, the Mayo Clinic and other prominent institutions worldwide.

Epigenetics also is bringing welcome relief to philosophers and theologians who’ve objected that the commonly understood dictates of DNA were far too rigid, that humans are more than mere hardwired products of their genes.

Epigenetics may not be a common word in your insurance office or health clinic. Not yet. But for the Minneapolis company GWG Life, it comes down to an innovative tool for gauging whether a person might beat his or her chronological age and live longer than the life-expectancy charts would suggest. Or, on the darker flip side, die earlier. The company, which buys life insurance policies from seniors, has begun collecting saliva samples and analyzing them for epigenetic markers that could provide indicators of overall health and life expectancy.

The approach is based on research done at University of California, Los Angeles (UCLA) by a biomathematician named Steve Horvath. A 2014 profile in the journal Nature said he has “discovered a strikingly accurate way to measure human ageing through epigenetic signatures.”

GWG Life obtained rights from UCLA for use of technology based on that discovery, and it is working to deploy it as a new tool for life insurance underwriting.

“It’s so novel,” Jon Sabes, GWG’s CEO, said. “We are bringing a real commercial application from a scientific discovery that I think will benefit consumers … and that’s great. But boy, the underlying science behind epigenetics, how our environment impacts our biology … it’s just so fascinating. For me that has been the big reward of this adventure.”

Generations of students have drilled on the basics of DNA: Every cell in our bodies contains our master code, the full lineup of the genes we inherited to develop, grow and function for life. The codes in those genes are deployed to carry on the business of bodily life, and the underlying genes don’t change unless a mutation occurs. 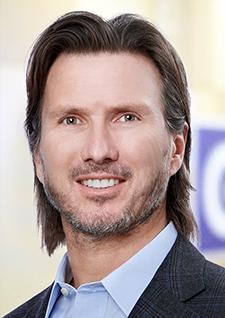 That’s the simple picture. Now comes epigenetics. It turns out that lifestyle and environment can influence our genes more than was previously thought. Even while the DNA lineup remains hardwired, chemical compounds – often methyl groups — can attach to DNA or its key cellular companions and effectively switch the genes off or on.

University of Minnesota scientists are studying such epigenetic markers as they play into obesity, smoking, cancer, heart disease and other conditions. An overall goal of the various studies is to determine how behavior — such as smoking — and environmental factors — such as air pollution or even stress — can change the effective work of DNA.

Beyond shedding new understanding on the medical conditions, the research could lead to new treatments and medicines that can specifically target epigenetic markers.

The shift toward examining genes in their environmental context is applauded by many theologians and philosophers for whom biology had become too mechanistic, leaving little room for alternative interpretations of nature and its intricate systems – even, little room for mystery.

“None of this is absolutely new, but I think there has to be a shift that is going on and biology is now more open to a holistic perspective than it was a few decades ago,” said Fraser Watts, past president of the International Society for Science and Religion (ISSR) based in Cambridge, UK. 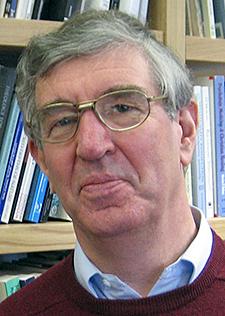 Watts made his remarks at a conference at Oxford University in July sponsored by the Oxford-based Ian Ramsey Centre for Science and Religion and the ISSR. Other speakers, primarily from the U.S. and the UK, expanded on the need to preserve morality, values, religion and meaning in a context where the basic biological elements of life are mapped down to the level of the genome.

Be wary, Watts said, of the deterministic view that human character and behavior are shaped by genes alone; that view distorts the reality of the living world. A more holistic view takes into account the complex relationship between parts and wholes.

Watts cited epigenetics as a prime example of a more complex perspective on the science of life. At its heart is the recognition that in real life DNA interacts with other factors that can effectively switch genes on and off. At least at this point of the research, epigenetics kindles a new awareness of the many secrets of life that are yet to be discovered.

At GWG Life, much mystery remains about the epigenetics of longevity. The model the company is using does not necessarily identify epigenetic markers linked to specific diseases, said Sabes. Instead, it is built on a statistical framework incorporating data about longevity and epigenetic markers across broad population sets.

While many questions remain about the reasons this approach works, the model has withstood numerous challenges, and it has been replicated by other scientists, Nature reported.

GWG Life’s primary business is the secondary market where the company buys policies from seniors who no longer need them. While GWG is collecting and analyzing saliva samples, it doesn’t expect to factor the analysis into insurance policies until early 2018, Sabes said.

“Right now we are collecting and testing,” he said. “And we are working on developing our underwriting algorithm that’s derived from the longevity markers.”

Once the commercial model is ready, GWG’s target customers will be other insurance companies in the primary market, he said.

Ultimately, he said, the epigenetic model should “allow us to be more precise in our underwriting, and we think that’s a big deal, not so much for our business but more so for the primary life insurance industry.”

Reporting for the Oxford conference section of this story was supported in part by the International Society for Science and Religion.

Beyond DNA: Research has Minnesotans looking at how behavior and environment affect lifespans