Security force: The Mall has its own internally run private security force of more than 100 officers who work with the Bloomington Police Department to prevent crime. It is highly unusual for a mall to train and run its own security force, according to Dan Jasper, director of public relations. The Bloomington police have a sub-station in the Mall and are on hand to deal with more serious issues and to make arrests if necessary.

Crime: Mall of America crime rates are increasing, but they don’t near their all-time high in 1998. Theft, disturbance and drug-related crimes are particularly on the rise, while crimes like assault, vehicle theft and vandalism are declining. Theft, unsurprisingly, is by far the most common. 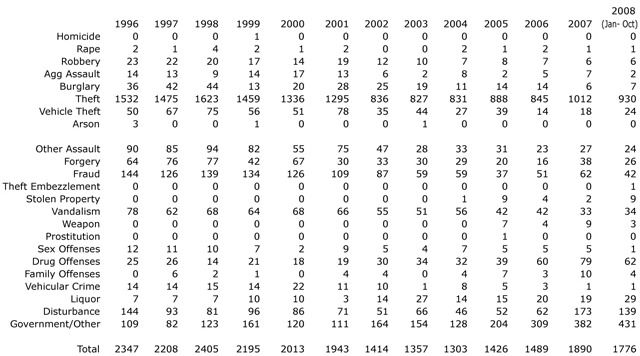 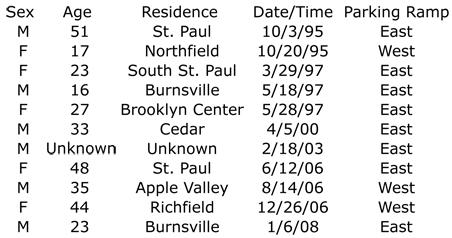 Crime and security at the Mall