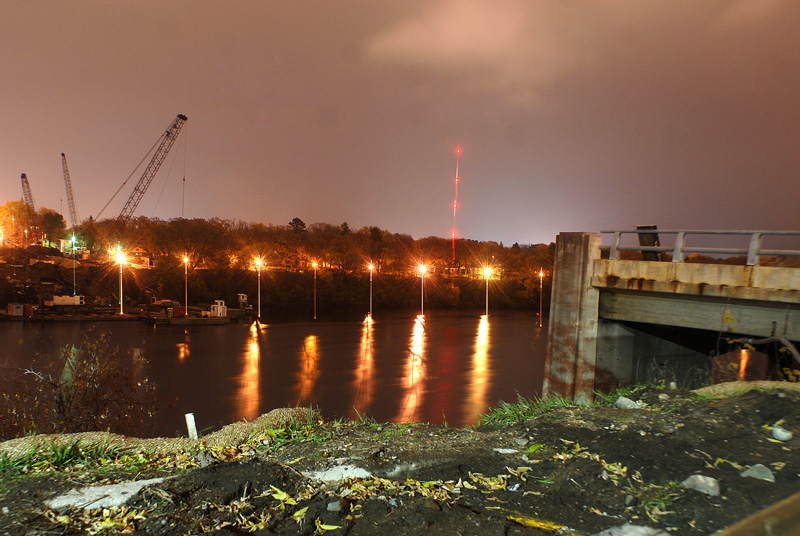 The remains of the highway 23 DeSoto bridge in St. Cloud/Photo by Alissa Haupt

Issues: The bridge’s gusset plates are bent in four places. It was one of 25 bridges with a design similar to the I-35W that underwent inspection. The inspection resulted in the bridge’s closure.
Fracture critical? Yes

Construction starts in: The bridge closed March 20, 2008, after inspectors discovered distortions in the gusset plates. Dismantling of the bridge began Aug. 25, 2008.

Construction should finish in: 2010. It will be open to traffic by November 2009.

Detour: To learn about the detour, go here.

New bridge: The bridge will have four lanes with potential to expand to six. It will have curved steel girders and overlooks for pedestrians. Since St. Cloud is known as the Granite City, three local quarries will supply granite for brickwork to accent the bridge.