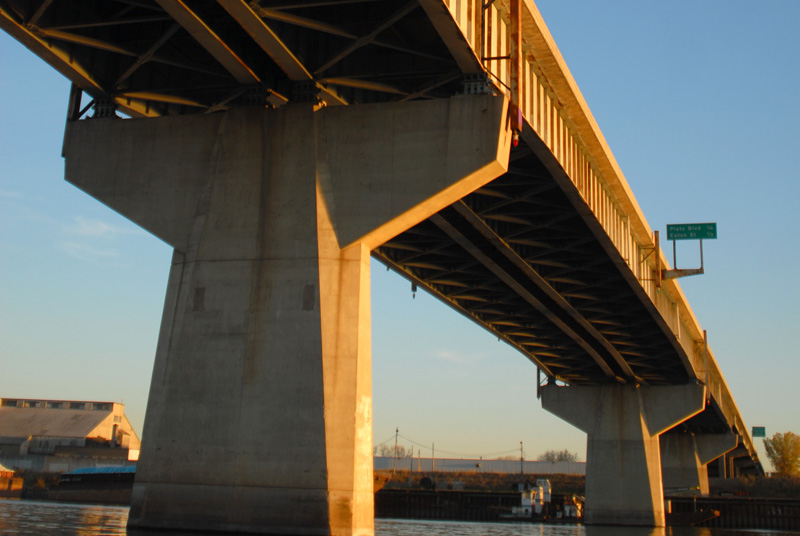 Issues: The Lafayette Bridge was constructed in 1968 using a design typical of the time. Similar to many bridges of the era, it has problems with structural steel fatigue. It also has inadequate shoulders, deteriorating concrete and rust issues. It does not carry the traffic volume it should. In 1985, a beam broke and the bridge tipped a bit, requiring major repairs. There are entrance and exit issues on the interchange with Lafayette Road, East Seventh Street and I-94, which could require more extensive construction.

Detour: There will be no detour. Traffic will be maintained on the existing bridge during construction of the new one.

New bridge: The new bridge will have two separate structures. As the first structure is constructed, traffic will be maintained on the old bridge. Traffic will transfer to the first new structure while the second part is built.